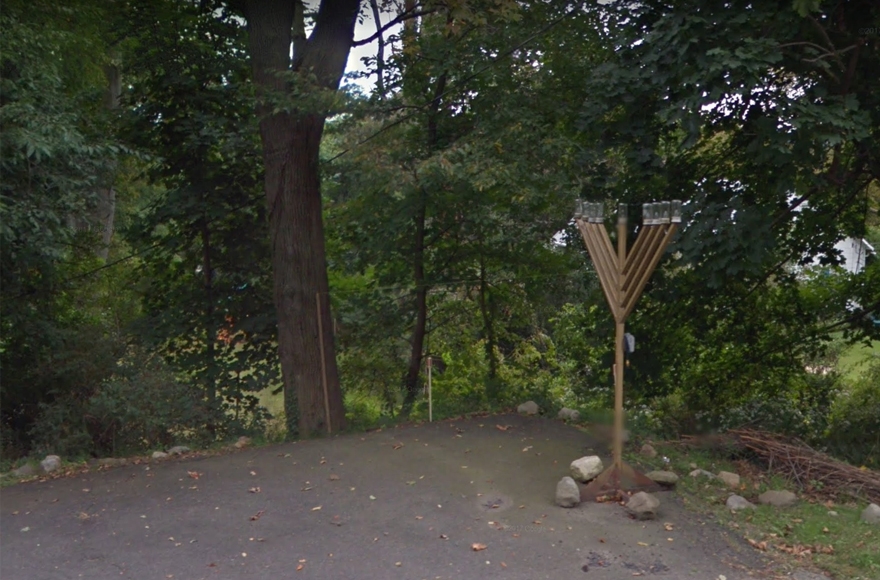 Screenshot of a menorah outside Valley Chabad. (Google Streetview)
Advertisement

(JTA) – The federal government is suing a New Jersey borough over allegations that it improperly restricted an Orthodox Jewish congregation from expanding its house of worship.

As reported by NorthJersey.com, the Valley Chabad congregation operated a 3,194-square-foot building on a 1.27-acre site since 1998, often holding events off-site, as it claimed the site did not meet its needs.

The congregation attempted to relocate at least three times since 2005, but could not because of action by the borough council or its members.

In 2014, the congregation applied to the borough zoning board to raze its building and replace it with one nearly six times larger. The board held 18 hearings, eventually suggesting six alternative properties, before denying the application, causing Valley Chabad to lose money, according to the lawsuit.

“Federal law protects all religious communities from discrimination and unlawful barriers when they seek to build a place of worship,” U.S. Attorney Craig Carpenito said in a news release. “According to the complaint, the Borough of Woodcliff Lake imposed a substantial burden on Valley Chabad’s religious freedom by repeatedly meddling in its attempts to purchase property in the area and citing subjective and misleading reasons to justify denying its zoning application.”

An attorney for Woodcliff Lake disputed the claims.

“There is no evidence to support the claim that borough officials did anything to interfere in the attempts by Valley Chabad to purchase other properties,” Ronald Dario told NorthJersey.com. “In fact, the borough has attempted to assist Valley Chabad by identifying other larger plots that can easily accommodate their needs. For reasons unknown to the borough, Valley Chabad has walked away from other projects and failed to entertain the idea of building on approved locations within the borough, which were in conformity with the borough’s land use regulations.”