Israel to launch moon mission from Florida in December 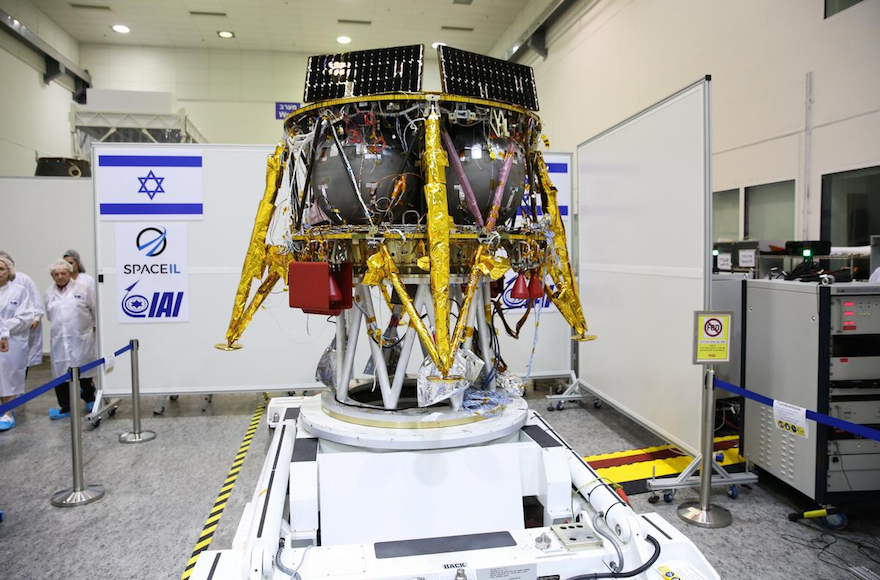 The first Israeli lunar spacecraft was originally scheduled to be launched in December. (Eliran Avital)
Advertisement

(JTA) — Israel will launch a rocket from Florida in a bid to become the fourth country to reach the moon.

Israel Aerospace Industries and the nonprofit SpaceIL announced Tuesday that they plan a December launch from Cape Canaveral to land on the moon on Feb. 13. The landing would culminate eight years of collaboration on the $88 million project.

Private donations mostly paid for the project, including from the American businessman and Jewish philanthropist Sheldon Adelson. SpaceIL’s president, Morris Kahn, has provided about $27 million.

The United States, Russia and China are the only nations to have landed on the moon.

The spacecraft’s journey to the moon will last about two months. The Israeli craft will be the smallest to land on the moon, weighing only 1,322 pounds or 600 kilograms.

Upon its landing, the spacecraft plans to take photos and video of the landing site while also measuring the moon’s magnetic field as part of a Weizmann Institute scientific experiment.

“After eight challenging years, I am filled with pride that the first Israeli spacecraft, which is in its final construction and testing phases, will soon be making its way to the moon,” Kahn said. “I have experienced numerous challenges in my life, but this was the greatest challenge of all.”

He added: “The launch of the first Israeli spacecraft will fill Israel, in its 70th year, with pride. It is a national accomplishment that will put us on the world’s space map.”

“As one who has personally brought the collaboration with SpaceIL to IAI, I regard the launch of the first Israeli spacecraft to the moon as an example of the amazing capabilities one can reach in civilian space activity,” he said.