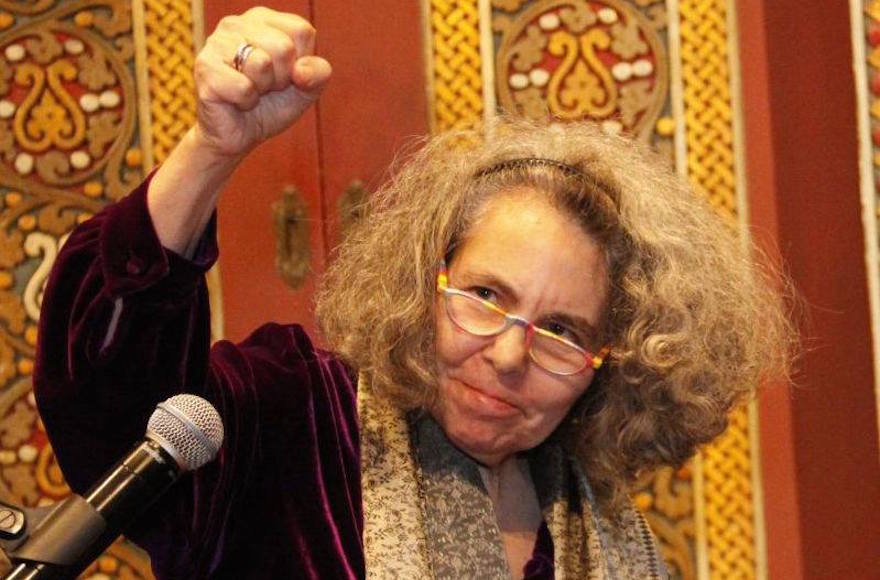 NEW YORK (JTA) — Melanie Kaye/Kantrowitz, a writer and progressive activist who was the founding director of Jews for Racial and Economic Justice, has died.

Kaye/Kantrowitz died Monday from Parkinson’s disease, her partner, Leslie Cagan, wrote on Facebook. She was 73.

The essayist and poet, a Brooklyn native, said her Jewish upbringing helped motivate her activism. Kaye/Kantrowitz published essays and poems on issues including anti-Semitism, the intersection of Judaism, gender and race, and relations between Jews and African-Americans. She was active in the LGBTQ community and wrote about her identity as a lesbian Jew. As the founding director of JFREJ in 1990, she fought against racism and economic injustice.

“She was a brilliant feminist poet, essayist, and lesbian activist who fought tirelessly against racism & antisemitism,” JFREJ wrote in a Facebook post on Tuesday. “She sparked our collective, radical imagination and opened our minds to an expanse of possibilities.”

She was born Melanie Kaye and later added Kantrowitz to honor her Jewish roots. Her parents had anglicized their last name from Kantrowitz prior to her birth.

In a public Facebook post, Cagan said Kaye/Kantrowitz had fought Parkinson’s disease for years, but more recently the disease had started to affect her mind in addition to her body. Cagan said that despite the passing of Kaye/Kantrowitz, she was “filled with joy knowing how many people she touched.”

“As a friend, as a co-worker, as a teacher, as a writer — an incredible writer — as a sister and comrade and co-conspirator in the struggle for justice and peace, Melanie’s presence was often soft but always strong,” Cagan wrote. “Her moral compass was always set in the right direction, and she always had the courage to speak out, to take action, and to bring others along with her.”