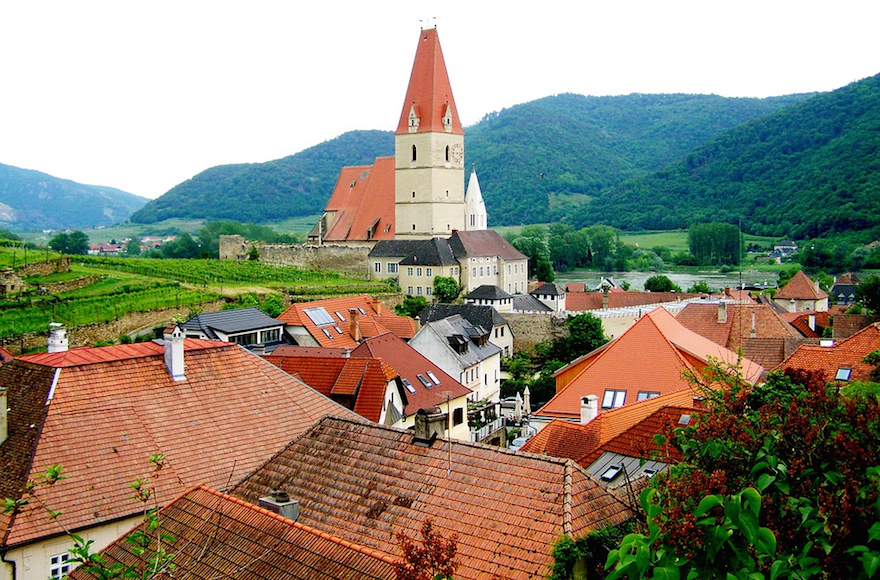 A politician from Lower Austria, one of the nine states that make up the Federal Republic of Austria, floating a plan limiting access to kosher meat. (Maxpixel)
Advertisement

(JTA) — A regional politician in Austria defended a plan to limit access to kosher meat, conditioning its sale on permits that would be individually issued to observant Jews.

The Wiener Zeitung daily reported Tuesday about the draft decree in the state of Lower Austria, one of nine states that make up the federal Republic of Austria. Gottfried Waldhäusl, the Cabinet minister in the state government of Lower Austria in charge of animal welfare and several other portfolios, defended the plan as necessary “from an animal welfare point of view.”

Oskar Deutsch, the president of the Jewish Community in Vienna, warned that in practice, the plan would require compiling a list of Jews, which he called “like a negative Aryan clause,” referencing racist laws passed by Nazi Germany and implemented in Austria after its merger with Germany in 1938.

“Soon with a star on the chest?” a spokesperson for the group wrote on its official Twitter account. “This is an attack on Jewish and Muslim life! #Anti-Semitism.”

Jewish and Muslim religious laws require animals be conscious when their throats are cut for the mean to be kosher or halal, respectively. Judaism imposes stricter limitations on how animals should be slaughtered to ensure a swift dispatching. Critics of the production of kosher and halal meat say it is cruel, though advocates of the practices argue they cause less suffering overall because they are designed to be as painless as possible and cannot be fully mechanized.

The Wiener Zeitung did not say whether the draft decree extends also to halal meat.

Waldhäusl, the animal welfare official from Lower Austria, is the state’s only Cabinet minister from the populist Freedom Party, which was created by a former Nazi SS soldier in the 1950s and opposes immigration from Muslim countries.

The party has had many scandals involving anti-Semitism by its members and representatives, though its leaders say their party is not anti-Semitic and will not tolerate expressions of such sentiments in its ranks.

Klaus Schneeberger, the regional leader of the ruling Austrian People’s Party of Chancellor Sebastian Kurz, told the ORF broadcaster that the plan will not be implemented.

“Of course, nobody will have to register to buy kosher meat. There will be no such thing,” he said.

In Lower Austria, Gov. Johanna Mikl-Leitner is from the Austrian People’s Party, along with seven out of the nine Cabinet ministers.

“In Lower Austria, we are not here to provide meat to the Viennese,” Waldhäusl told the daily about his state, which contains vast farmlands and encircles the far smaller state of Vienna, where the vast majority of Austria’s some 8,000 Jews live.