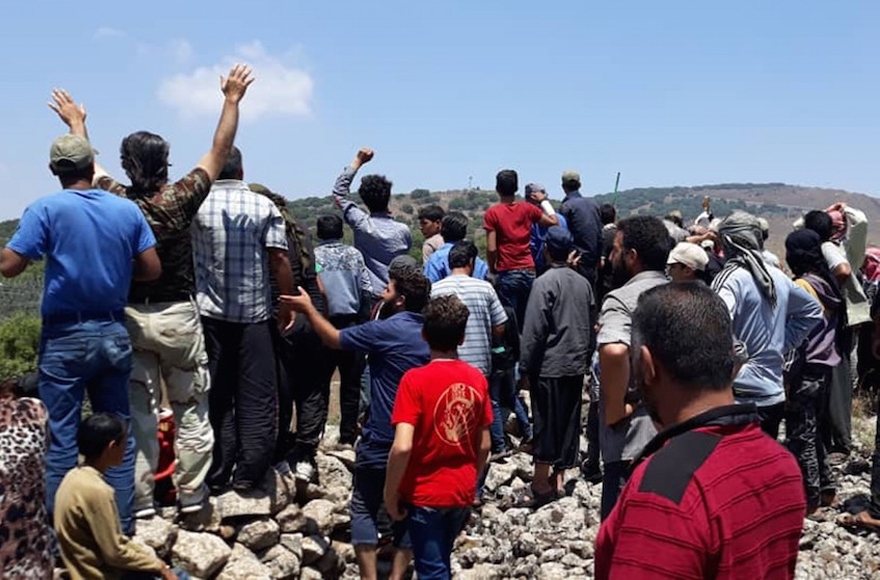 The refugees, including women and children, stopped some 200 yards from the fence and were told by Israeli soldiers manning the area to turn back, Reuters reported.

“You are on the border of the State of Israel. Go back, we don’t want to hurt you,” a soldier shouted in Arabic through a loudspeaker in footage caught by Reuters TV. “Go back before something bad happens. If you want us to be able to help you, go back.”

Israel’s army has been providing food, medical care, tents and clothing to the tens of thousands of refugees who have poured in to the border area amid the fighting in the southern part of their country between troops loyal to Syrian President Bashar Assad and rebel forces. But Israel has said it will not allow the refugees to enter Israel.

Towns near the border area of Syria in the Golan have been under heavy bombardment from pro-Assad sources that are said to be backed by Russia.

Meanwhile, Syria reportedly has agreed not to deploy its forces or equipment in the demilitarized zone with Israel.