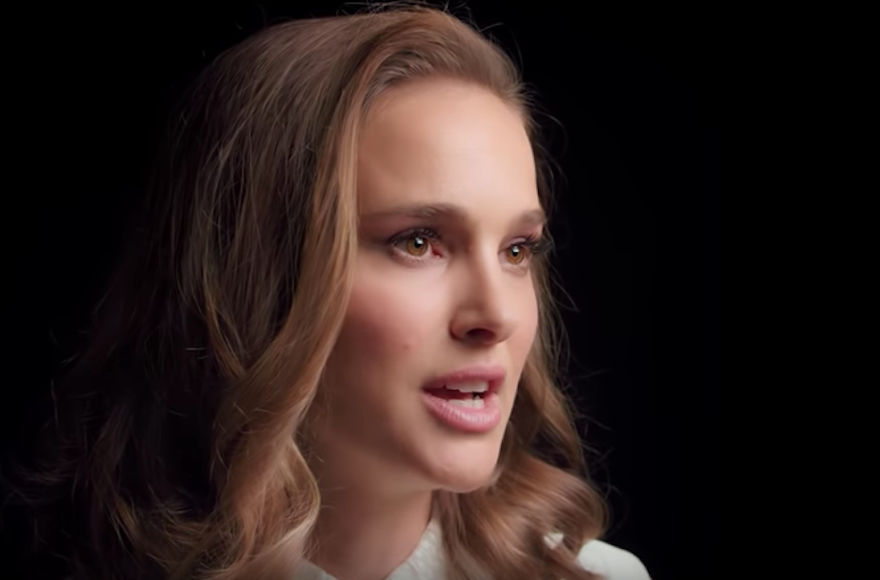 Natalie Portman in an ad for PETA. (Screenshot from YouTube)
Advertisement

(JTA) — Natalie Portman is vegan, and she has made a video about another famous Jew who didn’t eat animals: Yiddish novelist Isaac Bashevis Singer.

The video is an ad for PETA, or People for the Ethical Treatment of Animals, but it doubles as a history lesson about Singer’s life and a reminder what she and he have in common as Jews.

As Portman explains, Singer grew up in the same area of Poland as her own ancestors did. Like members of her family, Singer “fled the horrors of the Holocaust,” immigrating from Poland to the United States in 1935.

Portman draws a parallel between the inhumanity he witnessed in Europe and Singer’s vegetarianism, which she says was born out of a profound empathy for other creatures.

“[T]he cruelties he witnessed made Singer one of the most powerful writers of the 21st century. When Singer stopped eating animals he famously declared: ‘I did not become a vegetarian for my health, I did it for the health of the chickens,’” she says.

Singer wrote exclusively in Yiddish, and perpetually wove Jewish themes into his fiction. Translations to English helped him garner a wider audience and an eventual Nobel Prize in 1978. Portman points out that multiple stories of his touch on vegetarianism through a Jewish lens.

In the novel “Shosha,” Singer laments that “we do to God’s creatures what the Nazis did to us.” In “The Slaughterer,” a short story, the protagonist struggles to balance his love of animals with his occupation as a community’s ritual slaughterer.

“I think it just really made me aware of how the factory farming world doesn’t let us see what’s going on,” she said recently. “It’s so hidden, and you’re not even allowed to talk about it.”