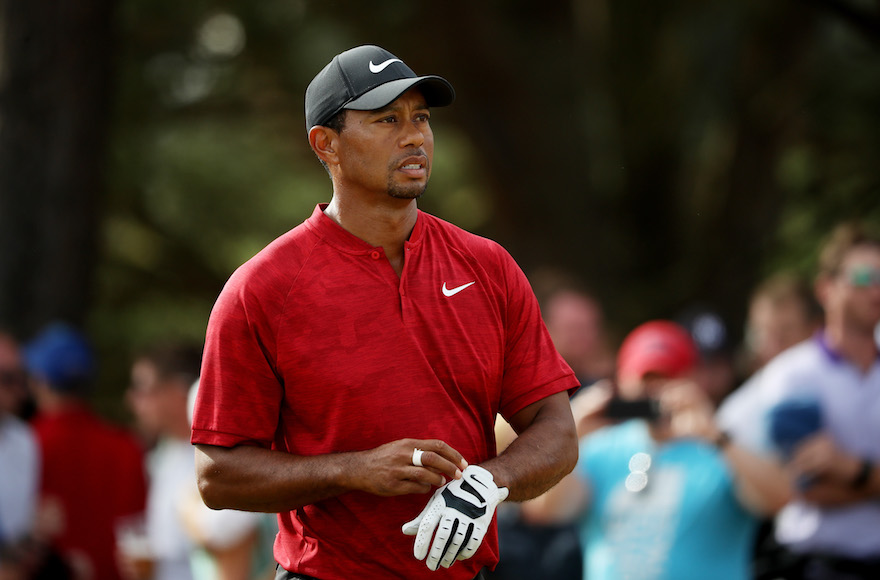 (JTA) — A heckler who shouted “Free Palestine” at Tiger Woods was ejected from the British Open.

On Sunday, Woods was on the backswing of his final tee shot when the heckler twice shouted about Palestine, according to British media reports. After the drive, the American golfer dropped his club and shouted “No!”

Woods was chasing his 15th major title — his first since the 2008 U.S. Open — and had the lead halfway through the final round before faltering and finishing three strokes behind the winner, Francesco Molinari.

“People are trying to yell out things to try to be on TV or be in social media or whatever it may be,” Woods told reporters following the tournament. “But that was too close to affecting the game of play.”