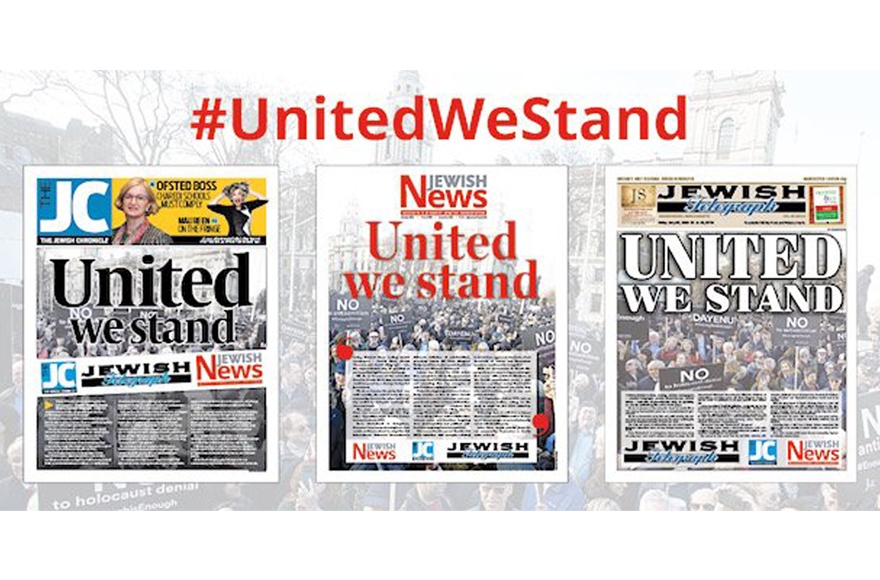 “We do so because the party that was, until recently, the natural home for our community has seen its values and integrity eroded by Corbynite contempt for Jews and Israel,” the editorials posted Wednesday said, referring to the Labour Party. “The stain and shame of anti-Semitism has coursed through Her Majesty’s Opposition since Jeremy Corbyn became leader in 2015.”

The three newspapers are The Jewish Chronicle, long the community’s flagship newspaper; the Jewish News, a relative newcomer; and the Jewish Telegraph, which has editions in many of Britain’s northern cities.

The editorials outlined a series of scandals and controversies that have beset Labour relating to anti-Semitism, culminating in a policy on anti-Semitism that omits Israel-related definitions that have become standard elsewhere.

“Under its adapted guidelines, a Labour Party member is free to claim Israel’s existence is a racist endeavour and compare Israeli policies to those of Nazi Germany, unless ‘intent’ – whatever that means – can be proved,” the editorials said. “‘Dirty Jew’ is wrong, ‘Zionist bitch’ fair game?”

The newspapers noted the political disarray in the country following the 2016 Brexit referendum mandating the withdrawal of Britain from the European Union.

“There is a clear and present danger that a man with a default blindness to the Jewish community’s fears, a man who has a problem seeing that hateful rhetoric aimed at Israel can easily step into anti-Semitism, could be our next prime minister,” the editorials said.