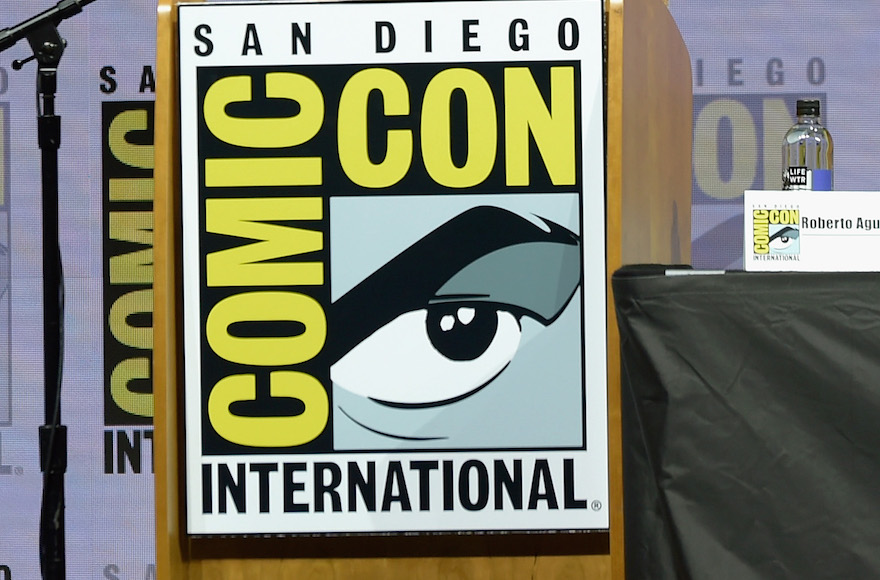 (JTA) — A Holocaust survivor turned out to be the real superhero at the Comic-Con convention in Southern California.

Ruth Goldschmiedova Sax, 90, who survived three Nazi concentration camps, was the main draw of a panel on “Art During the Holocaust” at the popular convention last week in San Diego.

Sax, of Chula Vista, California, told an overflow crowd about how she was forced to stand naked in front of Auschwitz doctor Josef Mengele six times in order to help him decide whether she should be sent to the gas chambers, the San Diego Times reported. She also survived internment in Theresienstadt and Oederan.

Her daughter, Sandra Scheller, displayed slides showing how comics were used as propaganda against Jews. Scheller is the author of her mother’s memoir, “Try to Remember, Never Forget.”

Sax told the audience how she saw drawings and cartoons depicting Jews in an anti-Semitic manner in the German newspaper Der Sturmer.

“We were shocked and surprised by the propaganda and the way Jewish persons were portrayed,” she said. “I remember being scared, wondering how could this be? It was something we could not run away from.”

Meanwhile, according to another panelist, many Jews were among those creating cartoons and comics in the United States showing the defeat of the Nazis.

Esther Finder, the president and founder of Generations of the Shoah, told the audience that Nazi racial propaganda likely fueled the creation of Superman by Jerry Siegel and Joe Shuster of Cleveland, Ohio. She also noted Superman’s Jewish roots from his original name, Kal-El, which includes a Hebrew name of God, and the similarity of his arrival on earth to that of Moses – both placed in a vessel and sent adrift in the hopes that someone would save him and take him in.

Jewish television star Mayim Bialik also made a surprise appearance at Comic-Con after first spending a day on the floor of the convention hall incognito so she could enjoy it with her sons. She wore a Spiderman mask and a baseball cap. Bialik and “Big Bang Theory” co-star Kunal Nayyar joined a panel with the show’s writers.