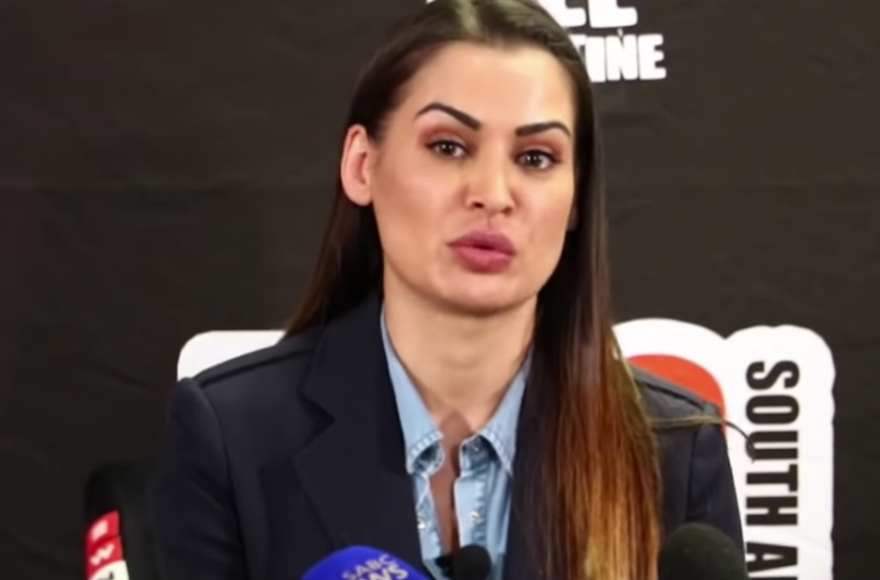 (JTA) — It’s been a dizzying few weeks for South African model and actress Shashi Naidoo, who transformed herself from a harsh critic of the Palestinians to what some are calling a “cover girl” for the Boycott, Divestment and Sanctions movement.

It all began in an Instagram post last month, when Naidoo called Gaza a “s***hole” and accused Palestinian leaders of diverting aid in order to feed its “ambition to annihilate Israel.” She explained that she was defending a South African record producer who had been vilified for performing in Israel.

The backlash was swift. Naidoo said she received dozens of death threats, presumably from supporters of the Palestinians. She was dropped as an ambassador of Glampalm Africa, a hair-styling brand, and by jewelry designer Adila Dhorat. She hired personal security guards out of fear for her life after angry Palestinian supporters circulated her home address on social media.

She then tearfully apologized in a video for having “little knowledge” of the issues surrounding Israel and the Palestinians, and said she would be willing to be “re-educated.” She deleted her Instagram post in support of Israel, but it was preserved in screenshots.

Days after her original Instagram post, on June 20, at a news conference organized by the BDS movement, Naidoo said she would participate in “a fact-finding visit to Palestine” led by the South African Council of Churches and South African Jews for a Free Palestine.

On Wednesday, however, Naidoo was denied entry to Israel because she arrived under the auspices of  the BDS movment.

“It is sad that in today’s South Africa, expressing support for Israel in its struggle against terrorism leads to death threats against those who expressed their support,” the Israeli government said.

Naidoo she had come with an open mind in order to learn more about the issues between Israel and the Palestinians.

“I’m not anti-Israel and I’m not anti-Jewish,” Shashi Naidoo told the South African Jewish Report from Jordan on Wednesday.

The South Africa Jewish Board of Deputies and South African Zionist Federation noted the head-snapping turn of events in its statement.

“It took less than 48 hours for the BDS to do a complete turn-around over Shashi Naidoo,” they wrote. “Indeed, the intention now is to set her up as a poster girl for the BDS movement.” 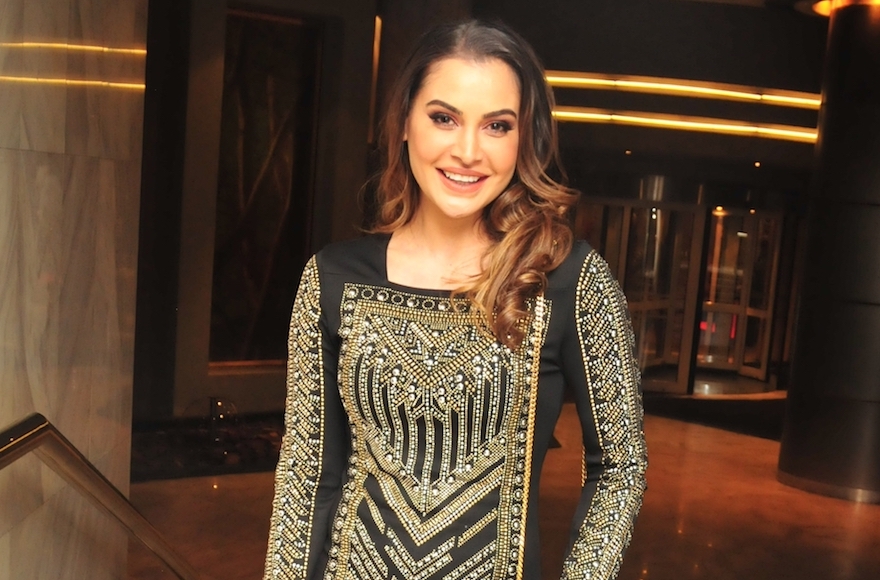 Being turned away at the border on Wednesday should not have come as a surprise to Naidoo, who was informed by the Israeli Embassy in South Africa last week that she would be denied access.

“I believe that flagging an individual whose only intention was to push an agenda of love and light is dubious,” she told the South African Jewish Report in a WhatsApp message. “I have said numerous times that I have no desire to be a political tool. My only hope was to meet the people, experience the land and give aid to those in need. It was never a BDS itinerary. I really am devastated.”

The model, who was married to a Jewish man, Mark Sandler, until their divorce in 2011 after two years, later sent a second message that read, “I was moving to Israel to do my Orthodox conversion. And now, nine months later I am not allowed entry.” She did not elaborate.

The newspaper reported that following the news conference with BDS South Africa and before flying to the Middle East, Naidoo had spent hours listening to lectures by BDS leaders. She declined to meet with the South African Zionist Federation. She also reportedly canceled a scheduled meeting with Israeli peace activists and well-known anti-apartheid journalist Benjamin Pogrund.

Naidoo said her passport was marked with a stamp that makes her ineligible to enter Israel for the next 10 years. But Israel’s public affairs minister, Gilad Erdan, seemed to indicate that the ban could be negotiable.

“Dear Ms. @SHASHINAIDOO I’m sorry that we had to prevent your entry to #Israel today under our anti-#BDS laws You’re welcome to visit Israel — but not under threats & pressure from hate-filled BDS groups, on a trip organized by BDS groups, in order to ‘reeducate’ yourself,” Erdan said in a tweet.

The statement also said: “I personally invite Ms. Naidoo to visit Israel on her own accord and experience the reality on the ground. She will soon discover that what she tweeted was true and accurate.”

Israel has turned away four active leaders of the BDS movement, including Jewish-American activist Ariel Gold. Some observers have said the policy only gives the BDS movement free publicity and activist cache.

“This South African model and others are getting favorable publicity and street cred in their home countries for being barred from Israel for their political views. Isn’t that the definition of a boomerang policy?” asked Allison Kaplan Sommer, a writer for Haaretz.

South Africa’s BDS movement is certainly capitalizing on the moment, as Naidoo was welcomed back to South Africa on Thursday by Nelson Mandela’s grandson and member of parliament, Mandla Mandela. While Naidoo at a news conference continued to describe her trip as “educational” and did not endorse BDS or take sides, Mandela wasn’t shy, calling on his government to downgrade relations with Israel.

“We strongly condemn Apartheid Israel’s refusal of entry to Palestine for Shashi Naidoo and this reveals the true Apartheid character of the occupation,” Mandela said in a statement, according to MSN.com. “The denial of entry shows that apartheid Israel treats the occupied territories of Palestine as a bantustan in which it is the sole arbiter of access. This denial is not only tantamount to an infringement of fundamental human rights, it also violates the sovereignty of the Palestinian state.”

A bantustan was a territory set aside for black inhabitants of South Africa and southwest Africa as part of the policy of apartheid.

In May, South Africa recalled its ambassador, Sisa Ngombane, “until further notice” after Israeli troops killed more than 50 Palestinian protesters and wounded hundreds during protests at the Israel-Gaza border in the so-called Great March of Return that has been ongoing since mid-March. The ruling African National Congress party recently called for the downgrading of the South African Embassy in Israel, which is located in the Tel Aviv suburb of Ramat Gan, due to what it said was the “lack of commitment from Israel on Palestine.”

Shaun Zagnoev, a spokesman for the South African Jewish Board of Deputies, said he welcomed Naidoo’s effort to educate herself about  the conflict.

“Unfortunately, she has chosen to do so through the BDS organization,” Zagnoev said. “The BDS is based on the premise that Israel should be boycotted until it ceases to exist as a Jewish state.”