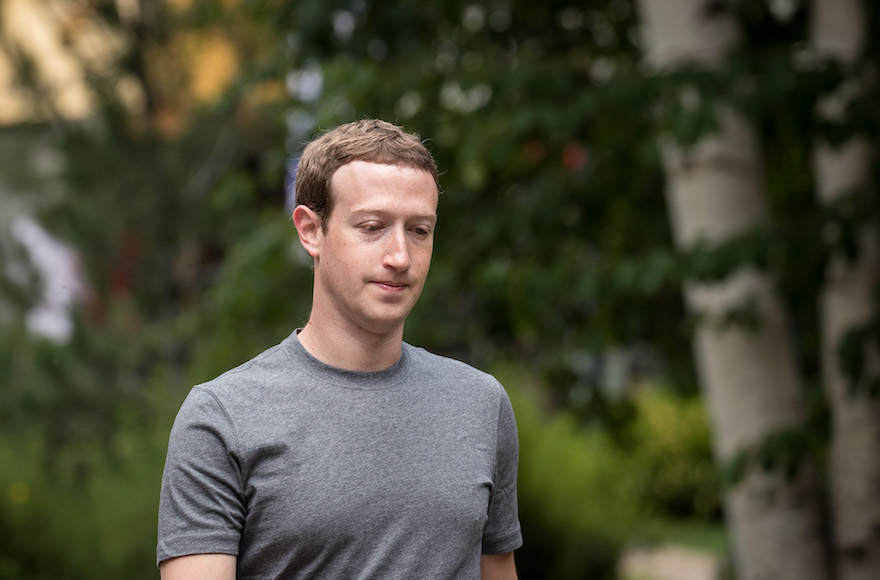 The heads of organizations and experts involved in Holocaust and genocide education offered to meet with Zuckerberg and help raise Holocaust awareness within the Facebook community.

In late July, Zuckerberg said in an interview published online that he would not automatically remove Holocaust-denying posts from the social network he founded.

“Facebook must not allow complete and utter falsehoods about the Holocaust, and about the Jewish people, to go systematically unchecked,” the letter dated Tuesday to Zuckerberg says. “Virulent antisemitism is a proven pathway that leads from rhetorical hatred to actions of violence. Freedom of speech laws are not a reason to do nothing — inaction is always the opportunity for evil to flourish. All genocide starts with distortion of the truth and prejudice.”

The experts later say: “We offer you tangible, rapidly executable steps towards Facebook becoming part of the solution. We can deliver proven educational resources in multiple languages, ready for digital deployment with Facebook — important as you may wish to break the task down by different jurisdictions with different laws.”

They also offer “cost-free professional development programs for educators on Facebook to give them resources, skills and confidence to tackle hate and prejudice, and to teach empathy, understanding and respect.”

In an interview published on the Recode website, Zuckerberg had told tech journalist Kara Swisher: “I’m Jewish, and there’s a set of people who deny that the Holocaust happened. I find that deeply offensive. But at the end of the day, I don’t believe that our platform should take that down because I think there are things that different people get wrong.” He said “I don’t think that they’re intentionally getting it wrong.”

Zuckerberg later clarified his comments, saying “I personally find Holocaust denial deeply offensive, and I absolutely didn’t intend to defend the intent of people who deny that.”

Meanwhile. some 6,000 educational institutions, museums and individuals from around the world signed a Change.org petition started by the New York-based Anne Frank Center for Mutual Respect along with the Association of Holocaust Organizations, and Holocaust Learning and Education Fund calling on Zuckerberg and Facebook to stop hosting Holocaust denial on the social network.