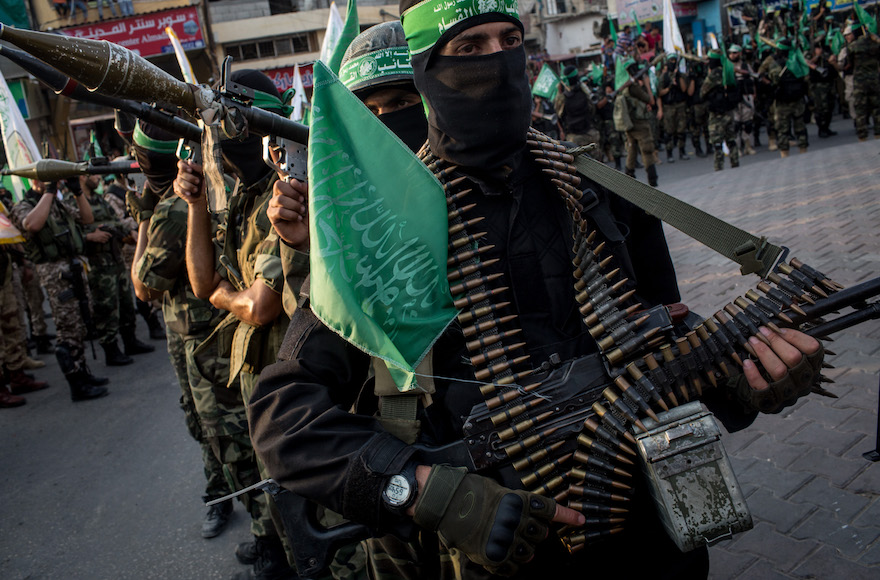 The bill, introduced last week by Sens. Ted Cruz, R-Texas, and Joe Donnelly, D-Ind., would sanction those who use civilians to shield themselves while carrying out attacks. It singles out Hamas and Hezbollah as egregious violators.

Three Democrats and 12 Republicans have sponsored the bill thus far, but a statement Friday by the Anti-Defamation League — a relatively liberal nonpartisan group — could drive up Democratic co-sponsorship.

“We strongly agree that the use of human shields by terrorist groups is illegal, harms innocent civilians, and impedes necessary efforts at self-defense by democracies such as the United States and Israel. There’s clearly a need for this legislation,” the ADL told JTA in a statement. “It would impose concrete penalties against all terrorist groups that do this and encourage the United States to pursue a Security Council Resolution that would force the international community to do more to put a stop to this odious practice.”

Also backing the bill are B’nai B’rith International, the Orthodox Union and Christians United for Israel.

“Sen. Cruz has introduced legislation that sanctions groups which hide behind civilians while terrorizing innocents,” said Sandy Parker, chairwoman of the CUFI Action Fund. “It is unconscionable that such war crimes are not severely and unequivocally condemned and punished. The CUFI Action Fund welcomes Senator Cruz’s legislation, and will vigorously support it until it becomes law.”

The bill calls Hezbollah, the terrorist Lebanese militia, and Hamas, the terrorist group controlling the Gaza, as “repeated” practitioners of an action that violates international law. It notes reports that Hezbollah is concealing missiles in villages in Lebanon and that Hamas routinely launches missiles at Israel from densely populated areas.

AIPAC this week sent an action alert to its activists, asking them to urge their senators to back the bill.

“Terrorist groups—including Hamas, Hezbollah and ISIS—are blatantly violating international law by placing their terrorist infrastructure among civilian populations and hiding behind innocent civilians as they carry out armed attacks,” the alert said.

As recently as five years ago, broad bipartisan backing for pro-Israel legislation was an easy “get,” but that comity has broken down as Democrats have grown increasingly critical of Prime Minister Benjamin Netanyahu’s government, and some Republicans have retreated from the “two-state” consensus that has for years undergirded U.S. policy on the Israeli-Palestinian conflict.