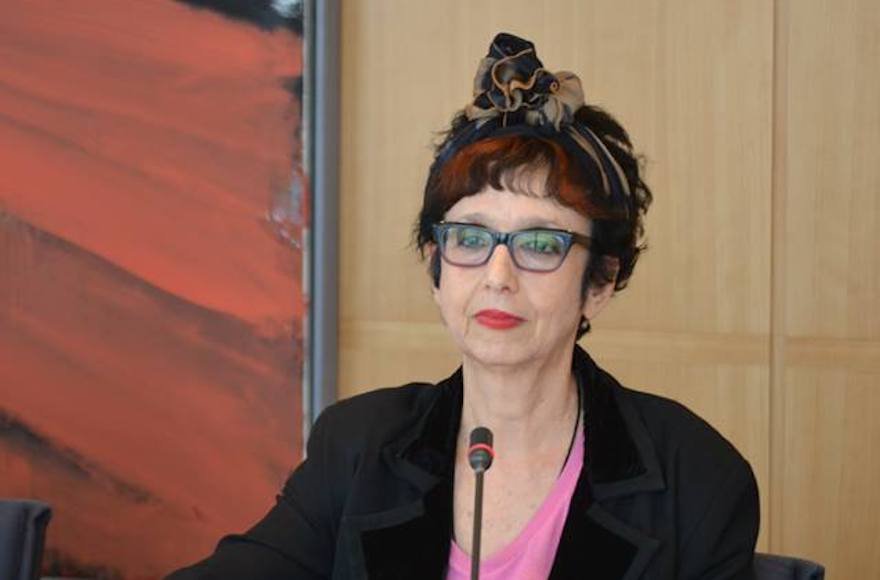 Avital Ronell has been suspended by NYU for the upcoming academic year. (Alfred Herrhausen Gesellschaft/Facebook)
Advertisement

NEW YORK (JTA) — An older mentor, a leader in a given field, pressures a young mentee into inappropriate sexual situations — it is a common recurring story in news headlines since the outing of Harvey Weinstein last year. The typical narrative involves a man victimizing a woman.

The New York Times has chronicled a story involving two academics of Israeli heritage that reverses the narrative familiar in the #MeToo era.

New York University suspended the prominent professor Avital Ronell, who teaches German and comparative literature, for the upcoming academic term after an investigation found that she sexually harassed a former graduate student.

One of her students, Nimrod Reitman, complained that Ronell verbally and physically harassed him.

Reitman, 34, alleges that Ronell, 66, tried kissing him and requiring him to share a bed with her starting in 2012. Reitman filed a Title IX complaint in 2017, two years after receiving his doctorate from the university. He is now a visiting fellow at Harvard.

Ronell identifies as a lesbian and Reitman identifies as gay. She has denied harassing Reitman, and she invoked their sexual orientations and shared Israeli roots in a statement to The Times.

“Our communications — which Reitman now claims constituted sexual harassment — were between two adults, a gay man and a queer woman, who share an Israeli heritage, as well as a penchant for florid and campy communications arising from our common academic backgrounds and sensibilities,” she said. “These communications were repeatedly invited, responded to and encouraged by him over a period of three years.”

After NYU finished the investigation in the spring, prominent feminists came to Ronell’s defense, including Judith Butler, an influential gender theory scholar. Some saw the defenses as echoing similar ones, criticized by feminists, made on behalf of male accused harassers.

The university’s Title IX investigation found Ronell guilty of physical and verbal harassment, but not of other actions alleged by Reitman, including sexual assault, stalking and retaliation.

The investigation concluded amid the flood of sexual harassment allegations known as the #MeToo movement, mostly made by women against prominent men. Reitman said that he had filed his complaint prior to those allegations.