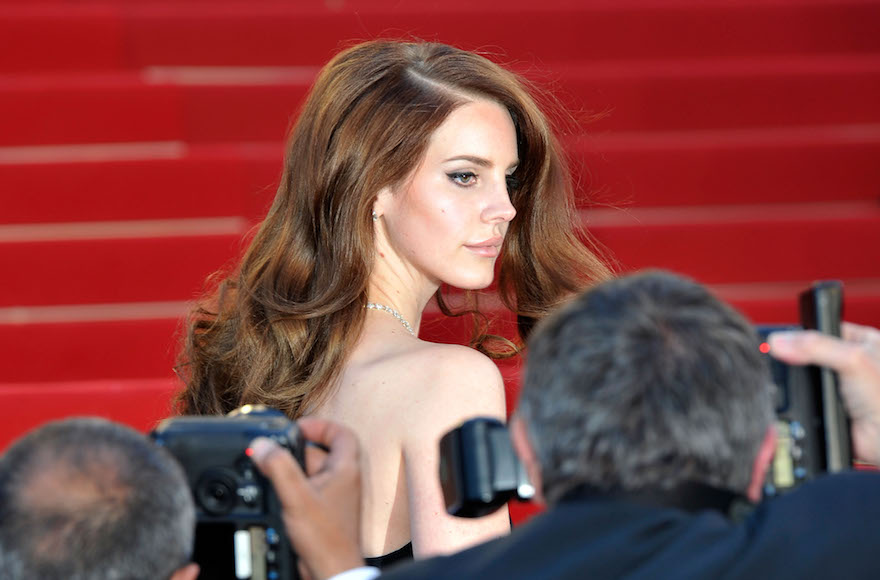 Lana Del Rey at the premiere of the film "Moonrise Kingdom" at the Cannes Film Festival, May 16, 2012. (Gareth Cattermole/Getty Images)
Advertisement

(JTA) — Lana Del Rey is sticking to her decision to perform in Israel in the face of calls for her to boycott the country.

The singer will be appearing at the Meteor Festival in the northern kibbutz of Lehavot Habashan next month. Advocates of the movement to Boycott, Divest from and Sanction Israel, known as BDS, have urged her to boycott the country in protest of its treatment of the Palestinians.

But in a statement posted to Twitter on Sunday, the singer said “music is universal and should be used to bring us together.”

“We signed on to the show w[ith] the intention that it would be performed for the kids there and my plan was for it to be done w[ith] a loving energy w[ith] a thematic emphasis on peace,” she wrote. “If you don’t agree with it I get it. I see both sides.”

She added that she and her band often perform in places where they may not agree with the government’s policies.

“I would like to remind you that performing in Tel Aviv is not a political statement or a commitment to the politics there just as singing here in California doesn’t mean my views are in alignment w[ith] my current governments opinions or sometimes inhuman actions,” she wrote.

BDS activists have called on a series of high-profile musicians to cancel gigs in Israel, with mixed success. Lorde cancelled her show in Israel scheduled for this year; Radiohead did not cancel its show last year.

The Palestinian Campaign for the Academic and Cultural Boycott of Israel responded to Lana Del Rey by comparing Israel to South Africa under apartheid.

“We urge you to reconsider,” said a tweet Sunday from the group. “We doubt that you would have played in apartheid South Africa; likewise, artists refuse to play in apartheid Israel. Please respect our nonviolent picket line, and cancel your Meteor performance.”

.@LanaDelRey We urge you to reconsider. We doubt that you would have played in apartheid South Africa; likewise, artists refuse to play in apartheid Israel.