Nazi camp guard Jakiw Palij deported from US to Germany 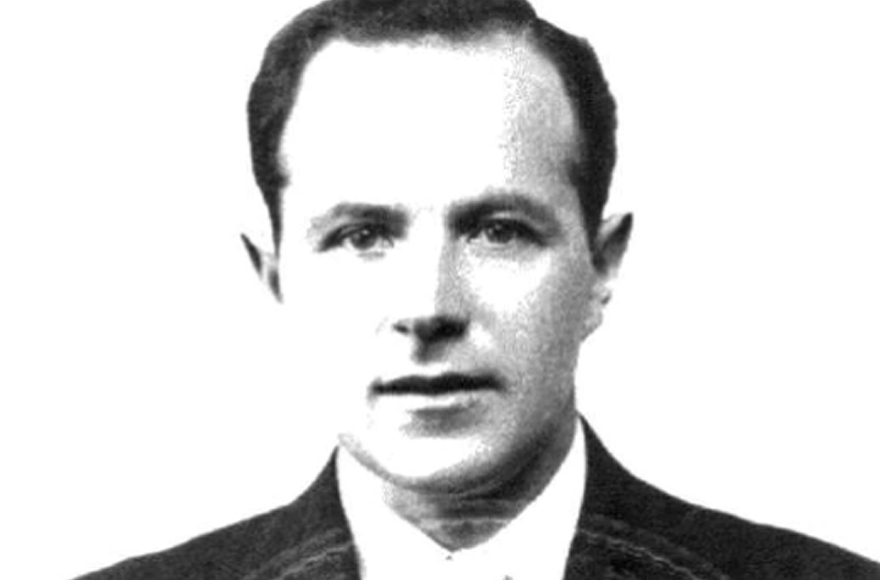 (JTA) — A former guard at a Nazi concentration camp was deported to Germany overnight from the United States, where he had lived for decades.

Jakiw Palij, 95, had lived in Queens, New York. He served as a guard at the Trawniki concentration camp near Lublin, Poland, during World War II, and may face prosecution in Germany for his actions.

Members of New York’s congressional delegation last year urged the Trump administration to deport Palij, whose citizenship was revoked in 2003 based on his wartime activities, human rights abuses and immigration fraud, NBC reported. A federal court also ruled that he had assisted in the persecution of prisoners at the camp, though it stopped short of finding him responsible for deaths.

A statement released by the White House after Palij landed in Germany early Tuesday commended President Donald Trump and Immigration and Customs Enforcement for “removing this war criminal from United States soil.”

“Despite a court ordering his deportation in 2004, past administrations were unsuccessful in removing Palij,” the statement said. “To protect the promise of freedom for Holocaust survivors and their families, President Trump prioritized the removal of Palij.”

Palij was born on former Polish territory, an area now located in Ukraine. He immigrated to the United States in 1949 and became a citizen in 1957, but concealed his Nazi service saying that he spent World War II working in a factory on a farm.

Palij told Justice Department investigators who showed up at his door in 1993, “I would never have received my visa if I told the truth. Everyone lied.”

He later admitted to officials that he attended a Nazi SS training camp in Trawniki in German-occupied Poland and then served as an armed guard at its adjacent forced-labor camp.

According to the U.S. Holocaust Memorial Museum, the Trawniki camp was part of Operation Reinhard, the Nazi operation to murder the approximately 2 million Jews residing in German-occupied Poland.

Because Germany, Poland, Ukraine and other countries refused to take him, he continued living in limbo in the two-story, red brick home in Queens he shared with his wife, Maria, now 86.

Germany’s Foreign Office said its decision to accept Palij showed the country was accepting its “moral responsibility.” And Foreign Minister Heiko Maas told th German tabloid Bild that those who “committed the worst crimes on behalf of Germans” would be held accountable.

A reporter from ABC News who was present when Pajil was removed by ICE on Monday morning described him as “looking frail with missing front teeth visible through his white beard. The only noise he made was a pained howl as agents hoisted him from his wheelchair onto the ambulance stretcher.” 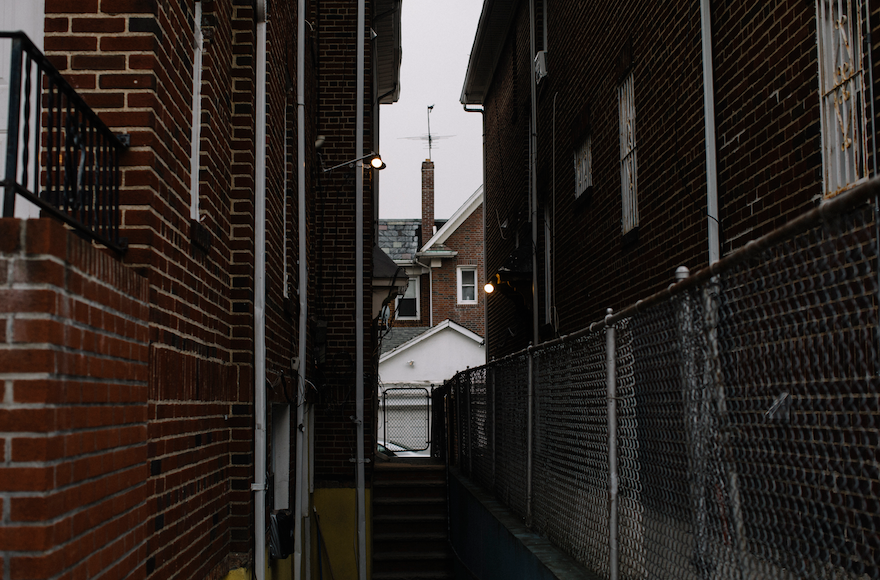 The view down an alley off the street where Jakiw Palij lived in Queens, N.Y., Dec. 4, 2017. (Celeste Sloman for the Washington Post)

His deportation comes after years of protests by Jewish groups. Earlier this year, a group of more than 80 New York politicians, led by Assemblyman Dov Hikind, petitioned the Trump administration regarding Pajil.

“I never gave up on this issue because Palij’s presence here mocked the memory of the millions who perished,” Hikind said in a statement Tuesday. “There was no question of his guilt. It was imperative that someone responsible for Nazi atrocities be held accountable for his crimes. While his victims can no longer seek justice, I am delighted that our President’s administration took it upon themselves to deliver justice.”

Although members of the Jewish community of New York have held demonstrations outside of his house in Queens for years, Palij seemed unimpressed, telling the New York Post in 2013 that he was “starting to get used to it.”

“They told us we would be picking up mines. But that was a lie,” he told the paper. “In that camp they took us — 17-, 18-, 19-year-old boys. I am one of them. They did not give us Nazi uniforms. They gave us guard uniforms: pants, black; shirts, light brown; and hats with one button in the front. You could tell we were not Nazis. If you tried to run away, they take your family and shoot all of them.”

Efraim Zuroff, the Eastern Europe director of the Simon Wiesenthal Center, said in a statement that a “14-year long campaign has finally been crowned with success. Trawniki guards do not deserve the privilege of living in the United States and that was finally achieved last night.”

Edward Mosberg, a 93-year-old Holocaust survivor from Poland and now a property developer from New Jersey, said that although the “decision comes late, it is a good and positive action and we are grateful to the United States for bringing this evil man to receive punishment for his crimes.”

Mosberg was quoted Tuesday during a tour of the Auschwitz memorial museum in Poland. He attended it with four Republican members of Congress as part of a delegation of the From the Depths Holocaust commemoration group.