Netanyahu has fans in America, but not many among Democrats 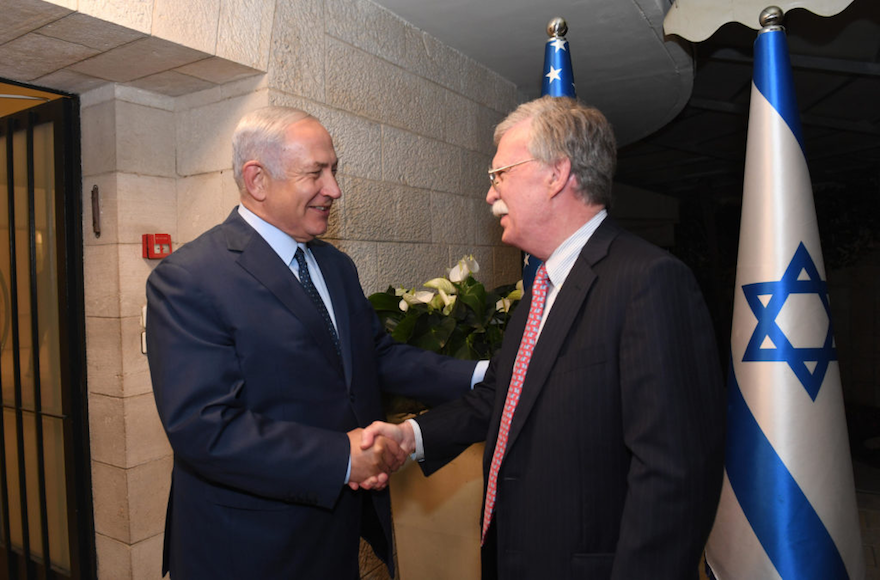 JERUSALEM (JTA) — Israeli Prime Minister Benjamin Netanyahu is less popular among Americans than the leaders of other U.S. allies such as Canada, Britain and Germany but is significantly better liked than his Russian and North Korean counterparts, a new Gallup poll released Tuesday found.

According to the Gallup, which polled 1,024  adults over the first 12 days of August, the leaders of America’s closest allies are “viewed more favorably than unfavorably by Americans, but with favorable ratings for each below 50 percent.”

Thirty-seven percent expressed a favorable view of the Israeli leader, two points fewer than German Chancellor Angela Merkel. British Prime Minister Theresa May and Canadian Prime Minister Justin Trudeau came in at 46 and 48 percent, respectively. Twenty-nine percent of those polled had a negative view of Netanyahu while 22 percent of respondents said they had not heard of the Israeli premier. His net favorability rating came in at +8 — that is, he is more liked than disliked by a margin of eight percentage points.

Members of the Republican party were “far more likely than Democrats to feel positively about Netanyahu, reflecting their greater support for Israel and perhaps Trump’s own close relationship with the Israeli leader,” Gallup found. Among Republicans, 64 percent expressed favorable views of Netanyahu, compared with 30 percent of independents and only 17 percent of Democrats.

“Netanyahu’s current 37% favorable rating is similar to Gallup’s last several measurements, taken between 1999 and 2015,” Gallup reported. “Netanyahu was viewed more positively in December 1998 after signing a U.S.-brokered peace treaty with the Palestinians known as the Wye agreement, but he quickly returned to the 35% range where he had been previously. His lowest favorable rating in Gallup’s records (23%) came in April 1997 after he narrowly escaped removal as prime minister following an influence-peddling scandal.”