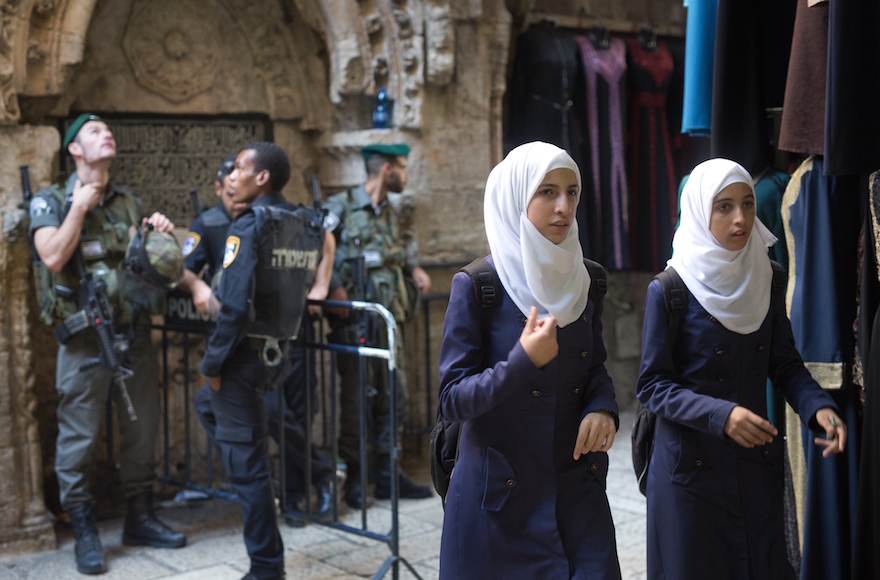 JERUSALEM (JTA) — The Jerusalem municipality plans to open only six polling stations in the predominantly Arab eastern part of the city for October’s mayoral election, sparking charges that officials are trying to keep the Arabs from voting.

Jewish neighborhoods, which represent most of the city’s voters, will have more than 180 stations, Haaretz reported Thursday.

According to the newspaper, approximately 1 percent of eligible Arabs voted in the last mayoral race, in 2013. Since Israel’s capture of eastern Jerusalem in the 1967 Six-Day War, the Arab residents there have boycotted local elections so as not to grant any legitimacy to Israel’s presence.

However, an expert cited in the report took issue with the city’s use of the boycott as a reason for not investing in polling stations in Arab neighborhoods, saying that “the fact that they don’t vote apparently serves as a good pretext for preventing them from voting. What this means is that you’re depriving the few who do want to vote of the right to do so.”

Polling stations will be opened in the mixed Arab-Jewish neighborhood of Beit Safafa as well as in the Old City, Sheikh Jarrah and Jabal Mukkaber. Many of the inhabitants of eastern Jerusalem are permanent residents entitled to participate in local elections but do not hold citizenship and are ineligible to vote for the Knesset.

Earlier this month, The Times of Israel reported that Ramadan Dabash, a resident of the Sur Baher neighborhood, is running for mayor as head of the newly established Jerusalem for Jerusalemites party, which aims to represent the concerns of eastern Jerusalem residents.

“We are not telling anyone to become Israeli, change their religion, give up the Al-Aqsa mosque or join the Israeli army,” Dabash told the newspaper. “We are saying that we need to make sure we receive better services. We need to have a voice on the City Council to fight for our rights.”

There is a significant disparity in the municipal services offered in eastern and western Jerusalem.