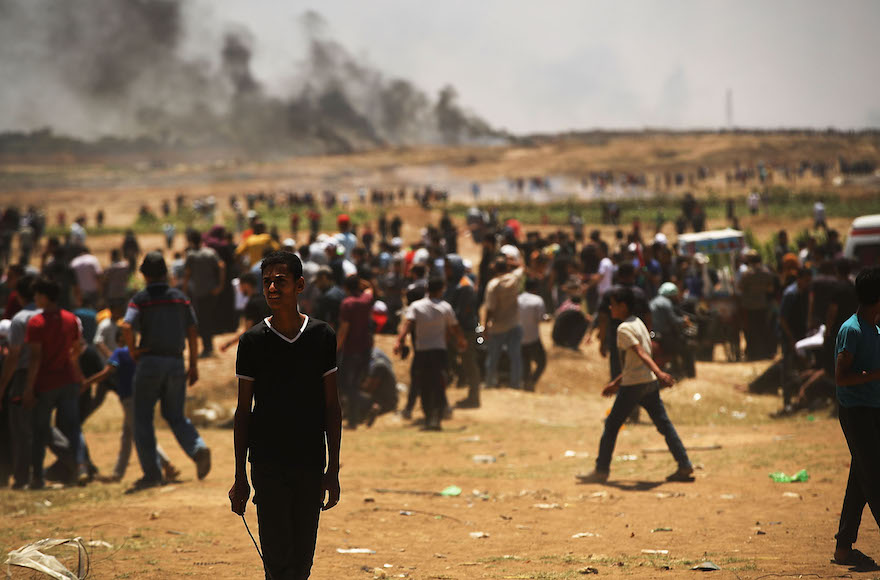 WASHINGTON (JTA) — The Trump administration cut funding to the Palestinians by $200 million, citing Hamas rule in the Gaza Strip.

“At the direction of President Trump, we have undertaken a review of U.S. assistance to the Palestinian Authority and in the West Bank and Gaza to ensure these funds are spent in accordance with U.S. national interests and provide value to the U.S. taxpayer,” a State Department official said Friday in an email to JTA.

“As a result of that review, at the direction of the president, we will redirect more than $200 million in FY2017 Economic Support Funds originally planned for programs in the West Bank and Gaza. Those funds will now address high-priority projects elsewhere. This decision takes into account the challenges the international community faces in providing assistance in Gaza, where Hamas control endangers the lives of Gaza’s citizens and degrades an already dire humanitarian and economic situation.”

It’s not clear what the cuts would mean for overall funding, although the figure suggested they would be far-reaching. Congress has in the past mandated $400 million to $500 million in funding for the Palestinians, but the United States already cuts back funding commensurate with payments the Palestinian Authority pays to the families of Palestinians who have attacked Israelis.

Additionally, a law that Trump signed this year mandates massive cuts because of those payments to Palestinians who attack Israelis. It’s not clear if the cuts announced Friday were taken because of that law, called the Taylor Force Act and named for an American murdered in 2016 in a Palestinian terrorist attack in Tel Aviv.

Also not clear is to what degree the cuts will affect the Gaza Strip, where Hamas, a U.S.-designated terrorist group, is in control, and the West Bank, an area run by the Palestinian Authority, which works with Israel. The Palestinian Authority has angered Trump by refusing to work with his administration in developing a peace plan. The Palestinians walked away from the talks in December after Trump recognized Jerusalem as Israel’s capital.

The cuts appear to be separate from cuts to the United Nations Relief Works Agency announced earlier this year. This year, the United States thus far  has paid $60 million to the agency, which provides relief to Palestinian refugees and their descendants. Last year the U.S. contributed more than $360 million.