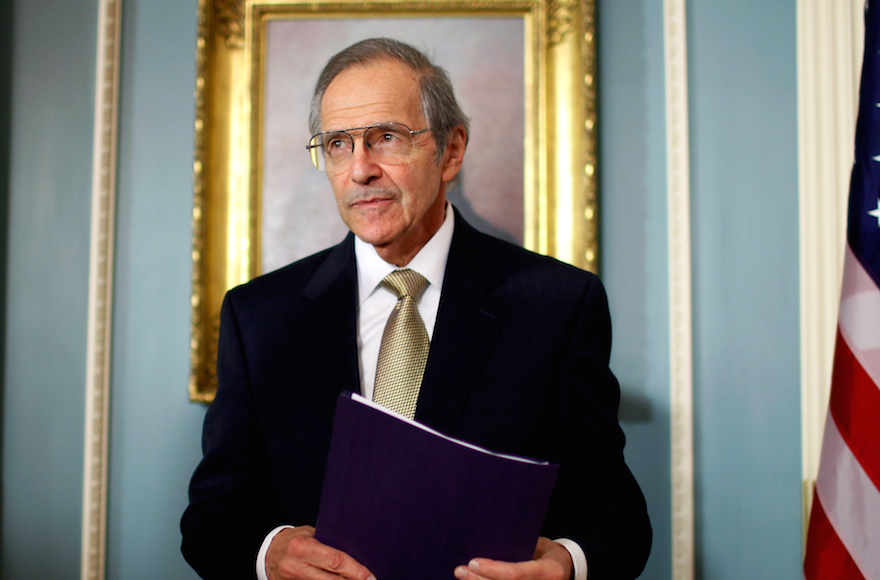 WASHINGTON (JTA) — Princeton Lyman, the Jewish American diplomat who played a critical role in organizing Operation Moses, the stunning 1984 airlift of Ethiopian Jews, has died at 82.

The Post obituary celebrated the role of Lyman in helping to midwife the transition in South Africa from apartheid to democracy in the early 1990s when he was the U.S. ambassador to the country. Lyman had the trust of F. W. DeKlerk, the last apartheid president of the country, and Nelson Mandela, who led the African National Congress.

But he also played a critical behind-the-scenes role a decade earlier, when he was deputy assistant secretary of state for Africa, in organizing the airlift from Sudan to Israel of thousands of Ethiopian Jews who had fled their famine-ravished country only to face indifference and starvation in Sudan.

In a 1999 oral history for the Association for Diplomatic Studies and Training, Lyman said he was one of only two U.S. diplomats who was fully apprised of the operation, involving secret flights from Sudan to Israel. He helped coordinate logistics between Israel and Sudan, which did not have diplomatic relations, and strove to keep at bay Ethiopian Jewry advocacy groups in the United States who were scrambling for information, as well as the media.

“We had to keep the press quiet,” he said in 1999. “The Boston Globe, the Washington Post, the New York Times, The Wall Street Journal all had the story. Peter Jennings at ABC had the story. I had to go to every single one of them to beg them to sit on the story. I told them that if the operation were to go public, the Ethiopians would be in serious danger. I must say that every one of the media outlets suppressed the information they had; I don’t think that today that would be possible.”

It was an Israeli official, Arieh Dulzin, the chairman of the Jewish Agency, who revealed the operation at a press conference, and it was Israeli media that made it public.

“Unfortunately, the Israeli media was not so disciplined” as the U.S. media, Lyman said. Once the word was out in Israel, a Washington Jewish newspaper reported the story – ignoring Lyman’s pleas – and the U.S. media felt free to publish. Sudan suspended the operation after 9,000 Jews had arrived, leaving 500 stranded. Vice President George H.W. Bush then got involved.

Bush “went to Khartoum to see [Sudanese President Gaafar] Nimeiri and to tell him that we wanted the last few hundred Ethiopians taken out,” Lyman said. “Nimeiri agreed, but it too was to be a secret operation. So American C-130s were to fly from Europe to the Sudan, take them on board, fly them up through the Red Sea – avoiding Egyptian radar – and deliver them to Israel. That was done. It was a magnificent operation which I monitored from the Pentagon ‘war room’ listening to the radio broadcasts as the planes landed and took off.”

In a 2007 account of the rescue, “Blacks, Jews and Other Heroes,” Howard Lenhoff said other U.S. officials eagerly seized credit for the operation. “Lyman remained silent,” Lenhoff reported. “Always the consummate professional, Princeton Lyman is an unsung hero of the Ethiopian Jews.”

Lyman was born in 1935 to immigrant Jewish parents from Lithuania. Asked to explain his unusual first name, he explained in 1999 that he had brothers named Yale, Harvard and Stanford.

“I guess it was an extraordinary example of immigrant parents determined that their children would go to universities,” he said. “Of course, being very practical, we all ended up in the University of California – not the expensive schools we were named after.”

He added: “My brother Elliott, who was the only son not named for a university, indeed did not go to college.”

Lyman was married for 50 years to the former Helen Ermann, who died in 2008. He is survived by his second wife, Lois Hobson, and three daughters, Tova Brinn of Israel, and Sheri Laigle and Lori Bruun, both of Maryland.