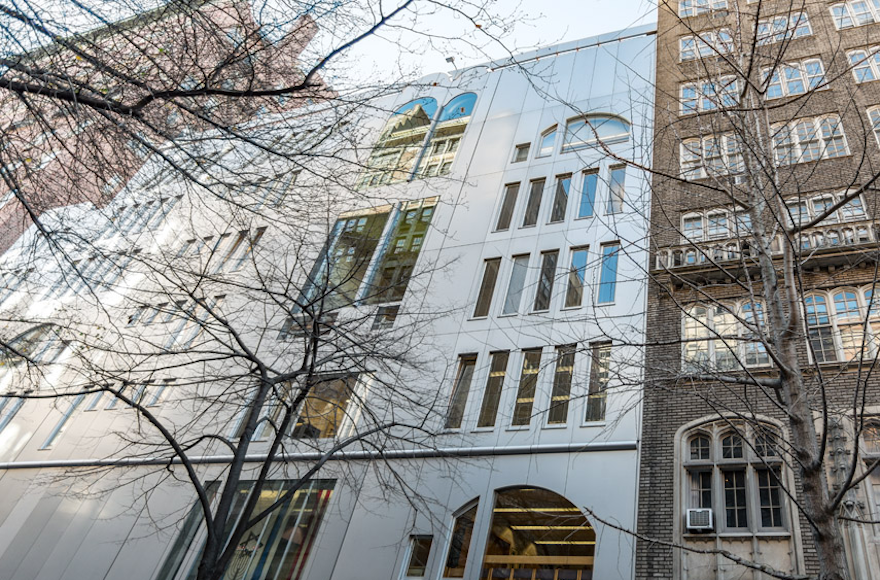 (JTA) — Former staff at the Ramaz School in Manhattan failed to act appropriately on reports they had received in the 1970s of molestation by a former teacher, the Jewish day school said.

After Stanley Rosenfeld left Ramaz in 1974, administrators learned that he had engaged in sexual misconduct with children while working at another school in New York’s suburban Westchester County, according to a  report published Thursday by a law firm hired by Ramaz to investigate the school’s conduct. But the school at the time did not alert third parties about what it had learned.

The investigators could not confirm second-hand accounts that Rosenfeld was terminated as a result of misconduct with Ramaz students.

Parents of at least one alleged victim said they met in 1980 with Rabbi Haskel Lookstein, who headed Ramaz at the time, and said that parents had reported that Rosenfeld had molested a Ramaz student in a private home. Lookstein did  not alert authorities, according to testimonies heard by the investigators who compiled the report, the New York-based law firm Debevoise & Plimpton LLP.

Lookstein told the investigators that he had heard of abuse by Rosenfeld several years after Rosenfeld’s departure from Ramaz, but did not recall a Ramaz parent ever reporting to him abuse of a Ramaz student.

Lookstein is one of the country’s most prominent Modern Orthodox rabbis.

The alleged victims of Rosenfeld mentioned in the report were not Ramaz students. They were affiliated with Westchester Day School, located near White Plains, about 20 miles north of the Ramaz campus on the Upper East Side of Manhattan, the report said.

Ramaz and another Jewish school where Rosenfeld had worked in the 1970s, the Salanter Akiba Riverdale Academy, known as SAR, in the Riverdale section of the Bronx, conducted investigations this year into his conduct following complaints by former students who came forth.

“We offer our deepest apologies to the victims and their families, and openly acknowledge all the ways in which we have erred in cases of abuse,” Philip Wilner, the board chairman at Ramaz, wrote in an email accompanying the report.

Wilner said the school today has a “zero-tolerance policy for any inappropriate behavior between a Ramaz employee and a student” and that it conducts extensive background checks on employees and other adults who interact with students.

In 2001, Rosenfeld was convicted of two counts of child molestation for abusing a 12-year-old bar mitzvah student while serving as cantor at Temple Am David in Warwick, Rhode Island. He was given a suspended sentence but served 18 months in prison after violating probation.

The allegations detailed in the Ramaz report are said to have occurred before the abuses for which Rosenfeld was convicted.

The Forward, which uncovered allegations against Rosenfeld in a series of articles, located Rosenfeld living in a nursing home in Providence, Rhode Island. He is 84 years old, the news site reported this week.

Some of the abuse allegedly occurred at a sleepover Rosenfeld hosted at his home for several boys. Others occurred at the home of one of the boys when Rosenfeld was visiting, according to the report. Reportedly, the abuse of at least one of the three boys likely continued while Rosenfeld was employed at Ramaz, though the boy was not affiliated with Ramaz.

However, he did not recall discussing his conduct with anyone in the Ramaz administration and did not recall any complaints about his conduct while at Ramaz. He admitted also to molesting boys at Camp Massad, a Jewish summer camp in Pennsylvania that closed in 1981, where Rosenfeld had also worked. Many Ramaz students attended the camp and many faculty worked there.

“There is no evidence of any Ramaz or Camp Massad employee or administrator taking action with respect to Rosenfeld, either referring his conduct to law enforcement or warning other schools about the potential for misconduct,” according to the report.

The report included additional molestation cases allegedly committed by staff at Ramaz in the 1970s and ’80s.

“There is evidence that Andron sexually abused multiple Ramaz students during his time” there, the report said. He allegedly “stroked boys’ genitals while they slept” at his house on sleepover. Andron declined to comment on the claims, the investigators wrote.

They were not “unable to determine whether Andron’s misconduct with Ramaz students was reported to Ramaz while Andron was still an instructor at the school,” the investigators added.

Albert Goetz was terminated as a teacher at Ramaz in 2005 for engaging in improper behavior with female students in the years 1976-1987, according to the report. Goetz photographed the feet of at least 17 female students. In the early 1980s, Goetz admitted to engaging in romantic and physical relationships with two female students, the report said.

Another incident involving Goetz taking pictures of feet prompted complaints and a psychiatric evaluation of him at the insistence of Ramaz faculty. Goetz was allowed to keep teaching.

Lookstein, who was Goetz’s boss, told investigators that with the benefit of hindsight, he recognizes that he “could have handled the situation better,“ the report’s authors wrote.