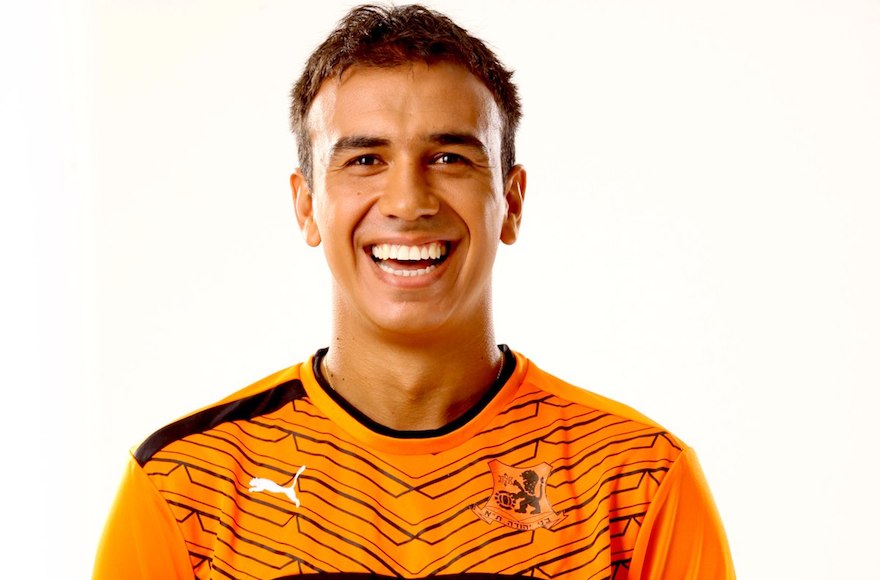 After 10 years of his professional career in Israel, Galvan is the top foreign scorer, notching 104 goals in 257 matches.

The cancellation of his contract stops the process to obtain Israeli citizenship that he had already begun.

Israel’s Culture and Sports Minister Miri Regev is trying to help Galvan. Two weeks ago she wrote to Interior Minister Aryeh Deri asking him to arrange the soccer player’s stay.

“I personally approached Interior Minister Aryeh Deri to grant citizenship to Galvan for his contribution to soccer in Israel, and the Ministry of Culture and Sport sent a recommendation to the Ministry of Interior to issue him a work visa,” Regev said.

Galvan played from 2008 to 2012 at Bnei Yehuda, then moved to Maccabi Petah Tikva. In 2014, he scored his 71st goal in the Israeli top league, becoming the league’s top scoring foreign player in history.

The non-Jewish player spoke positively of Israel when the match between his native Argentina’s national squad and Israel was in doubt earlier this year due to pressure from the Boycott, Divestment and Sanctions movement.

“We have the number one army of the world, the number one intelligence, it is very safe here. There is no safer place than Israel. If I said here it is heaven … you will think I’m exaggerating. Argentina must come here, the team will have more security than Bibi Netanyahu,” he told the TNT channel in June.

Ultimately, the match was cancelled.

Galvan in that interview recommended his native countrymen visit Israel and also said that he wanted to continue living in the Jewish state.