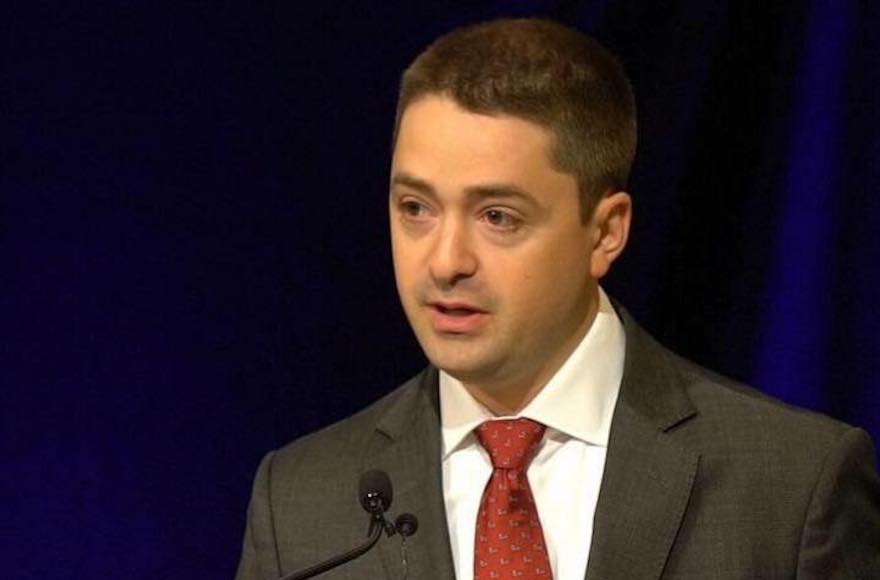 On Tuesday, Galvin won 67 percent of the vote in the Democratic Party primary to 32.7 percent for Zakim. Still, it was the toughest primary challenge Galvin has faced in some two decades.

In June, Zakim surprisingly garnered the state party’s nomination with 55 percent of the vote in what was seen as a popular shift toward younger non-establishment Democrats. Galvin has served six terms in the post.

“This campaign got people talking – got people excited – for a Secretary of State race. That’s not easy,” Zakim, a Boston city councilman, told his supporters on Tuesday evening and in a statement.

The campaign became heated as Zakim, 34, pressed the incumbent on election reform, calling for innovations such as same-day registration, expanded early voting and weekend elections.

As secretary of state, Galvin changed the date of the primary, which is ordinarily held seven weeks before the general election, because it interfered with Rosh Hashanah. Under Massachusetts law, the secretary of state is required to move the date when it conflicts with a religious holiday.

Zakim, serving his third two-year term on the City Council, had the backing of Mayor Marty Walsh and former state treasurer Steve Grossman, a seasoned veteran of Democratic politics at the state level and one-time chair of the Democratic National Committee, as well as a former chairman of the American Israel Public Affairs Committee.

Zakim touted his candidacy as a “bridge to progress” — a play on the bridge over the Charles River named for his father.

Leonard Zakim, who helmed the New England Anti-Defamation League office from 1984 until his death in 1999 at age 46, was a leader in advancing local civil rights and in black-Jewish cooperation.

In the November general election, Galvin will face Republican challenger Anthony Amore, a first-time office seeker who heads security for the Isabella Stewart Gardner Museum, where he oversees the investigation in the heist of 13 masterpieces.

Also Tuesday, Boston City Councilor Ayanna Pressley scored a major upset over 10-term incumbent congressman Michael Capuano in the Democratic primary. Pressley is set to become the first black woman to serve Massachusetts in Congress, as there will be no Republican candidate in November in the Boston-area district — one of the most left-leaning in the country, according to The New York Times — once represented by John F. Kennedy.

Pressley told the group Massachusetts Peace Action in a pre-primary questionnaire that she supports a House bill that would require the U.S. government to ensure that none of its military aid to Israel would be used for reported “detention and mistreatment of Palestinian children,” Boston.com reported. She also said that if elected, she would push for policy that “recognizes the basic human rights of both Israelis and Palestinians and promotes greater engagement between the two sides.”