How to prevent the next ‘peeping-rabbi’ story 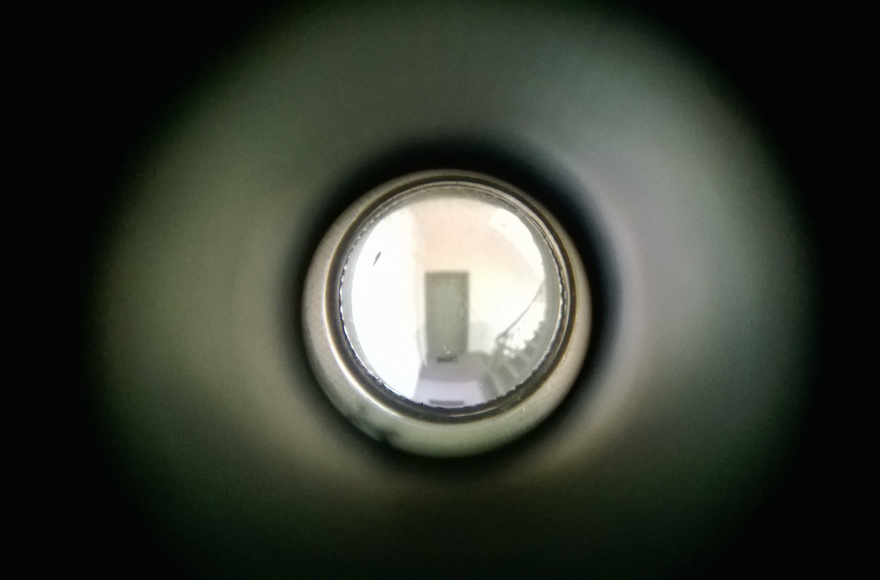 WASHINGTON (JTA) — We cannot afford to perpetuate old institutional behaviors in an era of #MeToo. The explosion of accusations in our community has denigrated our Jewish institutions and disparaged our Jewish communal world. In the year since the #MeToo movement finally shattered our complacency around sexual harassment and abuse, many of us have begun the hard work to transform our institutions.

This is why it is so insulting, indeed infuriating, to read about the position that Kesher Israel, an Orthodox synagogue here, is taking in light of the recent settlement of its “mikvah” class action lawsuit. Its response is, in effect, a lost opportunity for the synagogue leadership to stand up and be counted. Rather, by declaratively doing nothing, these leaders insult every victim of the case, and all of us as well.

The background: Four years ago, Rabbi Barry Freundel was arrested for videotaping women who were using the mikvah associated with his synagogue. A ritual bath and a place of holiness, the mikvah is a safe and sacred place. Yet over the course of many years, women were taped secretly by one of the most prestigious rabbis in America. Last week, the synagogue reached a financial settlement with the victims while denying all wrongdoing.

While the Freundel case happened before the #MeToo movement shattered our feigned ignorance about the extent of sexual harassment and abuse in the Jewish community, placed in its context it is one of the most egregious cases yet revealed.

In a JTA report about the synagogue’s $14.25 million settlement with Freundel’s victims, synagogue spokespeople repeatedly said they were happy that the case had drawn to a conclusion and was over and done. They went further to say that the synagogue planned no follow-up education, training or even conversations with its congregants, rather opting for a lock-the-door, throw-away-the-key, pretend-it-never-happened strategy. Which, in the end, is no strategy at all.

“We have to make sure that minyan takes place,” said former Kesher president Elanit Jakabovics  “We decide whether to run programs based on what the community wants.”

But waiting for the community to ask for change is not what it means to be a leader.

More than 150 women were harmed by Rabbi Freundel. Women, who were undergoing religious conversion, deepening their religious and spiritual life, and/or using the mikvah as part of regular ritual, were all his victims. For this to have gone on for so long without anyone in the synagogue knowing or stepping forward shows just how deeply the power of secrecy and control rested in the hands of one man. That alone should argue for new policies, enhanced training, deeper discussions.

However, the synagogue chose to make the legal decision that allows it to deny wrongdoing and guilt — its moral code. This is not only reprehensible, it is shamelessly tone deaf at a moment when the Jewish community is grappling with this very issue and attempting to change the culture of our institutions.

So what do we wish Kesher Israel had done instead? The same as we wish for all our Jewish organizations.

What we’ve learned in the dozens of conversations we’ve had in the last eight months with lay and senior leadership of Jewish federations, communal organizations and synagogues across the country is that while each organization is different and nuanced in its culture and work, there is a basic template to preventing and responding to sexual harassment and abuse.

At a minimum, senior staff and board members must come together to write a values statement for their website, emails and printed materials proclaiming their dedication to ensuring a safe, respectful and equitable space for all who enter.

They must develop or update formal policies that include pathways for reporting and real accountability. Understanding the complex formal and informal relationships in Jewish organizations among lay leaders, donors and staff, policies must be written that protect fundraising staff and any others who work directly with those whose money controls not only their livelihoods but the existence of the organization.

Outside trainers must be brought in to provide in-person, ongoing training, including bystander intervention, for all levels of staff, volunteers and lay leaders.

And, again responding to the unique relationships in Jewish communal life, senior staff, board members and donors should undergo training to recognize their power — to help them understand how, even with the best intentions and feelings of warmth and friendship and collegiality, their actions can be viewed as uncomfortable and even harassing by staff.

Waiting to react until something happens is no way to create change. We have no time for lost opportunities, for in the end we will lose the loyalty and participation of those we hold closest in our institutions – our members, congregants, staff, leadership and volunteers. We need to create organizational and congregational cultures that elevate policies that ensure the safety of all employees, of all members, of all congregants while still being warm and welcoming communities.

Every institution should join with the scores of organizations and synagogues that are seeking (and struggling) to become beacons of light by revamping antiquated policies, committing to gender parity and working to diminish the patriarchal culture of our Jewish institutions.

At this holiest of seasons, I am reminded of the power of teshuvah — repentance — and the concurrent value of never forgetting. What happened to more than 150 women cannot be erased by a legal agreement. Affirming innocence as part of a legal settlement does not absolve the synagogue of taking on the hard work of acknowledging its past and taking all the necessary steps to see that it is never repeated.

(Loribeth Weinstein is CEO of JWI, Jewish Women International, the leading Jewish organization working to end violence against women and girls. In addition to its work to create safe and equitable Jewish workspaces, JWI is part of the leadership team of Safety Respect Equity: a Jewish coalition addressing sexual harassment and gender discrimination.)