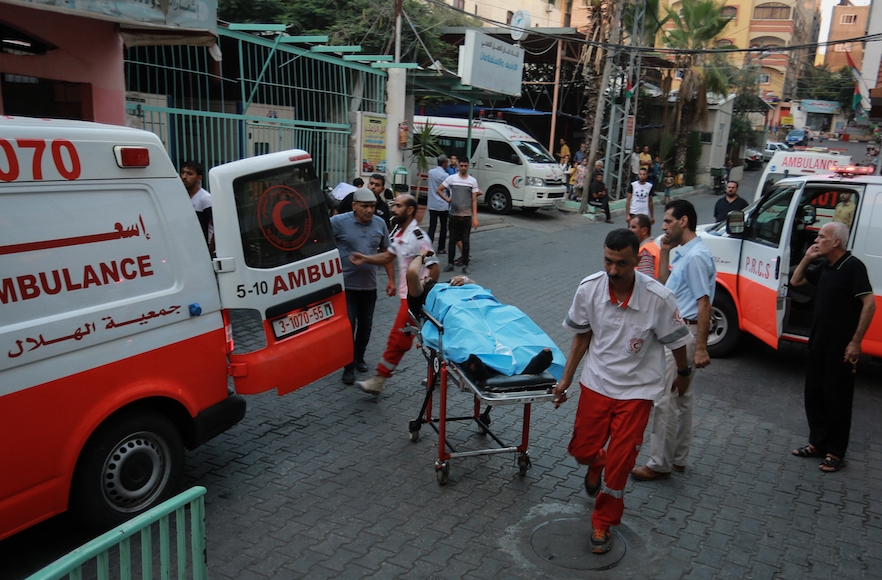 The decision to halt funding to the East Jerusalem Hospital Network, made up of six hospitals, came on Saturday, a week after the United States announced that it would halt all funding to the UNRWA, United Nations refugee agency that aids Palestinians. A week before that, the Trump administration said that the U.S. would cut more than $200 million for humanitarian and development aid in the West Bank and Gaza.

President Donald Trump earlier this year requested a review of all U.S. aid to the Palestinians, threatening to cut off aid unless the Palestinian Authority agreed to enter into serious peace negotiations with Israel.

The Palestinian Authority has angered Trump by refusing to work with his administration in developing a peace plan. The Palestinians walked away from the talks in December after Trump recognized Jerusalem as Israel’s capital.

“As a result of that review, at the direction of the President, we will be redirecting approximately $25 million originally planned for the East Jerusalem Hospital Network,” a State Department official told Reuters. “Those funds will go to high-priority projects elsewhere.”

Several of the hospitals are church-run, and have relationships with Israeli-run hospitals in Jerusalem

“This dangerous and unjustified American escalation has crossed all red lines and is considered a direct aggression against the Palestinian people, including the humanitarian aspect, since it threatens the lives of thousands of Palestinian patients and their families, and could affect the future and livelihoods of thousands of employees of these hospitals,” the Palestinian Authority Foreign Ministry said in a statement.

Israeli security officials reportedly are concerned that the withdrawal of so much aid to the Palestinians could harm Israeli security, in part by fomenting a major humanitarian crisis and collapse in Gaza.

Senior Israeli officials are scheduled to attend an UNRWA donor nation conference in late September in New York where they will call for the establishment of a parallel channel for foreign aid to Gaza including food aid, operation of UNRWA and salaries to the agency’s 30,000 employees, according to Haaretz.