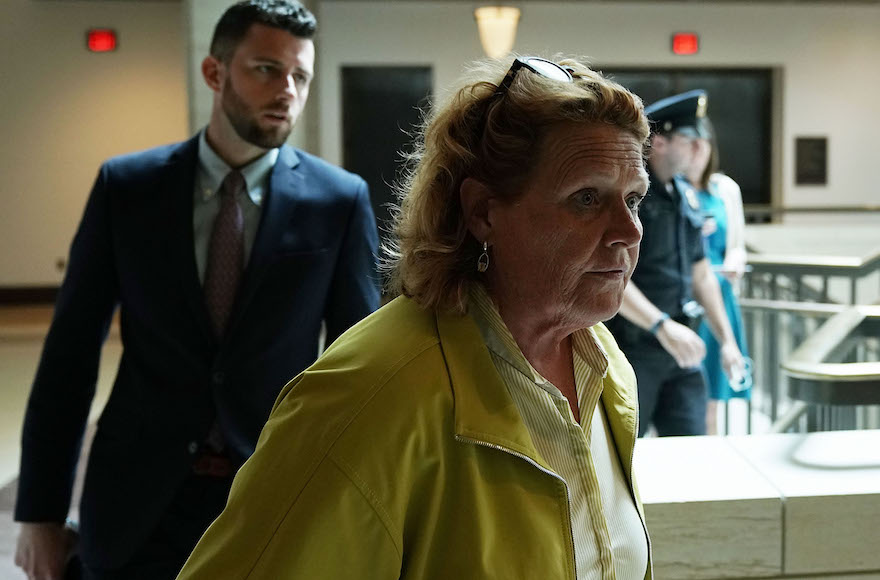 (JTA) — The Republican Jewish Coalition launched a $1 million television and digital advertising campaign in North Dakota against its incumbent senator over her support for the 2015 Iran nuclear deal..

The campaign targeting Heidi Heitkamp, a Democrat, was launched last week and will air throughout September in the Fargo and Minot markets.

Titled “Roots,” the ad says that Heitkamp abandoned her “North Dakota values” by “siding with liberals and her party to support the disastrous Iran deal.”

“Those are not our values, they are their values,” the ad continues, showing photos of Heitkamp and three key Democratic supporters of the agreement.

“Heidi Heitkamp voted for the Iran deal, putting party loyalty above American security and the desires of her constituents,” RJC director Matt Brooks said in a statement. “She knew the deal was a dangerous risk that would give Iran access to some $100 billion, money that Iran has used to support terrorists like Hezbollah and the cruel Assad regime in Syria. The deal has made America less safe.

“Now the voters of North Dakota can finally make Heitkamp answerable for her votes in Washington, especially her support for the dangerous Iran deal.”

President Donald Trump pulled the United States out of the nuclear agreement in May.

In June, the RJC said it planned to spend more than $500,000 to target Scott Wallace, a Democratic congressional candidate in a Philadelphia-area district whose charity has given to anti-Israel groups.