In this Argentine film, a Holocaust survivor leaves home to find the man who saved him in WWII 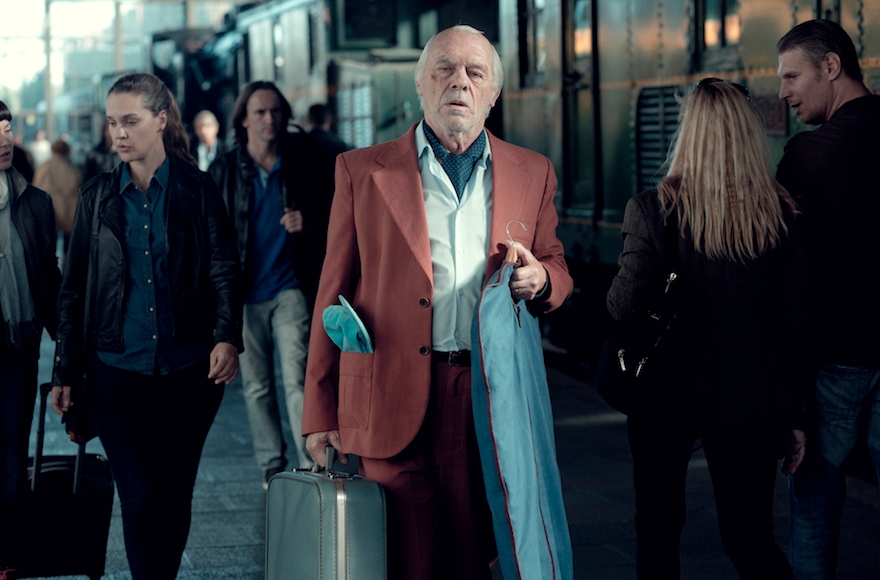 (JTA) — When the Argentine-Jewish filmmaker Pablo Solarz was 5 or 6 years old, he asked his grandfather if he was Polish.

On the phone recently, in heavily accented English, he described his grandfather’s reaction.

“He gave me a very dead face,” Solarz recalled. “My father said that [Polish] is a very bad word, and I don’t want to [talk about] it with my grandfather again. My grandfather never wanted to talk about his life in Poland.”

Solarz’s grandfather didn’t spend time in a Nazi concentration camp, but he left his native Poland in the 1930s as conditions worsened for Jews. He settled in Buenos Aires and, over time, heard stories from the local Jewish community and the occasional news report about survivors who wanted to return to their roots and thank righteous gentiles who saved their lives.

That return narrative became the genesis of Solarz’s “The Last Suit,” a Jewish film festival favorite that opens Sept. 21 in New York and Sept. 28 in Los Angeles prior to a wider national release. The film tells the story of Abraham Bursztein, a Holocaust survivor who leaves Argentina to find his savior, who hid him in a basement following World War II. Bursztein is played by Miguel Angel Sola, a famous Argentine actor whose career dates back to the 1970s.

In the film, Bursztein is on his last legs, almost literally. One of them, which he nicknames “tsores,” or “troubles” in Yiddish — may need to be amputated. Meanwhile, his family wants to put him into a retirement home, sell his house and divide up his things.

While cleaning out his closet, a maid discovers a suit that Bursztein, a tailor, made to fulfill a pledge to the boy who saved his life after the war. Without telling anyone, Bursztein buys a ticket to Europe to find him.

Bursztein is a humorously stubborn curmudgeon, yet strangers on his journey — it includes stops in Madrid and Paris — ignore his often nasty behavior to befriend and help him. It’s a tribute to Sola’s nuanced performance: He somehow convinces those around him that there’s more to him than the surface bluster. There’s also his tearjerker story that makes it hard to hate him. 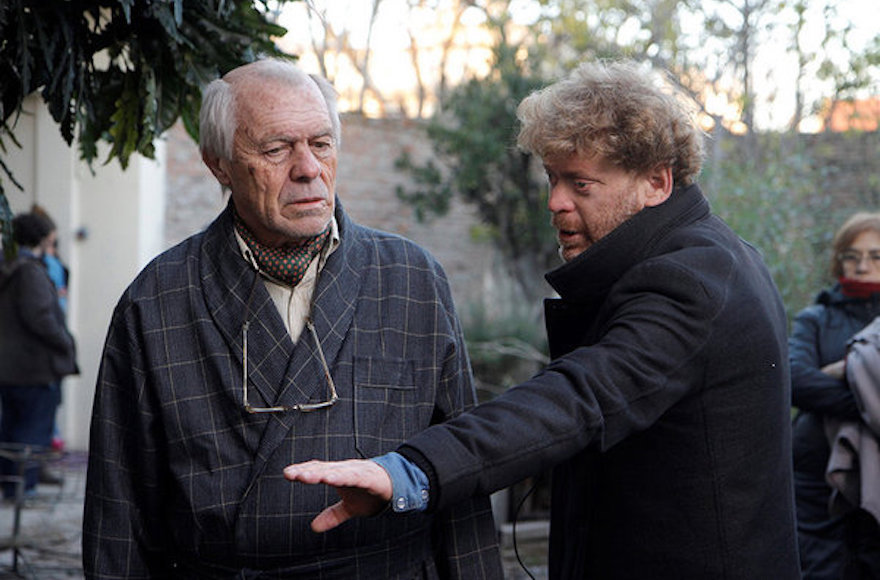 In flashbacks we see the immediate aftermath of the war and a young, gaunt Bursztein struggling to walk while trying to reach his family’s home in Lodz — only to find himself turned away by its occupant, a former employee at his father’s business. But the man’s son, a former friend of Bursztein, defies his dad and takes Bursztein into a basement room and nurses him back to health.

This is the man Bursztein now seeks, not knowing whether he is still alive 70 years later or even if the neighborhood still exists.

The film is affecting, but not perfect. Bursztein’s daughter Gail had fled to Madrid a decade ago, when the pair became estranged. In need of cash, he visits her, but it is unclear why he let her go in the first place, or how he can so easily ignore the granddaughter he sees on a staircase but has never met. Gail has her father’s concentration camp number tattooed on her arm to keep his memory alive, but even that does not move him to seek a rapprochement. The plot line raises too many unanswered questions and slows the film.

Making the film changed his life, Solarz told JTA. Growing up, he learned about Polish figures such as Chopin and Paderewski and could not understand his grandfather’s hatred of an entire nation.

“I thought my grandfather was crazy, and that it was impossible for an entire people to be anti-Semitic,” he said.

But shooting scenes in contemporary Lodz neighborhoods, including the ghetto where his grandfather once lived, and seeing several graves with his last name deeply moved the filmmaker. His research for the film included studying the ways that the Nazis were “able to kill 11,000, 12,000 people in the same place in the same day, leave everything clean and be able to do the same thing the next day.”

“That wasn’t the first Holocaust,” Solarz said, “and it won’t be the last.”