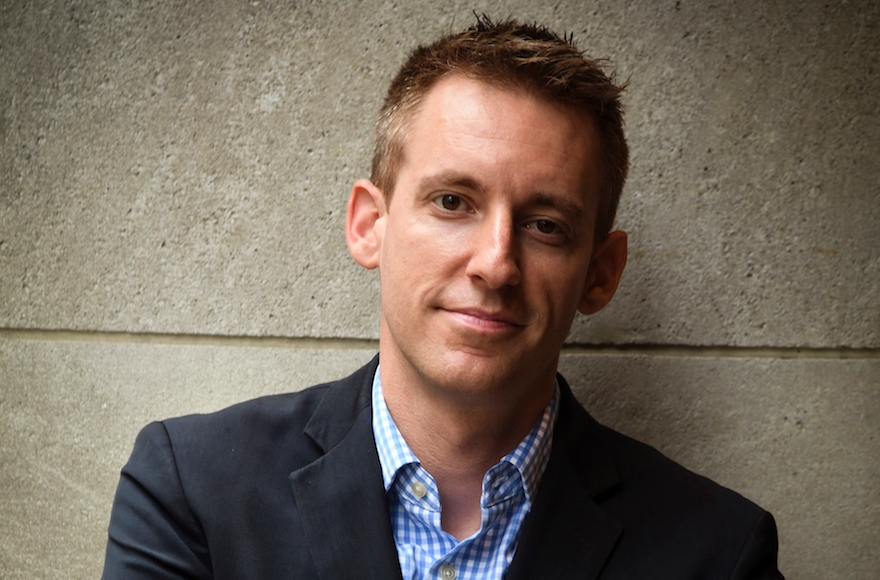 Jason Kander, shown in July 2017, is one of the rising stars of the Democratic Party. (Toni L. Sandys/The Washington Post via Getty Images)
Advertisement

(JTA) — Jason Kander, a Jewish candidate for mayor of Kansas City, has dropped out of the race, citing depression and post-traumatic stress disorder.

In a letter Tuesday to supporters Kander, a Democrat who many speculated had presidential aspirations, said that he contacted the Veterans Administration about four months ago in order to get help.

“It had been about 11 years since I left Afghanistan as an Army Intelligence Officer, and my tour over there still impacted me every day,” he wrote, adding that he did not believe he had PTSD because others were in more danger than he was there and “because I didn’t earn it.”

“Instead of dealing with these issues, I’ve always tried to find a way around them. Most recently, I thought that if I could come home and work for the city I love so much as its mayor, I could finally solve my problems. I thought if I focused exclusively on service to my neighbors in my hometown, that I could fill the hole inside of me. But it’s just getting worse.

“So after 11 years of trying to outrun depression and PTSD symptoms, I have finally concluded that it’s faster than me. That I have to stop running, turn around, and confront it,” he wrote.

Kander, a former Missouri secretary of state, said that he was concerned about going public with his depression and PTSD out of concern for its impact on his future political career. But he decided to be honest about the problems in order to help him through, as well as veterans and others dealing with mental health issues realize that they can turn to others for help.

Some believed that Kander, 37, may have been thinking about a run for higher office in 2020. A Democrat with a growing national profile, Kander had hired a national communications strategist for Let America Vote, the voting rights advocacy nonprofit that he founded.

In 2016, Kander lost in a tight contest for the U.S. Senate to the incumbent Republican, Roy Blunt. Kander served two terms in the Missouri House before serving one term as secretary of state.