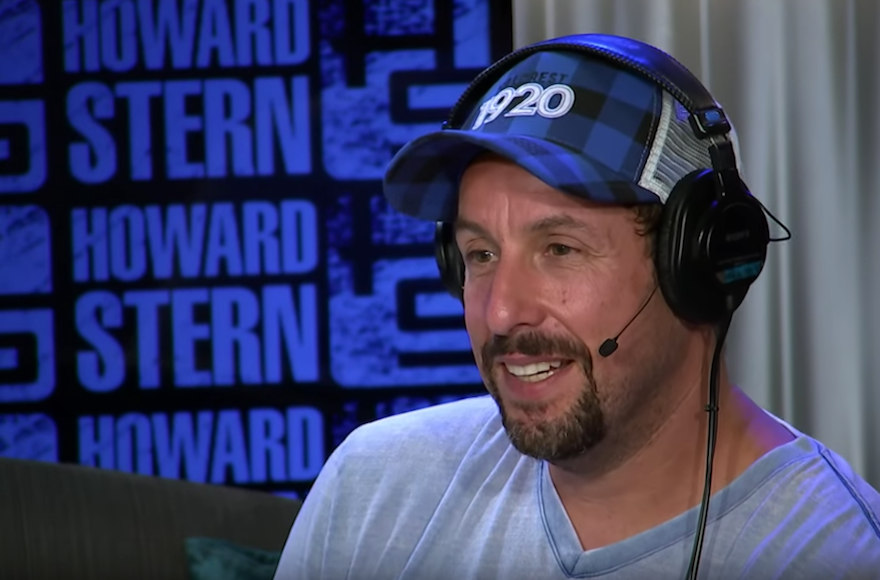 (JTA) — Adam Sandler has a Netflix stand-up special in the works, and Howard Stern has seen it. We know this because on a recent episode of his SiriusXM radio show last week, Stern pointed out that Sandler mentions his bar mitzvah in his routine.

“Isn’t that the single most weird situation in your whole performance life?” Stern asks Sandler, who was his guest last Wednesday, about the tradition.

“People are evaluating you on how well you sing this secret language,” Stern continues, before Sandler interrupts: “That you don’t know what it means.”

Then they both launch into the traditional Torah blessing, on air, more or less in sync with each other. (Watch the full clip above.)

Stern also explains that he was bar mitzvahed at a synagogue in Roosevelt, Long Island. In the past, Stern has played recordings of his performance that day.

Sandler’s special, which is expected to be released next year, is rumored to include a new song about his bar mitzvah.