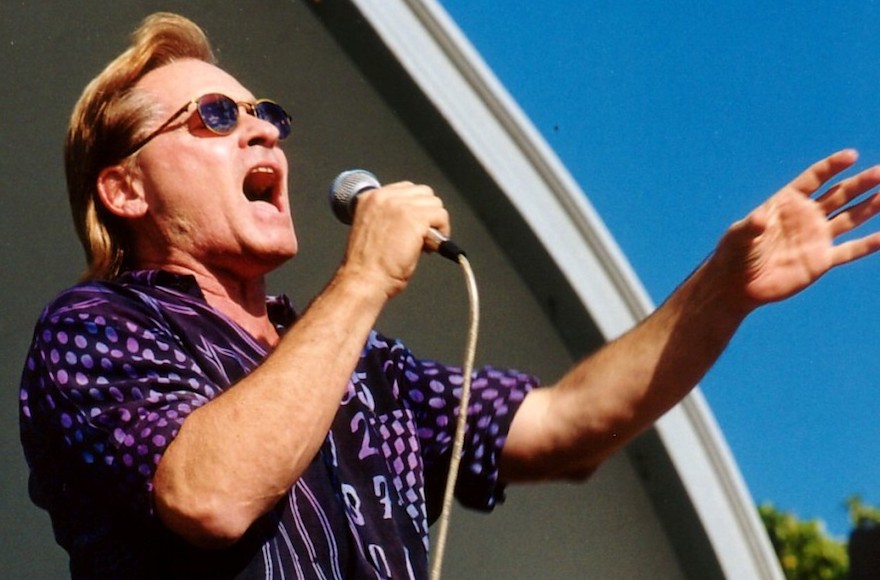 (JTA) — Marty Balin, the co-founder of the iconic 1960s psychedelic rock band Jefferson Airplane, has died in Tampa, Florida, of unspecified causes. The Rock and Roll Hall of Famer was 76.

Born Martyn Jerel Buchwald to Jewish parents in Cincinnati in 1942, Balin was one of the founding members of Jefferson Airplane and a member of its successor band, Jefferson Starship, which played such famous hits as “White Rabbit” and “Somebody to Love” and performed at the iconic Woodstock and Altamont festivals.

Balin also was the owner of the Matrix club in San Francisco, where he featured performers such as the Grateful Dead and Santana. Along with his induction in the Rock and Roll Hall of Fame, Balin won a Grammy Lifetime Achievement Award. He continued his musical career until the end of his life.

While the cause of his death was not reported, Balin underwent open heart surgery in 2016 and was known to have suffered from vocal chord paralysis for a time afterward.

He is survived by his wife and four daughters.