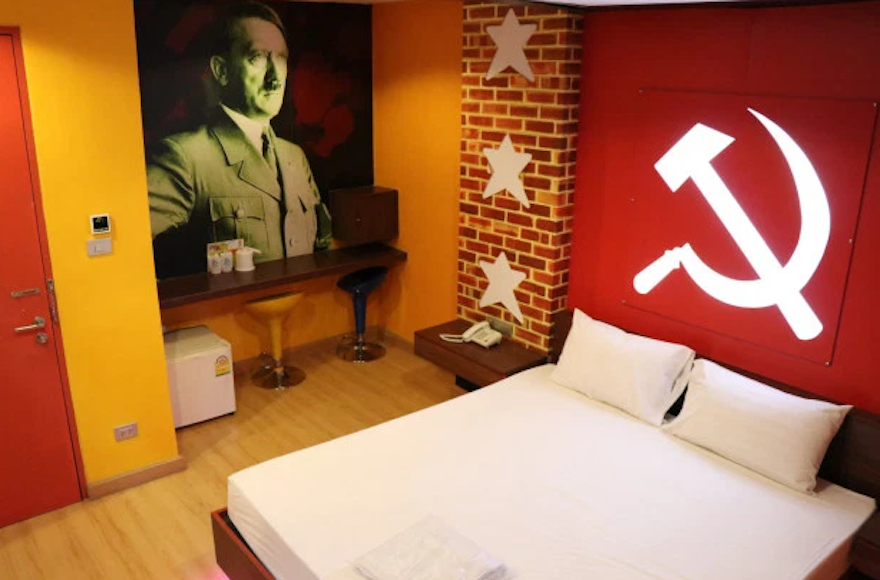 (JTA) — One of the most popular rooms in a sex hotel in Thailand is full of Nazi symbols and portraits of Hitler, and Jewish leaders are furious.

The British tabloid The Sun first reported on the reaction to the so-called “Communist” room at the Villa Love Hotel in Bangkok on Wednesday. Alongside the Hitler and swastika renderings on the walls are images of a hammer and sickle.

“This is truly awful,” said Efraim Zuroff, head of the Simon Wiesenthal Center. “It’s horrendous, absolutely disgusting. It shows a complete lack of knowledge and education about Hitler, the harm he caused and the horrifying crimes that he committed in World War II.”

A receptionist at the hotel confirmed that the Communist room is very popular.

“The idea that anyone can view Hitler as some kind of iconic figure worthy of decorating a hotel room with is disgusting,” said Rabbi Abraham Cooper, also of the Simon Wiesenthal Center.