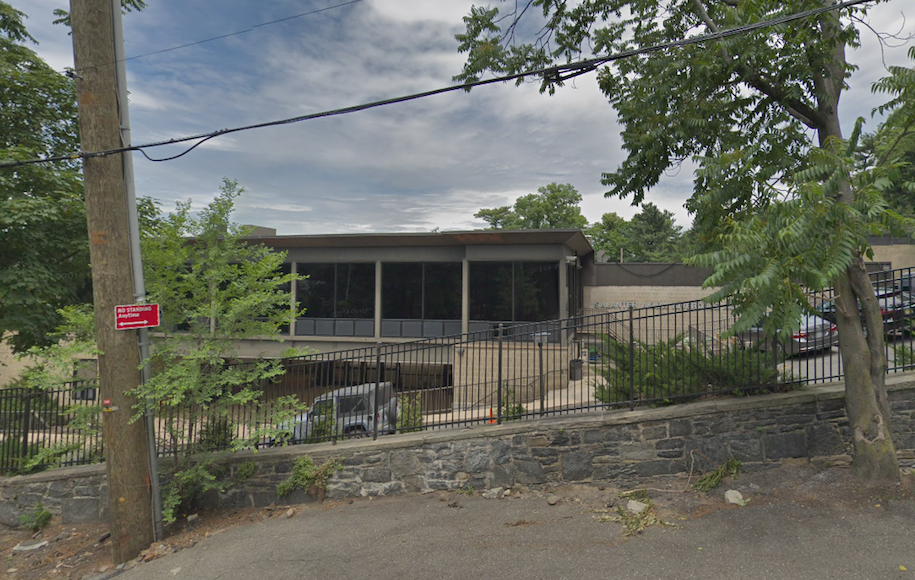 A view of the SAR Academy in the Bronx, New York, in June 2018. (Google Street View)
Advertisement

UPDATE: This story has been updated to include comments from SAR Academy’s principal, Rabbi Binyamin Krauss, in an email to JTA and the statement to JTA from the attorney for Rabbi Sheldon Schwartz.

NEW YORK (JTA) — Officials at a New York Jewish day school knew of allegations against an administrator who abused at least a dozen of the school’s students, according to an investigation. He was rehired a decade later.

The report, which was published Friday, found that Stanley Rosenfeld sexually abused at least a dozen students at SAR Academy, a Modern Orthodox school in the Riverdale section of the Bronx. Another teacher, Rabbi Sheldon Schwartz, was found to have acted inappropriately with at least four students.

Rosenfeld, a convicted sex offender, has admitted to molesting hundreds of boys throughout his life, including at SAR, according to the report.

JTA has reached out to Schwartz through his attorney seeking comment on the accusations against him.

T&M Protection Resources, an external firm with experience investigating sexual assault allegations, conducted the probe that examined allegations of child sex abuse by Rosenfeld, an assistant principal at SAR in the 1970s who also taught English there a decade later. The school commissioned the investigation in January, soon after learning of the allegations.

The firm interviewed nearly 40 witnesses, as well as both Schwartz and Rosenfeld. T&M was able to interview Schwartz, however, only before hearing allegations of his inappropriate behavior.

“We want to extend our most sincere gratitude to the individuals who came forward to report instances of inappropriate behavior and abuse,” SAR’s leadership wrote in an email sent Friday linking to the report. “We remain heartbroken that our alumni suffered abuse while in SAR’s care, but we also are deeply inspired by their bravery.”

The respective principals of SAR Academy and SAR High School, Rabbis Binyamin Krauss and Tully Harcsztark, wrote in the email that the school instituted a sexual harassment policy in 2014. The policy requires reporting credible allegations of sexual misconduct to law enforcement, as well as guidelines for reporting allegations within the school and investigating them.

In a separate email to JTA, Krauss wrote: “We strive to create a learning environment in which students feel comfortable coming forward with concerns or reports of misbehavior of any kind,” . “Nothing is more important than the safety of our students. If we were to learn of a report of abuse, we would work quickly to begin an investigation and ensure, throughout the process, that students are safe.”

SAR’s announcement of the inquiry in January prompted two other Jewish day schools that had employed Rosenfeld to launch their own investigations: the Ramaz School, an elite Modern Orthodox Jewish day school in Manhattan, and Westchester Day School, in New York City’s northern suburbs. Ramaz published its external investigation in August, which found that administrators learned of Rosenfeld’s abuse after he had left the school but failed to act on the information.

Rosenfeld, now 84, was convicted of child molestation in 2001 for abusing a boy while employed at a Rhode Island synagogue. The Forward, which has investigated Rosenfeld’s abuse in a series of articles, discovered that he is living in a nursing home and is a registered sex offender.

The T&M report found that Rosenfeld would abuse young boys by inviting them to his home for Shabbat, where they would sleep over for one or two nights. At night, he would hover over their beds and fondle their genitals or other parts of their bodies. Some former students said Rosenfeld would stop the abuse after boys made it clear that it made them uncomfortable. Others reported laying motionless until the ordeal ended. Former students said the abuse caused them emotional suffering.

The report also says that former students remember feeling as if Rosenfeld had drugged them while sleeping at his house. During those sleepovers, the report says, former students remember Rosenfeld urging them to wrestle with him while both he and the student were in their underwear. Rosenfeld would use the wrestling as a way to molest the boys. He also molested boys on the weekend retreat he would hold after they graduated from the eighth grade.

Rosenfeld, according to the report, also would abuse boys while at school, in addition to molesting at least one girl there. He asked a student to sit on his lap, where he fondled him, and also drew close to students or would corner them in public spaces before molesting them. In addition, the report says he physically abused students, slamming them against the wall and, in one case, grabbing a student’s face and putting it in the snow.

“Some of these students also reported that they heard their classmates talk about Rosenfeld and comment that they had also been touched or fondled by him and heard others more generally joke with one another about Rosenfeld’s fondling of boys,” the report says.

T&M found that at least one faculty member alerted the principal at the time, Rabbi Sheldon Chwat, that she had seen Rosenfeld touch a boy’s groin in a school office. In addition, the investigation found that two parents of former students may have told SAR administrators about Rosenfeld’s misconduct, though no parents reported that directly to T&M. Chwat left the school in 1983 and died in 2014.

It is unclear whether Rosenfeld left the school in 1977 due to these reports. But someone the report identifies as a “senior member” of SAR recalls Chwat saying that Rosenfeld was leaving because he was “the kind of person that has a proclivity or interest in students” and “not the person who should be with kids full time.”

Fuld does not recall that exchange, nor does he recall Rosenfeld returning to teach at the school, the report says. It is unclear whether the administrators who hired Rosenfeld in 1986 knew of the abuse allegations. Fuld no longer works at the school and now lives in Israel.

In addition to its findings on Rosenfeld, the report found that Schwartz, a Judaics teacher, acted inappropriately with at least four students during the 1970s. The report said Schwartz would wrestle with boys and also draw uncomfortably close with students and have them sit on his lap.

Schwartz, according to the report, also would act as an enabler for Rosenfeld’s abuse, urging students to stay with Rosenfeld for Shabbat while frequently staying there himself as well. Two former students said they separately told Schwartz that Rosenfeld had abused them — one following a Shabbat and the other immediately after the abuse occurred.

In both cases, the former students recall Schwartz telling them that the experience was a dream. In the latter case, Schwartz played board games with the student to calm him down.

In a statement to JTA communicated by his attorney, Schwartz denied that he knew of Rosenfeld’s abuse. He said he will “stand by my 45 years of service and will fight to undo this gross injustice and restore my good name.” The statement did not address allegations that Schwartz acted inappropriately with students himself.

“While it is difficult to respond to this third-hand unattributed allegation, I categorically deny that any student ever informed me of inappropriate behavior perpetrated by any colleague at SAR,” the statement said. “I am simply a convenient scapegoat upon whom SAR can wash its guilty conscience.”

Schwartz taught at SAR until January, when he was suspended pending the investigation. He was later fired and is now suing SAR for wrongful termination.