Writer A.J. Jacobs traveled thousands of miles to thank everyone who had a hand in his morning coffee 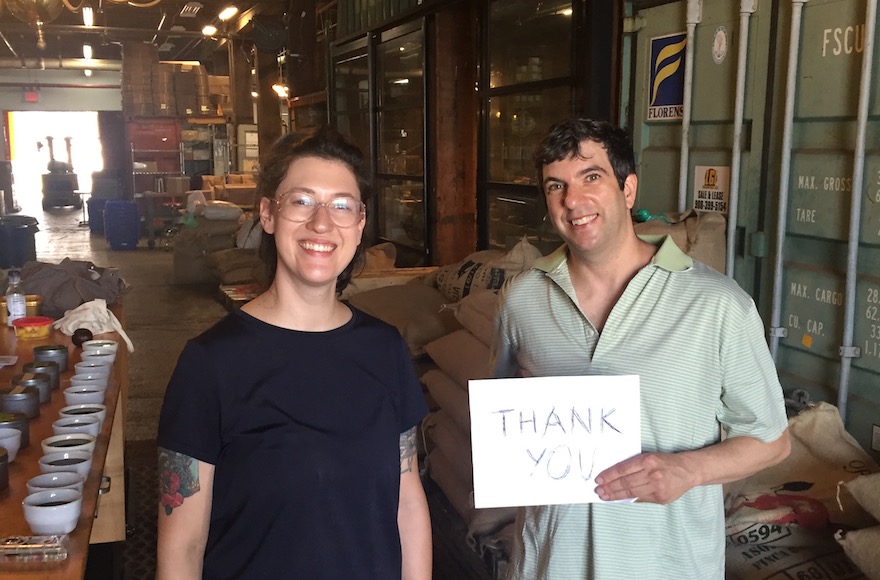 (JUF News via JTA) — Author A.J. Jacobs has encouraged his three sons to be grateful for all they have.

He and his wife urge them to write thank-you notes, to thank the bus driver — even to thank their household robot Alexa for weather forecasts.

Jacobs, who is Jewish, sometimes says a prayer of thanksgiving with his family at the dinner table in appreciation of those who helped get food to their plates.

But not too long ago, Jacobs’ son Zane raised an observation to his dad.

“You know these people can’t hear you, right?” he asked.

Zane’s remark got Jacobs thinking. Indeed, those people could not hear him.

So the Manhattan-based humorist and writer set out on a quest to thank everyone who plays a role in making his morning coffee possible.

He chose coffee because it was a more manageable undertaking than an entire meal — and he “can’t live without” his java.

Jacobs chronicles the journey in his new book, “Thanks A Thousand: A Gratitude Journey” (TED Books), which will be coming out Nov. 13 in conjunction with a TED Talk that he delivered on the same topic.

During his quest, which took him from a farm in Colombia to a steel plant in Indiana, he discovered how interconnected the world is. So many more people than he could have imagined contribute to his morning cup of coffee. Obviously there are baristas and farmers, but also unsung heroes like artists (think coffee lid and sleeve designer), chemists, biologists, truckers and miners. 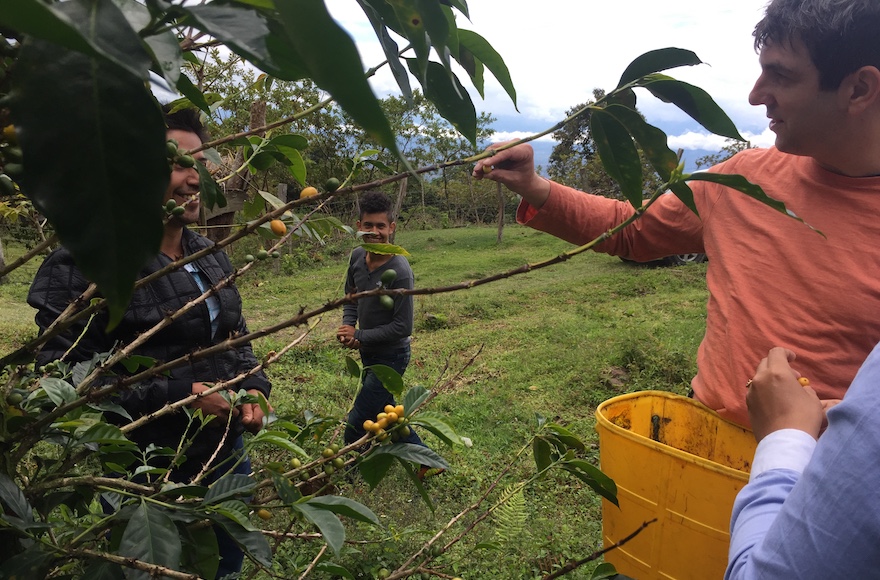 “I went around the world and thanked everyone I could find,” he said, “because they reminded me there are so many people who help with every little thing in our lives and we take them for granted.”

All told, Jacobs said he thanked 1,000 people for his cup of coffee — and actually could have thanked way more.

Along the way, he learned that gratitude isn’t just a nice gesture for the recipient — scientific research show it’s healthy for the thanker, too. A study in Scientific American found that gratitude is the single best predictor of well-being and good relationships. Psychological research shows that gratitude can lift depression, improve our diet, help heart patients recover quicker and lead to overall greater kindness and happiness.

Before the quest, Jacobs said, his default mood was usually grumpiness. The adventure helped him change his mindset.

“I believe that genetically or culturally my default is negative — more a Larry David than Tom Hanks way of looking at the world. It’s fun to watch on TV but not necessarily fun to live,” he said. 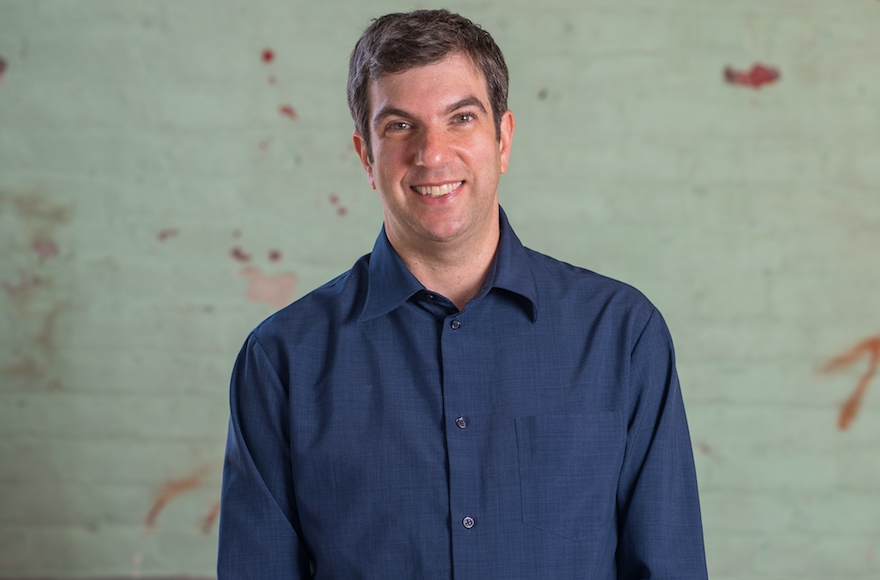 Jacobs said that before his adventure, he had “more a Larry David than Tom Hanks way of looking at the world.” (Lem Lattimer)

And Jacobs is certainly not alone — people are genetically programmed, evolutionary psychologists say, to focus on what goes wrong in daily life because it was a matter of survival back in Paleolithic times.

To the contrary, “it’s inspiring and energizing to focus on the hundreds of things that go right every day instead of the three or four that go wrong,” he said.

Jewish teachings can help us move the needle on gratitude. In research for his book — as well as for his past best-seller, “The Year of Living Biblically,” in which Jacobs embarked on a quest to live according to every precept in the Bible for a year — he learned that much wisdom on gratitude comes from Judaism.

“To be Jewish is to be thankful,” one rabbi told Jacobs.

In fact, the very word “Jew,” derived from the tribe of Judah, means thanksgiving. We as Jews deliver prayers of thanks from the time we wake up to the time we go to bed.

There is a catchphrase in Judaism that Jacobs learned during his research called “deed before creed.”

At first, Jacobs said it was hard to feel gratitude, but if he went through the motions of acting with compassion and gratitude, eventually he would feel them.

“One of the best ways to go about life is to ‘fake it til you feel it,’ and it’s an extremely Jewish way to live,” he said. “If you act a certain way and follow the mitzvot, your mind will eventually catch up.”