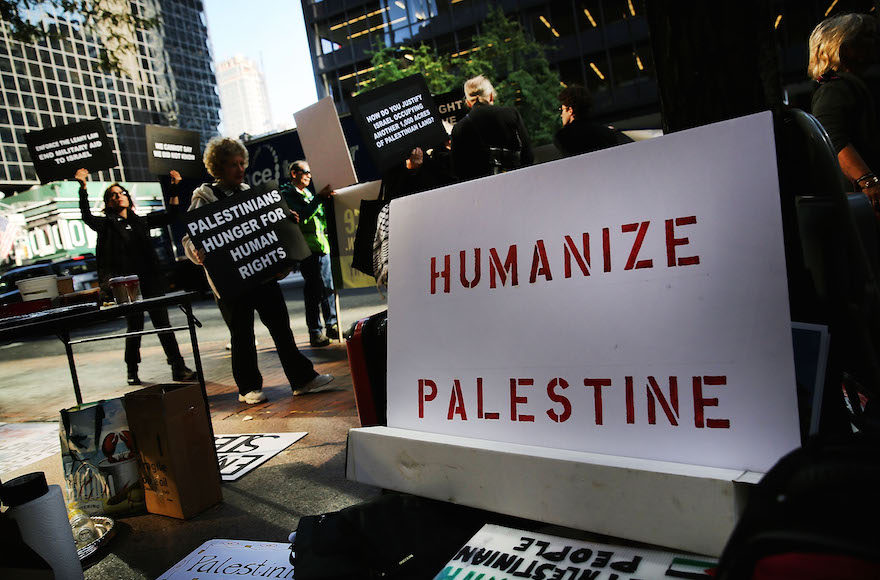 (JTA) — The Jewish Community Foundation of Los Angeles will suspend grants from donors to a group that appears to support the controversial Canary Mission, although the foundation said it was not aware that previous grants had been used to fund Canary Mission and its efforts to blacklist anti-Israel activists on campus.

In a statement to JTA on Sunday, the foundation said “there was no indication” that grants to the Israel-based nonprofit Megamot Shalom in 2016-17  “were for the benefit of Canary Mission.” However, “Given what The Foundation has learned, it is suspending any further grants to Megamot Shalom,” the statement read.

Last week, the Forward reported that the foundation, one of the largest Jewish charities in the United States, had made a series of grants to Megamot Shalom, which the news site had previously linked to Canary Mission. The grants, totaling $250,000, were made by one donor to the foundation via a donor-advised fund. Such funds allow donors to receive a tax break and suggest where the foundation gives the money. The fund manager must approve any grants, although most such foundations do not apply much scrutiny to individual grants.

Canary Mission, which does not reveal who funds it or manages its activity, says that it “documents individuals and organizations that promote hatred of the USA, Israel and Jews on North American college campuses.” Critics have accused it of seeking to intimidate pro-Palestinian college students and stifle their activism with the threat of a blacklist.

The Jewish Community Foundation of Los Angeles said in its statement to JTA that the four grants to Megamot Shalom were accompanied by a note saying only that the organization’s mission was to “fight anti-Semitism.”

In April, a coalition of pro-Israel students wrote in JTA that the Canary Mission website and its dossiers on student and faculty activists “is antithetical to our democratic and Jewish values, is counterproductive to our efforts and is morally reprehensible.”

Israeli border control officers have used information from the site to bar activists from entering the country, according to Haaretz.