Israel’s only Olympic gold medalist auctioning his medal, says he needs the money 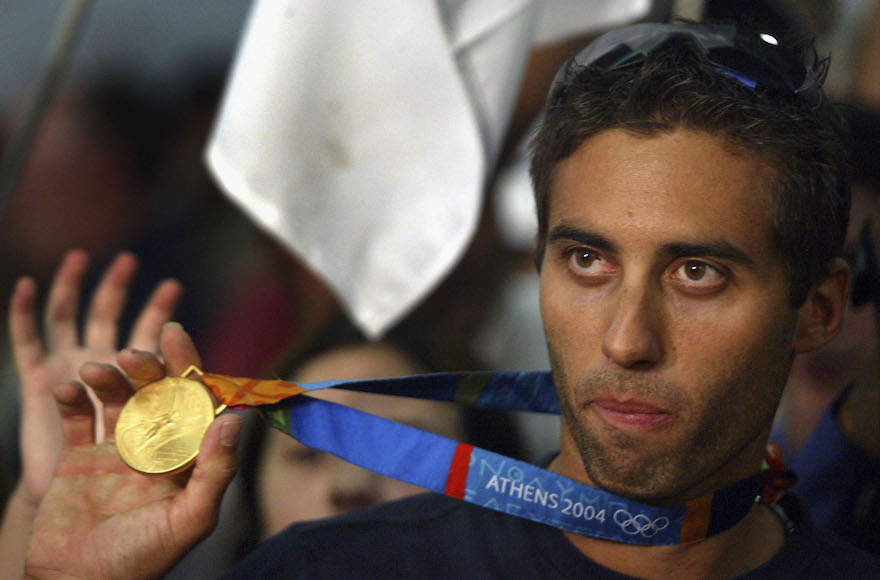 JERUSALEM (JTA) — Israel’s only Olympic gold medalist is planning to auction off his medal, saying he needs the money.

Gal Fridman in a post Monday on Facebook said he was looking for an expert on eBay “who understands how to auction a rare item, the only one of its kind in Israel.”

In response to some of the more than 100 comments, he acknowledged that he was planning to sell his gold medal.

Fridman, who took the gold in windsurfing at the Athens Olympics in 2004, told Walla Sport on Monday that “I’m checking how much it’s worth, I need the money.”

He is also the only Israeli to win two Olympic medals, having also won a bronze at the 1996 Summer Games in Atlanta.

Fridman, 43, retired in 2008 and trained other windsurfers. He currently works as an event photographer.

In 2005, the medal was stolen from a safe at the home of Fridman’s parents. It was found days later in a nearby forest. He said before it was found that “no amount of money will replace this medal; I cannot explain how sad I am.”