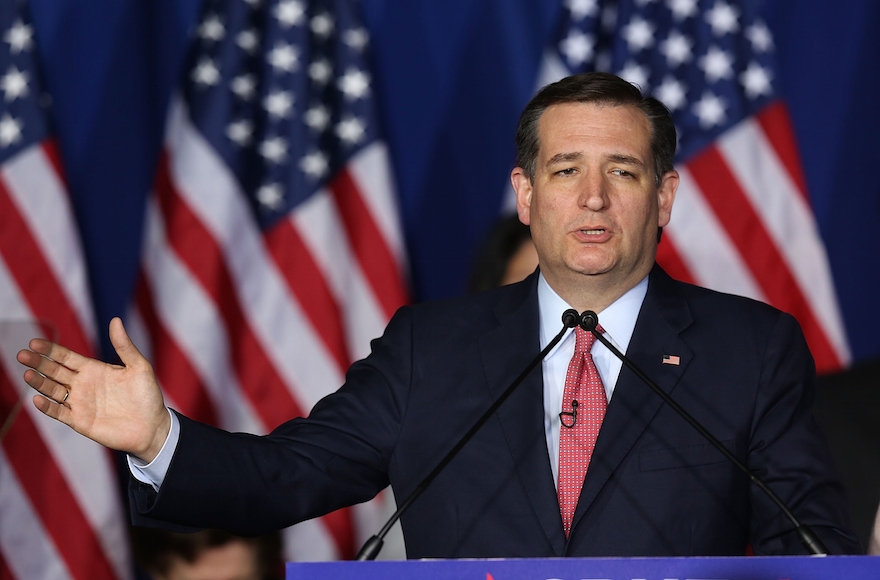 “Congressman O’Rourke is fond of saying he doesn’t take PAC money, but the truth is different,” Cruz said Tuesday after O’Rourke accused the incumbent of accepting big money from political action committees. “For example, the J Street PAC, which is a rabidly anti-Israel PAC, has raised over $160,000 for Congressman O’Rourke because of his many votes against the nation of Israel.”

O’Rourke has said and J Street has confirmed that O’Rourke accepts money from individual donors who route it through the J Street PAC, but does not accept money from the PAC itself. Donors sometimes route individual donations through PACs in order to emphasize to the candidate the issue that they favor.

“You know what? We honestly don’t care if Ted Cruz wants to insult us. If anything, being attacked by Ted Cruz is a badge of honor,” the group said in an appeal Wednesday with the subject line “Ted Cruz Attacks J Street.”

“What we care about is that extremists like him — elected officials who undermined the Iran deal, demonize Palestinians to score political points and believe the only way to be ‘pro-Israel’ is to support every policy of the Netanyahu government — hold power in Washington right now,” the appeal said.

Each candidate has raised huge amounts, in the tens of millions of dollars, for the November election.

Cruz’s reference to O’Rourke’s “many votes against the nation of Israel” appears to refer to O’Rourke’s vote in 2014 during that year’s Gaza war against emergency funding for Iron Dome, Israel’s anti-missile system. Cruz has previously mentioned O’Rourke’s vote.

O’Rourke has said that he objected to how the funding was rushed through, but he took a great deal of flak from the pro-Israel community for the vote.

This month, O’Rourke released a statement saying that he backs defense assistance for Israel because he “believes Israel is critically important to the United States because it is the home of the Jewish people, because it is an exemplary democracy that shares our values, and because it is a crucial contributor to our national security objectives in the region.”