Harvard once capped the number of Jews. Is it doing the same thing to Asian Americans now? 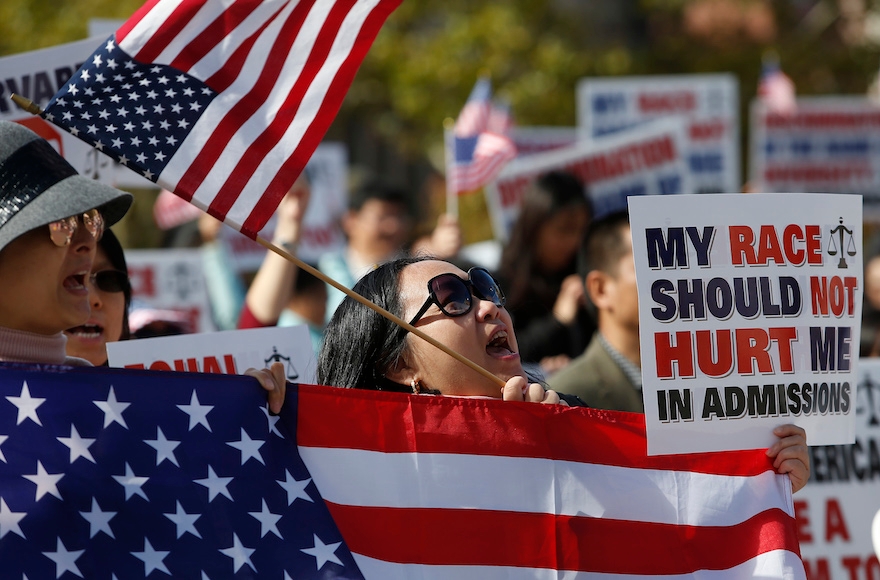 (JTA) — In 1922, Harvard University President Abbott Lawrence Lowell had a problem: His school had too many Jews. At least that’s what he thought.

As the country’s Jewish population ballooned in the early 20th century, the Jewish proportion of Harvard students increased exponentially, too. In 1900, just 7 percent of the Ivy League school’s students were Jewish. By 1922, the figure was 21.5 percent.

Lowell felt that some were of deficient character. And even if they weren’t, he feared they would drive away potential White Anglo-Saxon Protestant students who would go on to be America’s political and economic elite — as well as future donors to schools like Harvard.

“The summer hotel that is ruined by admitting Jews meets its fate, not because the Jews it admits are of bad character, but because they drive away the Gentiles, and then after the Gentiles have left, they leave also,” he wrote in a letter to a philosophy professor, as quoted in the book “The Chosen: The Hidden History of Admission and Exclusion at Harvard, Yale and Princeton,” by Jerome Karabel.

In response to a letter from an alumnus bemoaning that Harvard was no longer a “white man’s” college, Lowell wrote that he “had foreseen the peril of having too large a number of an alien race, and had tried to prevent it.”

Lowell eventually succeeded in changing the admissions standards at his Boston-area university to limit the number of Jews. According to Karabel, instead of admitting students solely based on academic achievement, the school began judging their surnames and photographs to determine if they were Jewish. It began classifying students as “J1,” “J2” or “J3” — conclusively Jewish, probably Jewish or maybe Jewish, respectively. It evaluated their “character” as well — a new standard that allowed Harvard to cap the proportion of Jewish students at 15 percent. The quota lasted until the 1960s.

Except that some people say it’s still happening — only this time the target is Asian Americans.

That’s the contention of a lawsuit that began Monday at a federal court in Boston arguing that Harvard discriminates against Asian-American applicants. The lawsuit, brought by a group called Students for Fair Admissions, makes accusations that, if true, would recall Lowell’s prejudices of nearly a century ago: It says Harvard rejects Asian Americans because it sees them as academically gifted but unexceptional in character.

And the lawsuit makes an explicit connection to Harvard’s history of discrimination against Jews.

“Harvard is using racial classifications to engage in the same brand of invidious discrimination against Asian Americans that it formerly used to limit the number of Jewish students in its student body,” it says. “Statistical evidence reveals that Harvard uses ‘holistic’ admissions to disguise the fact that it holds Asian Americans to a far higher standard than other students and essentially forces them to compete against each other for admission.”

In a 2012 article in the American Conservative, the magazine’s publisher, Ron Unz, cited National Center for Education Statistics data to charge that Harvard imposed a quota of 16.5 percent on Asian-American students starting in 1995 — following the example of the Jewish quota.

“Even more surprising has been the sheer constancy of these percentages, with almost every year from 1995-2011 showing an Asian enrollment within a single point of the 16.5 percent average,” he wrote. “It is interesting to note that this exactly replicates the historical pattern observed by Karabel, in which Jewish enrollment rose very rapidly, leading to imposition of an informal quota system, after which the number of Jews fell substantially …” 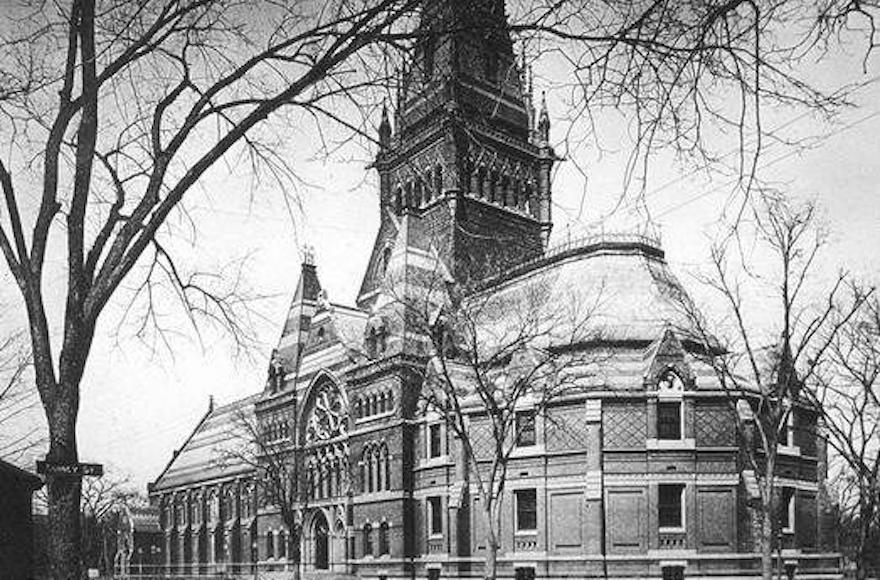 But some people — including, notably, Karabel himself — dispute that Asian Americans face the same bigotry as Jews did in the 1920s. Karabel, a sociology professor at the University of California, Berkeley, sees the lawsuit as an attempt to outlaw affirmative action — a longstanding desire of American conservatives.

Indeed, the lawsuit disparages Regents of Univ. of Cal. v. Bakke, a 1978 Supreme Court decision that serves as a basis for allowing race to serve as a factor in college admission policy.

“[T]he analogy between Jews and Asians that frames the current case against Harvard obscures more than it illuminates,” Karabel wrote in a column in the Huffington Post. “Unlike quotas, which substantially reduced Jewish enrollments, affirmative action has proved compatible with both an increase in Asian-American enrollments and expanded opportunities for African-Americans and Latinos.”

In other words, character was used as a means of depressing Jewish enrollment in the 1920s. But Karabel and others say that today, considering factors outside academic achievement — like extracurricular activities and life story — is meant to lead to a more diverse student body.

“The ideas being explored today are not so different from the ideas being explored then,” said Jonathan Sarna, the Joseph H. and Belle R. Braun Professor of American Jewish History at Brandeis University. “Diversity and other elements come into play, and that’s an interesting argument. And one might argue that there should be different kinds of universities, some of which would make decisions based purely on the basis of merit.”

The lawsuit has divided Asian Americans as well.

“There should be more pushback against all this admissions rigging against Asians — especially among liberals, who tend to pride themselves on their championing of minorities and equal opportunity,” Michelle Gao, a Harvard sophomore, wrote in the Harvard Crimson, the student paper.

But Robert Rhew, a Harvard alumnus, wrote in The New York Times: “Like many Asian-Americans and many Harvard graduates, I vigorously oppose the lawsuit. I reject the false equivalence of the argument that taking into consideration the race of applicants from underrepresented groups is the same as discriminating against everyone else.”

The suit could reach the Supreme Court and has the potential to reshape the way universities are allowed to consider race in their admissions.

But while quotas haven’t been a directly Jewish issue for half a century, Harvard College’s Jewish population has not recovered. According to Hillel International, it now stands at 11 percent — comfortably below Lowell’s quota.