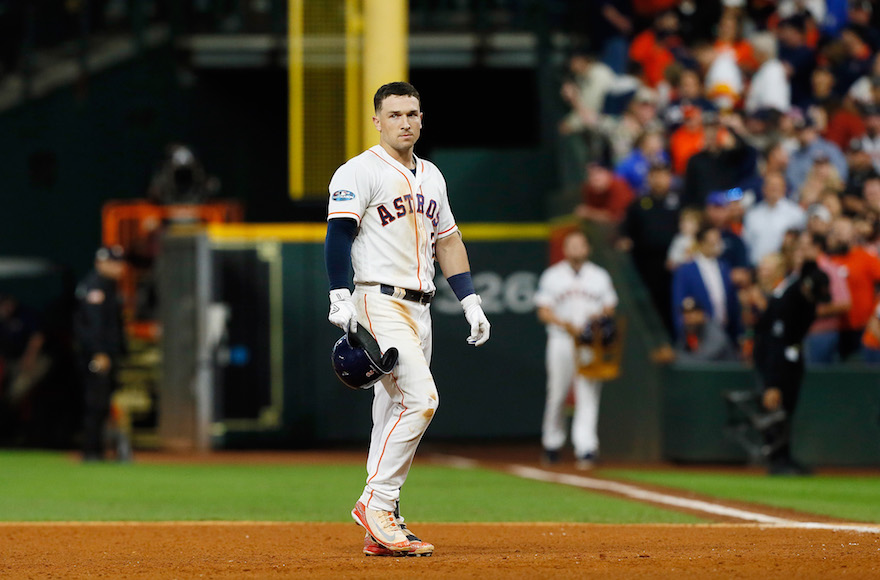 (JTA) — Ian Kinsler and the Boston Red Sox knocked out Alex Bregman and the Houston Astros to advance to the World Series.

The Red Sox won Game 5 by a score of 4-1 Thursday night behind strong pitching from David Price and a three-run home run by Rafael Devers. The Sox won the best-of-seven series and await the winner of the National League Championship Series between the Los Angeles Dodgers and the Milwaukee Brewers in the Series.

Kinsler, who is the son of a Jewish father and Catholic mother, went 2-for-4 for the Sox. This will be his third World Series appearance — his first two came as a member of the Texas Rangers, in 2010 and 2011.

Bregman, who is also Jewish, hit over .500 and slugged two home runs in the Astros’ last series against the Cleveland Indians, but he struggled in the Championship Series against Boston, tallying only two hits over the 5 games. He did, however, draw seven walks — a testament to how feared the young slugger has become. In the regular season, Bregman hit 31 homers and racked up 103 runs batted in — in addition to a league-leading 51 doubles.