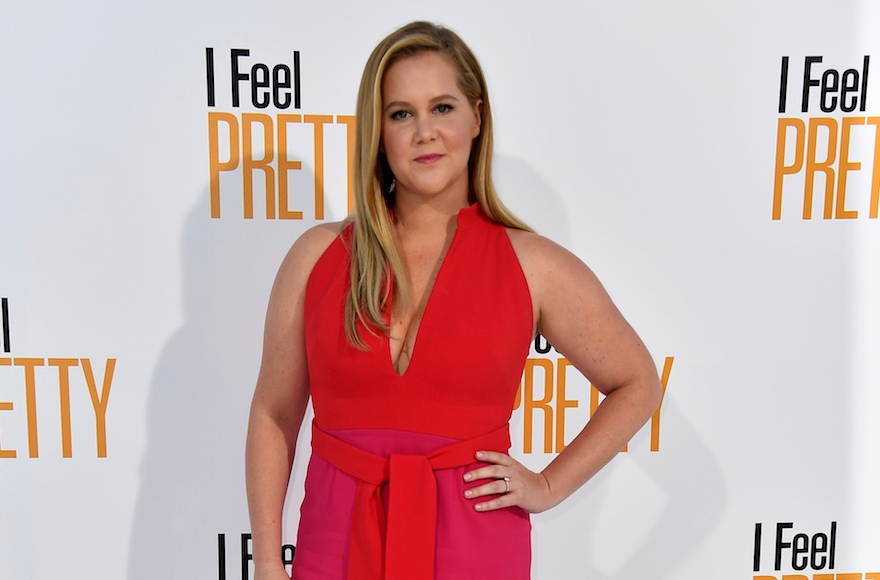 (JTA) — Amy Schumer announced on social media that she and her husband, Chris Fischer, are expecting their first child.

The Jewish comedian’s announcement appeared at the end of a list of her 20 recommended candidates in next month’s midterm elections that was posted on the Instagram story of journalist Jessica Yellin. The list ended with “I’m pregnant-Amy Schumer.”

Schumer also posted on Instagram a photo of her and Fischer’s faces Photoshopped on the bodies of Britain’s Prince Harry and wife Meghan Markle, who recently announced their first pregnancy, with the message “About to announce some exciting news.” The post added that Yellin, who runs the page #newsnotnoise, “agreed to post a lil noise today for me!”  Schumer also posted a photo of the list on Yellin’s page on her Twitter account.

Schumer, the star of “Trainwreck” and “Snatched,” and most recently “I Feel Pretty,” married Fischer in a small ceremony in February, which included breaking a glass, a Jewish wedding tradition.

About to announce some exciting news on @jessicayellin insta page. Please follow her for up to the minute #newsnotnoise she breaks down what’s really going on. She agreed to post a lil noise today for me! Follow her and VOTE!!