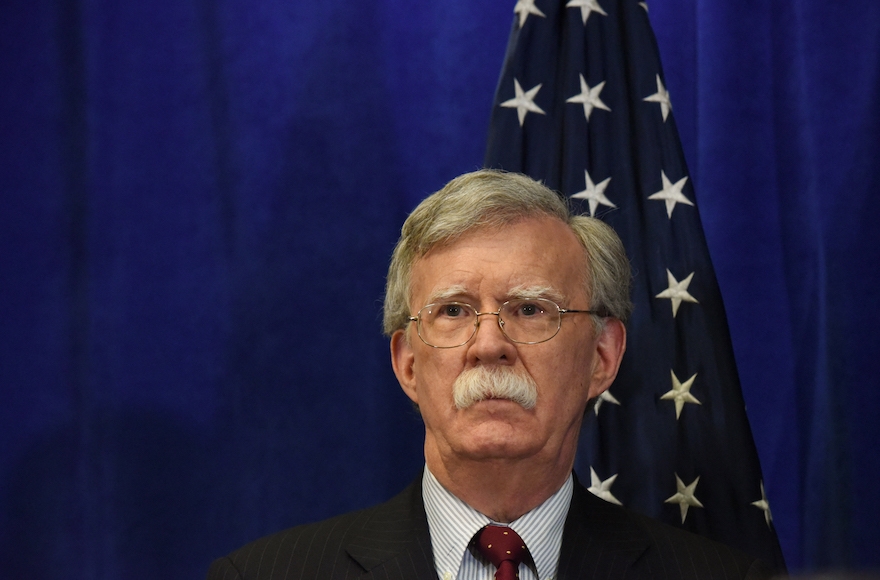 President Donald Trump was lavishly praised at the dinner for moving the U.S. embassy to Jerusalem.

Many speakers at the dinner made note of the shooting attack at a Pittsburgh synagogue that left 11 worshippers dead. Danny Danon, Israel’s ambassador to the United Nations, called the shooting “barbaric” and compared it to Kristallnacht. Bolton and Grenell also condemned the attack.

A number of liberals and Democrats have connected the massacre to Trump’s rhetoric. The shooting was allegedly carried out by a white supremacist who criticized Trump as too close to Jews but embraced a conspiracy theory peddled by Trump and his followers that a convoy of Central American migrants traveling through Mexico plans to “invade” the United States and is funded by liberal philanthropists including Jewish billionaire George Soros.

ZOA President Morton Klein said it was “political blasphemy” to connect Trump to the massacre, The Daily Beast reported.

“By introducing him I am making an important point, not only to the Jewish community but for the U.S. during this time of partisan and ideological division,” Dershowitz said. “As many of you know, Mort and I do not agree about every aspect of Israeli policies. We have fundamental disagreements. We are both ardent Zionists, but I am — alright? I am expecting a few boos here — I am a liberal Democrat trying desperately to keep support for Israel bipartisan. Not an easy thing … Despite our fundamental disagreements, Mort and I continue to engage in civil dialogue, in constructive engagement, and mutual education.”