These Jewish celebrities want you to vote in today’s election 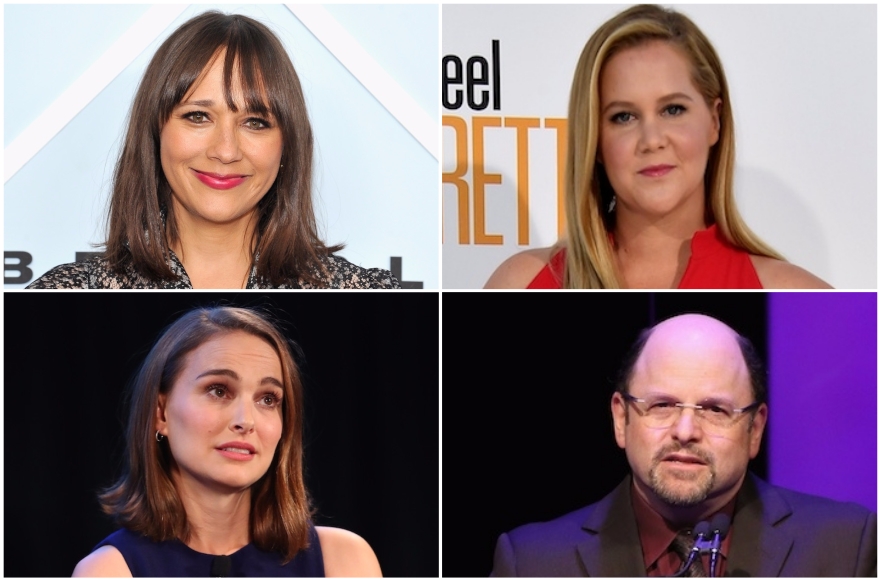 (JTA) — As Americans cast their ballots in today’s midterm election, Jewish celebrities are using social media to share their political views and urge voters to turn out to the polls. Here’s what some of the most famous Jews in the country had to say.

Amy Schumer did her part to support get-out-the vote efforts. The comedian — who has been very actively politically recently and even got arrested at an anti-Kavanaugh rally — shared a video of herself knocking on student doors at college dorms in Nevada.

“Seinfeld” actor Jason Alexander posted a selfie after voting, saying there was “nothing to it.”

Nothing to it. But hopefully not a vote about nothing. pic.twitter.com/UdmKXZi9x7

Comedian Billy Eichner shared his frustration with the state of gun safety in America and urged his followers to consider the issue when casting their ballots.

Sandy Hook, Vegas, Pulse in Orlando, Parkland, Pittsburgh -Republicans have controlled Congress for years and have done literally NOTHING to increase gun safety and help protect us. NOTHING. ENOUGH IS ENOUGH! Your vote today is a matter of life and death. https://t.co/1jTduAHcN9

“Parks and Recreation” star Rashida Jones used a fortune cookie to get her message across.

Actor and filmmaker Joseph Gordon-Levitt noted that he had already mailed in his ballot.

VOTE TODAY 🙂 I voted by mail a few weeks ago. NOT TOO LATE! https://t.co/2W7OMAQB8Z pic.twitter.com/BcB30dqly1

Comedian Chelsea Handler explained to her followers how to look up voting information.

Happy Election Eve! You can look up your polling place + hours by texting LOCATION to 21333

And you can look up a sample ballot to be prepared at https://t.co/1rvu4YzhWf

Israel-born actress Natalie Portman shared a photo from a Vanity Fair shoot and asked her Instagram followers not to forget to vote.

Honored to grace the cover of the December @VanityFair, on newsstands nationwide 11/6. Remember, remember the 6th of November. Vote! Photo by @ErikMadiganHeck. Styled by @SamiraNasr. Makeup by @romyglow. Hair by @orlandopita.

Actress Sarah Jessica Parker shared a video showing just how proud she is to vote.

I hope you are too. As the motto goes “Neither snow nor rain…stays…” THIS courier from getting to the polling place and casting my ballot. X,SJ

Josh Gad, of “Frozen” and “Book of Mormon” fame, shared an image of his family decked out in “I Voted” stickers.

Don’t let this bully intimidate you. Voting is your RIGHT if anyone gives you trouble at the polls call 866-OUR-VOTE and they will help https://t.co/mFKOBvb67I