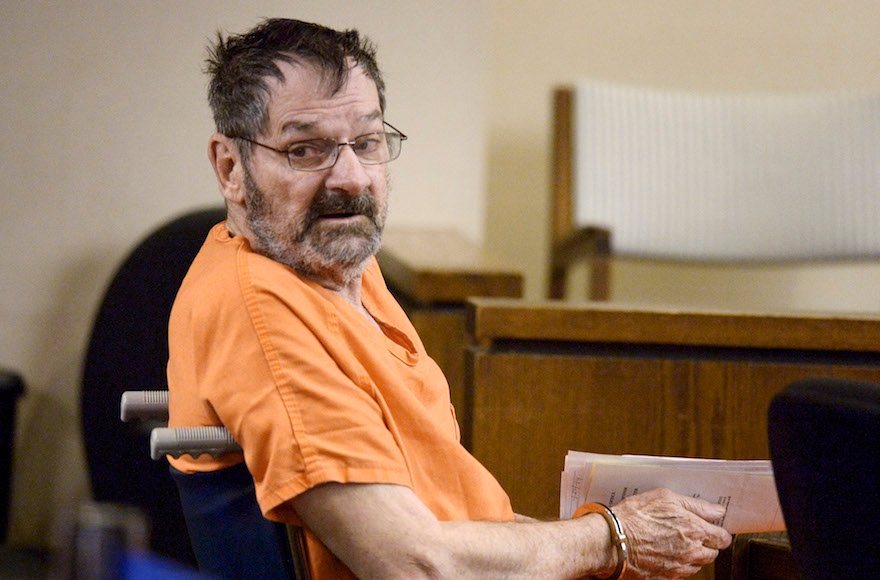 (JTA) — The family of a woman killed by a white supremacist in his attack on two suburban Kansas City Jewish institutions settled a lawsuit with Walmart, which sold one of the shotguns used by the assailant.

News of the settlement was announced Tuesday; the terms were not disclosed.

Terri LaManno was killed in the April 2014 attack outside the Village Shalom assisted-living facility in Overland Park, Kansas, where she was visiting her mother, who was a resident.

In August 2017, the family of the two other victims, William Corporon and his grandson, Reat Underwood, also settled with Walmart under undisclosed terms.

The shotgun Miller used to kill them was bought at a Walmart store in Republic, Missouri, a few days before the shooting. Miller, a convicted felon, could not legally purchase firearms, so he asked a friend to do it for him.

Miller was convicted of three counts of first-degree murder. None of the victims were Jewish, but Miller assumed they were when he shot them. In November 2016, he was sentenced to death.