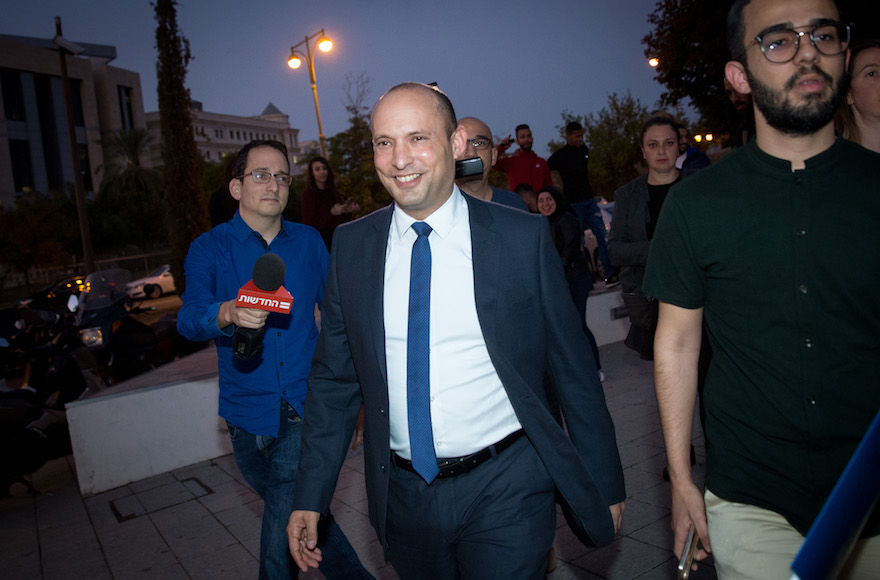 (JTA) — Israeli Prime Minister Benjamin Netanyahu said Friday that he is confident his coalition partners would not topple his government.

Netanyahu’s office issued a statement amid early election talk within the Jewish Home party, which can force Israel to go to the ballots a year earlier than planned by leaving the country’s governing coalition.

The prime minister “has confidence in the sense of responsibility of cabinet ministers not to make the historic error of toppling a right-wing government,” the statement said, the Israel Broadcasting Corp. reported.

Jewish Home’s leader, Naftali Bennett, has demanded that Netanyahu make him or someone else in the pro-settler party defense minister following the resignation of Avigdor Liberman, whose Yisrael Beiteinu party has pulled out of the coalition.

Liberman stepped down as defense minister in protest of Israel agreeing to a cease-fire with Hamas after the Palestinian terrorist group and others fired hundreds of rockets into southern Israel this week. Liberman argued that Israel should have crippled or toppled Hamas. Netanyahu took over the post, adding to the foreign minister portfolio he holds along with the premiership.

With Yisrael Beiteinu’s departure, the coalition in the Knesset, Israel’s parliament of 120 lawmakers, dropped to a bare majority of 61 seats. Jewish Home, with its eight seats, could topple the government by leaving and force an early election.

Stopping short of explicitly threatening to quit the coalition unless Jewish Home receives the Defense portfolio, senior party leaders did suggest that Netanyahu’s choice could determine whether an early election takes place.

“This week will decide whether we’re headed to elections or whether the Cabinet will continue until November 2019,” Justice Minister Ayelet Shaked, also a member of Jewish Home, said in a speech this week.