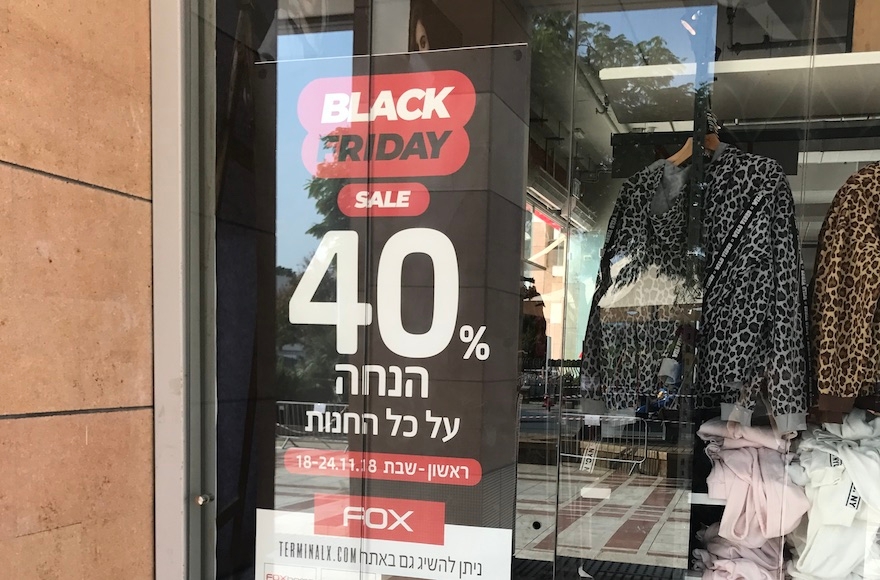 JERUSALEM (JTA) — Israeli shoppers broke the bank, literally, on Black Friday in malls across the country and online.

Tens of thousands of Israelis ran to malls on Friday, the day after Thanksgiving in America to take advantage of Black Friday sales. They also made heavy amounts of on-line purchases during Friday morning hours.

Black Friday sales in the United States came to a record $6.22 billion this year, a more than 23 percent increase from 2017, according to Calcalist.