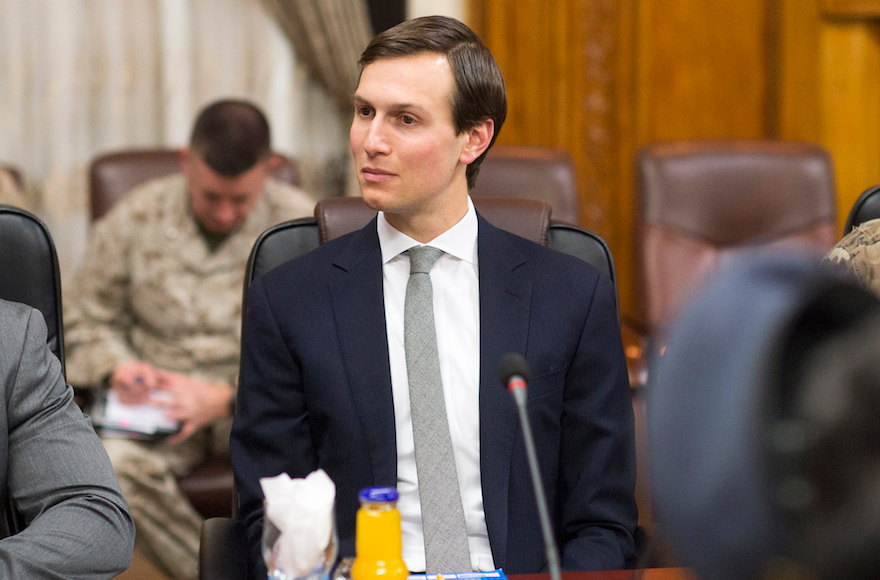 Jared Kushner sits in on a meeting with the chairman of the Joint Chiefs of Staff, Baghdad, Iraq, April 3, 2017. (Navy Petty Officer 2nd Class Dominique A. Pineiro)
Advertisement

Outgoing President Enrique Pena Nieto will bestow the Order of the Aztec Eagle on Kushner in a ceremony Thursday on the sidelines of the G20 Summit in Buenos Aires, Argentina, Mexico’s Reforma newspaper first reported.

The United States, Mexico and Canada are expected to sign the new NAFTA at the summit. Congress must still approve the pact.

Kushner, the Jewish son-in-law of President Donald Trump, has taken the lead for the Trump administration on U.S.-Mexico relations since the president took office in January 2017. Trump has stirred controversy with threats to build a wall at the border of the two countries to keep out immigrants.

Trump called the original NAFTA signed by the Clinton administration “the worst trade deal in the history of the country.” The deal removes import and export barriers among the three countries.

The Order of the Aztec Eagle has been given to foreign leaders, dignitaries, cultural figures and philanthropists.