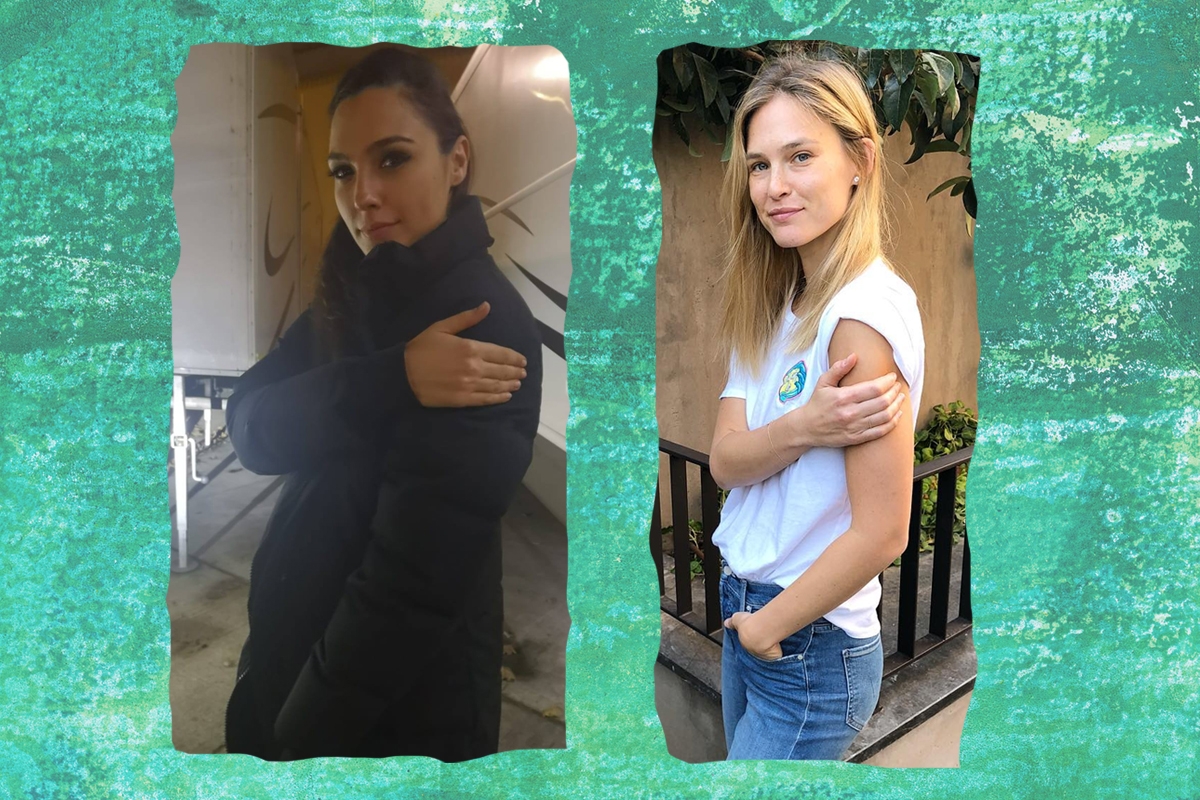 There’s a measles outbreak in Israel. It’s spreading to Orthodox communities in the United States, and many are speaking out encouraging parents to vaccinate their kids. Two prominent Israeli moms have added their voices to the conversation: model Bar Refaeli and actress Gal Gadot.

Refaeli posted to her 2.7 million followers on November 18 a photo of her covering her upper arm. She wrote, “on Tuesday 11/20, we are all uploading pictures with our hand on our vaccinated shoulder because a vaccinated environment is a safe environment!”

The Israeli model then added the hashtag “#מחוסגן,” which is a combination of the Hebrew words for “protected” (מוגן, mugan), “vaccinated” (מחוסן, mechusan), and “kindergarten” (גן, gan). The hashtag is part of a campaign started by doctors and parents encouraging all 13,000 private Israeli preschools to require full vaccinations. On their website, you can register your preschool or school as a vaccinated school.

Refeali, whose Instagram bio simply reads “Liv & Elle’s mom,” wants to encourage Israelis to get the MMR vaccine in order to stop the spread of measles in the country. Her two daughters, with husband Adi Ezra, are only 2 and 13 months.  On Instagram, there are currently 138 posts using the hashtag, showing Israelis covering their arms where they were vaccinated.

Gal Gadot picked up on this social media campaign, too,  in favor of vaccinations, posting on her Facebook (but only making it available to Israeli facebook users) with an image of her covering her arm, also using the hashtag.

(We also just wanna note it looks kind of like she may be on the set for Wonder Woman 2, based on the big coat she’s wearing and the distinctive braid in her hair.)

Gadot, according to The Jerusalem Post, wrote, “We’re all posting a photo with our hands on our vaccinated shoulders. Because an immunized environment is a protected environment in the eyes of medicine — listen to doctors. We should only experience health.” She ended her message with three emojis: the prayer hands 🙏, the strong arm 💪, and interestingly, the four-leaf clover, 🍀.