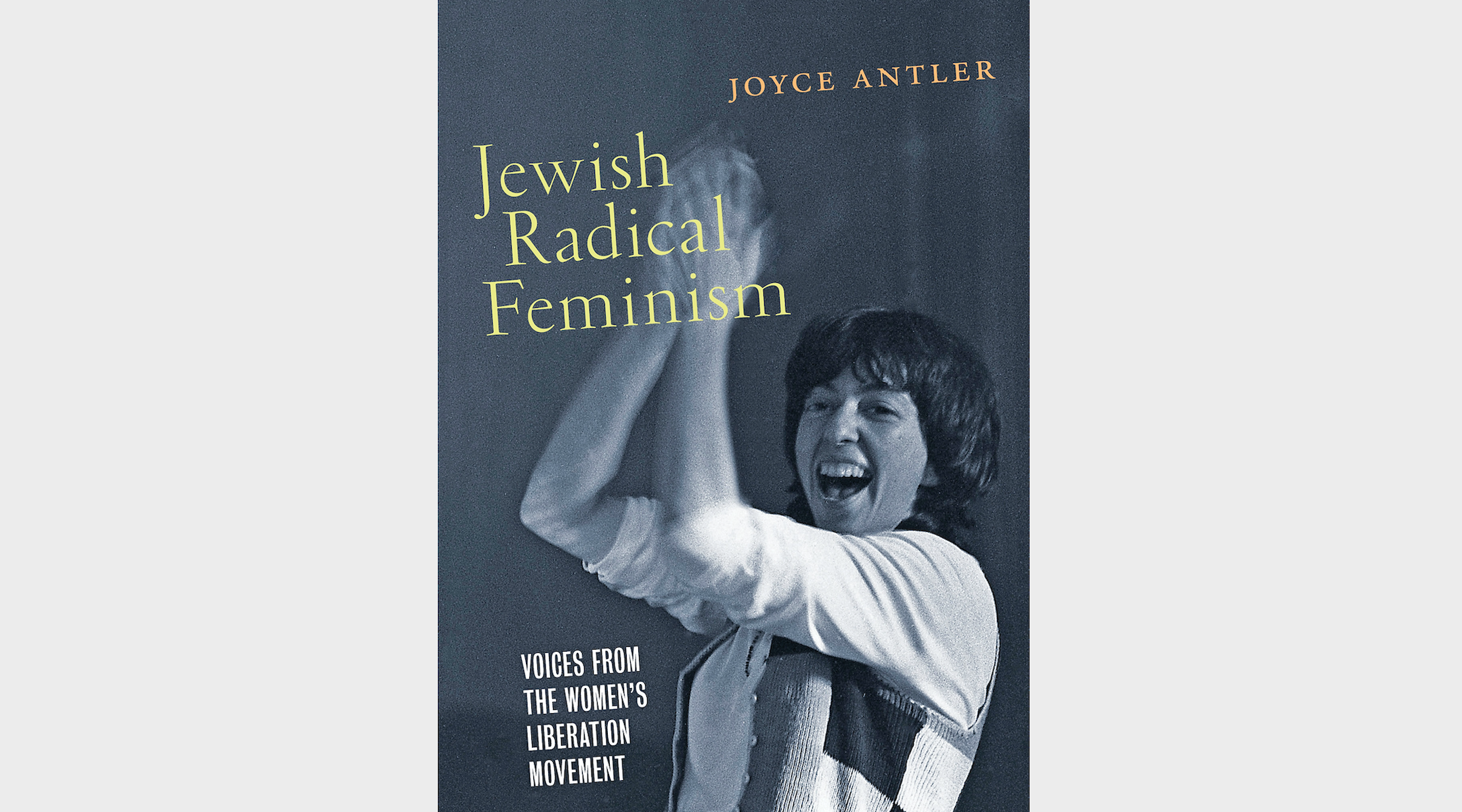 BROOKLINE, Mass. (JTA) — Heather Booth, Amy Kesselman, Vivian Rothstein and Naomi Weisstein. The names of these bold and influential radical feminists may have faded in recent years, but they remain icons to students of the women’s liberation movement of the early 1960s and to generations of women activists since.

The Gang of Four, as they dubbed themselves, were among the founders of Chicago’s Women’s Liberation Union. They were disillusioned by their less-than-equal status — among the men in their leftist political circles and in society at large. Eager to confront the patriarchal norms and systemic sexism around them, they began meeting in a West Side Chicago living room, talking about all aspects of their lives.

Over weeks, months and years, no subject went unturned, from the political to the sexual to the personal. They were “ready to turn the world upside down,” recalled Weisstein, an influential psychologist, neuroscientist and academic who died in 2015.

But one subject never came up: the Jewish backgrounds of the majority of the group.

“We never talked about it,” Weisstein said.

About seven years ago Antler, a pioneering scholar in American and women’s studies and professor emerita of Brandeis University, reached out to Weisstein and others in the collective and asked what role their Jewish identities played in their early activist days as radical feminists.

The prevalence of Jews in leftist groups and the women’s liberation movement was embarrassing and something to hide, Weisstein elaborated in lengthy phone conversations with Antler. To claim a Jewish identity countered the universalist vision and the broad social and political causes embraced by their movement.

The story of the Gang of Four is told in the opening pages of “Radical Jewish Feminists: Voices from the Women’s Liberation Movement” (New York University Press), a captivating and timely new book by Antler that brings to light, for the first time, the ways in which feminist trailblazers  were influenced by their divergent and often unspoken Jewish backgrounds.

Antler’s book has expanded the Jewish story, according to Judith Rosenbaum, executive director of the Boston-based Jewish Women’s Archive. 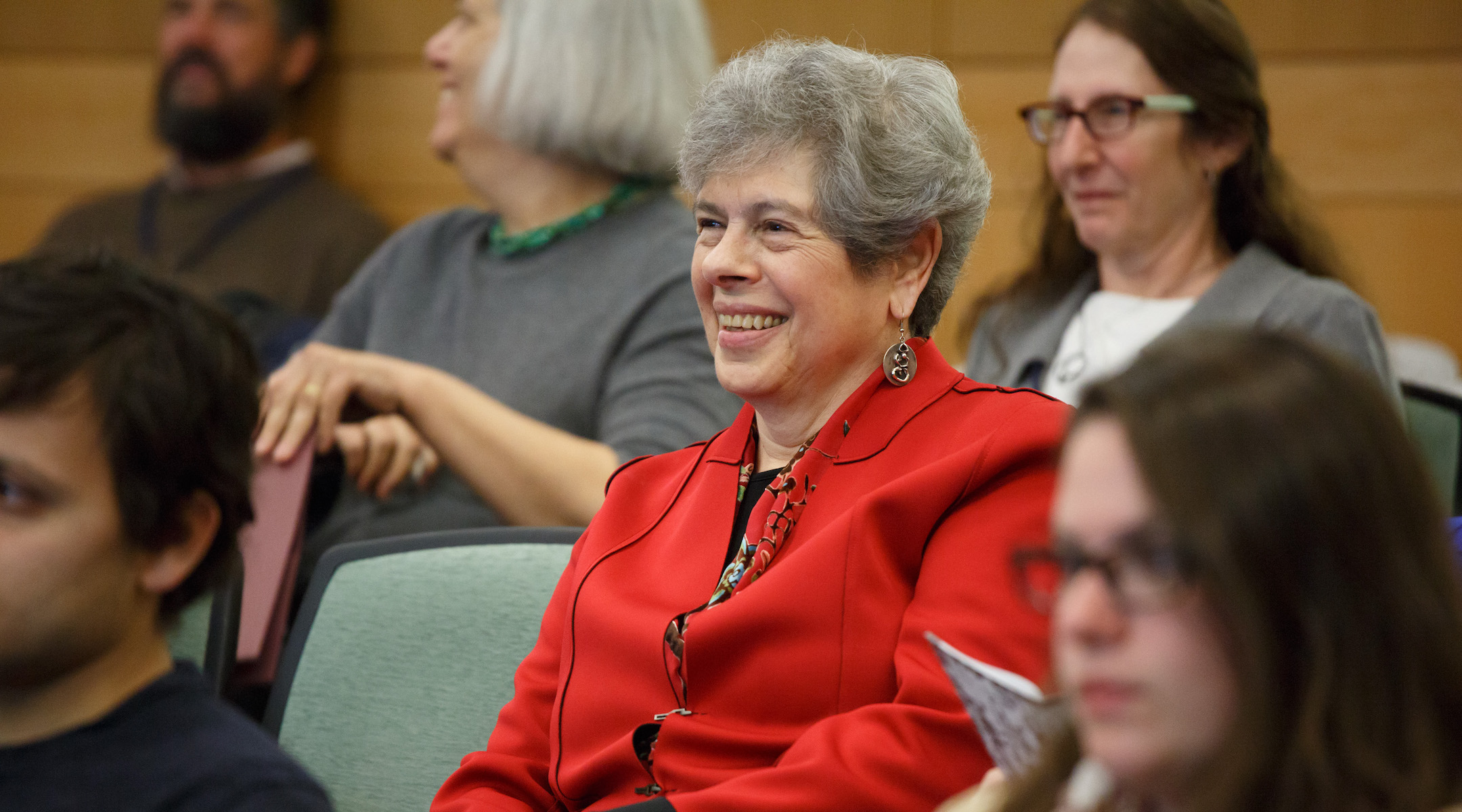 “The book creates context for understanding Jewish women’s activism in secular American feminism,” she wrote in an email. “It also provides important historical context for current struggles around feminism and antisemitism.”

“It is shocking, isn’t it?” Antler observed about the fact that this story has gone under the radar for so long.

“But not to talk about that is just a failure to see why Jewishness is so important to their lives,” said Antler, in a wide-ranging conversation in her book- and art-filled home.

Among her books are six focused on Jewish women, including “You Never Call! You Never Write! A History of the Jewish Mother,” “The Journey Home: How Jewish Women Shaped Modern America” and “America & I: Short Stories by American-Jewish Women Writers.”

Her new book tells two related stories: of Jewish women who looked outward to address universal feminist causes, and of Jewish women who, beginning in the 1970s, confronted male-dominated Jewish institutions, both religious and communal. The latter subjects include Blu Greenberg, founder of the Jewish Orthodox Feminist Alliance, and Irena Klepfisz, a child Holocaust survivor and noted poet and academic who was among the founders of Di Vilde Chayes, the New York-based lesbian feminist collective.

It wasn’t easy for the women who challenged the traditional Jewish hierarchy.

“They often had to turn against their so-called allies and mentors,” Antler said, “and their struggles were often very difficult.”

Universal feminists faced their own struggles. Among the reasons the early radical Jewish feminists avoided the subject of their Jewish identity was that as young women, many in their 20s, they were rebelling against identities they associated with their mothers, Antler said.

On the political end, they put personal identities aside in order to help liberate all women, including those who were oppressed minorities or from poor and working class backgrounds. Anti-Semitism also was a factor, especially among those who lumped Jews among their white oppressors.

In 1975, Susan Schechter, who became a prominent leader in the battered women’s movement, wrote movingly about the disapproval she faced for forming a Jewish caucus at the 1975 National Socialist Feminist Conference. She described being torn between her leftist and Jewish identities.

That same year, Letty Cottin Pogrebin would be outraged when a women’s conference in Mexico was hijacked by anti-Israel activists who declared that Zionism was racism — a foreshadowing of current debates that have pitted anti-Zionists in the anti-Trump resistance against Jewish women who feel ostracized as a result.

“They weren’t harassed, but to name yourself as a Jew in the women’s movement, sadly, was not a positive experience,” Antler observed.

Anti-Semitism has been present in the women’s movement to varying degrees across many decades, she said, but it must be called out.

“Silence is not a good strategy,” she said.

Antler is an adherent of the “big tent” approach to respecting voices on all sides of the often polarizing debate of the Israeli-Palestinian conflict, but she recognizes that not all women activists share her Zionist views.

She was keenly aware of the involvement of individual Jewish women in radical feminism, but it was not until about 20 years ago that she began to appreciate the significant numbers. Antler estimates that two-thirds to three-quarters of the women in some collectives were Jewish.

“That is history. And it wasn’t being told,” she recalled thinking.

In 2011, she convened a conference, “Women’s Liberation and Jewish Identity,” another first, that brought together 20 women from the secular radical feminist movement and the same number from the Jewish religious and communal organizations.

“It was electrifying,” Antler recalled of the two-day program at New York University, where she was a visiting scholar. The participants “were googly-eyed,” she said, noting that many of the women from across the divide had never met.

Their stories form the core of Antler’s book.

Antler was most struck by the diverse cultural and religious Jewish backgrounds of the women. So many credited what they identify as Jewish values as having strong and positive influences on their lives and work.

She was surprised, too, at the elasticity of Jewish identity.

“This tradition. It can go in so many different directions. It serves so well,” she said.

While their reticence was understandable on many levels, Antler acknowledged it came at a cost.

“To have this connection and this history so buried and so underground, we lose the significance of what this tradition has meant and what these women have done,” she reflected.