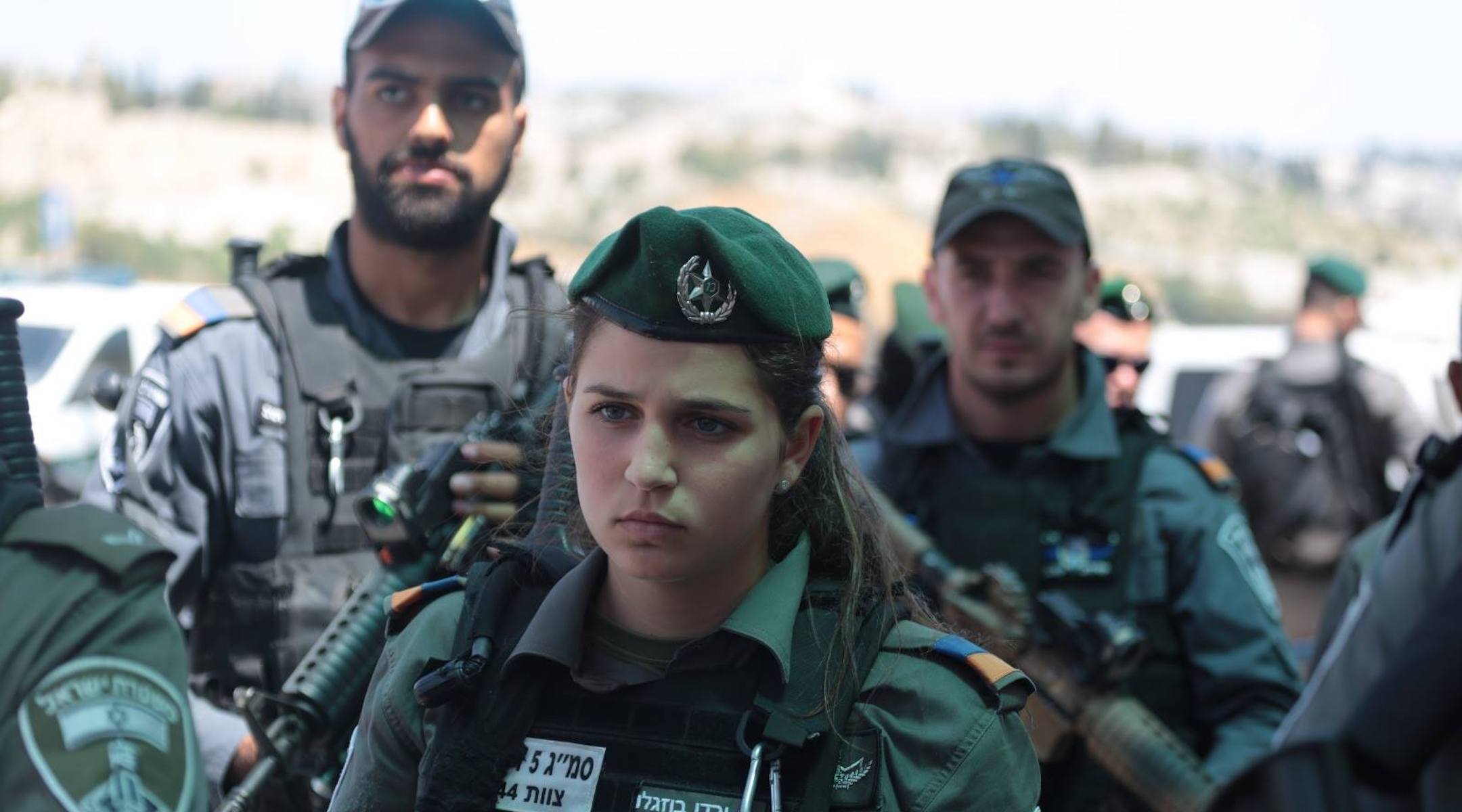 Members of the groups Vermonters for Justice in Palestine and Jewish Voice for Peace are claiming the withdrawals in two liberal redoubts as a significant victory in their efforts to foil police security seminars in Israel conducted by the Anti-Defamation League and others. JVP runs a national campaign, “End the Deadly Exchange,” claiming the seminar promotes “discriminatory and repressive policing in both countries.”

The Vermont State Police and the Northampton, Massachusetts, Police Department pulled out of the ADL’s New England leadership seminar in Israel titled “Resiliency and Counterterrorism.”

In a statement, Vermont State Police spokesman Adam Silverman said that its director, Col. Matthew Birmingham, had accepted ADL’s invitation to join the seminar because it offered “an opportunity to interact with Israeli and Palestinian law-enforcement agencies, observe the security strategies and systems Israel uses to prevent terror attacks, and discuss the challenges the parties face in the region.”

Later, however, Birmingham said he “heard concerns from fellow Vermonters about attending the seminar,” the statement said. “The Colonel and Commissioner of Public Safety Thomas D. Anderson weighed the pros and cons of the trip and after discussing the options agreed that it would be in the best interests of the Vermont State Police for Col. Birmingham to withdraw his participation.”

In a statement emailed to JTA, Silverman said “This decision should not be interpreted an an endorsement of the positions held by the groups that spoke out against the trip.”

The Jewish Communities of Vermont held a meeting with Birmingham in Burlington on Dec. 5. Afterward, the coalition of local Jewish organizations said it was supporting the formation of a “rapid response team” to  address actions like this in the future.

In Northampton, Police Chief Jody Kasper told the media, “The mayor and I discussed the matter and thought it was in the best interest of the city if I not attend.”

Kasper, who had been scheduled for the ADL seminar, first learned about it while serving with ADL New England regional director Robert Trestan on the governor’s hate crimes task force, according to the Daily Hamphsire Gazette.

After objections were made by the local chapter of JVP, Northampton Mayor David Narkewicz met with people from a range of groups. Narkewicz told the Hampshire Gazette that he canceled the trip in the best interests of the city.

Rabbi Justin David of Congregation B’nai Israel was among those who met with the mayor as Narkewicz and Kasper considered whether to cancel the police chief’s participation. Narkewicz believed the trip could have been a worthwhile educational opportunity, David said. While members of his congregation are upset about the decision, David told JTA he takes the mayor at his word — that the choice was made in the best interests of the city.

The rabbi rejects the narrative that all of those who support BDS are anti-Semitic and said he has worked with many such activists on social justice causes. He and others from his congregation, one of two in Northampton, are meeting with the mayor on Monday. David said he hopes to find ways to go forward in a positive way.

Kathy Shapiro, an organizer for Vermonters for Justice in Palestine, explained her group’s opposition to the trip in an exchange with the Jewish Advocate.

“I would like to make one thing very clear – this action had nothing to do with the BDS movement,” she told the Advocate. Both groups openly support the Boycott, Divestment and Sanctions movement targeting Israel.

“I know from many sources – often participants themselves – that these seminars, especially the ones that take participants to Israel, utilize Israel’s vast experience in surveillance, illegal search and indefinite detention, punitive home demolition and targeted assassination against the Palestinian population,” she wrote.

“In Vermont, where there is already a very high level of racial profiling and conviction and imprisonment of people of color and other minorities – despite that fact that we’re a very homogeneous state that’s 95 percent Caucasian – we do not need this kind of training.”

Shapiro said neither she nor any of her colleagues spoke directly with Vermont State Police leadership.

In a statement, the ADL’s Trestan, who is in Israel for the seminar, denied claims about the seminar by JVP and others.

“The assertion that American Jewish institutions are responsible for rising levels of police brutality and racism against people of color in the U.S. because of this program is patently false and neither helpful in dealing with the racial challenges facing this country nor in solving the complex Israeli-Palestinian conflict,” Trestan said.

Shellie Burgman, the ADL’s regional communications spokeswoman, said seminar participants do not meet with the military.

“There is no tactical military style training involved in this program,” Burgman told JTA in a phone conversation. “The purpose of the trip is to provide senior law enforcement from New England an educational opportunity to study the latest techniques and tools in preventing and responding to terror attacks with the goal they can be better prepared for extremism at home.”

The trip, which left Dec. 2 and runs through Dec. 11, is funded and organized by ADL New England. About 15 participants are taking part in a program that has brought about 100 New England law enforcement officials to Israel since 2002.

Burgman said that participants meet with senior officials from both Israeli and Palestinian law enforcement.

Rachel Weber, an organizer with the Western Massachusetts chapter of Jewish Voice for Peace, said she attended a meeting with Narkewicz and Kasper of Northampton.

Upon learning about the trip from JVP, Vermonters for Justice in Palestine raised its objections in a letter to the State Police, according to Wafic Faour, a Palestinian American who is a member of the group’s steering committee.

His group worked with the national JVP and formed a local coalition with other organizations, including those representing people of color, migrants and indigenous people with whom they have worked for more than two years in passing legislation on police accountability and fair policing, Faour told JTA in a phone conversation.

“There is not a scintilla of truth to any of these claims” by the seminar’s critics, said Rabbi Bill Hamilton, of Congregation Kehillath Israel in Brookline, who serves as a chaplain to the Massachusetts State Police. In an email from Israel, where he is participating in the seminar, Hamilton described the accusations as “reckless and false and unsubstantiated.”

In an interview in 2016, after attending his first ADL counterterrorism seminar, Hamilton said it was eye opening and offered participants a behind-the-scenes look at how Israel responds to threats to public safety. He also commended the trip for forging a professional network for participants to confer with each other over issues of security.

The Boston Police Department, members of which have previously attended the seminar, “reportedly also received pressure to withdraw but did not,” according to the Jewish Advocate.

Boston police did not respond to the Advocate’s requests for comment, but WGBH reported that two top-ranking officers planned to attend.

Earlier this year, the City Council in Durham, North Carolina, voted unanimously to bar its police department from taking part in “military-style training” programs abroad, a measure that focused on Israel.

Former Durham Police Chief Jose Lopez, who spent a week in Israel on an ADL program, told the council that none of the training involved “militarization.” He said the training dealt with “leadership, it was learning about terrorism and then learning about how to interact with people who are involved in mass casualty situations and how to manage mass casualty situations.”