Alexandria Ocasio-Cortez says she is descended from Sephardic Jews 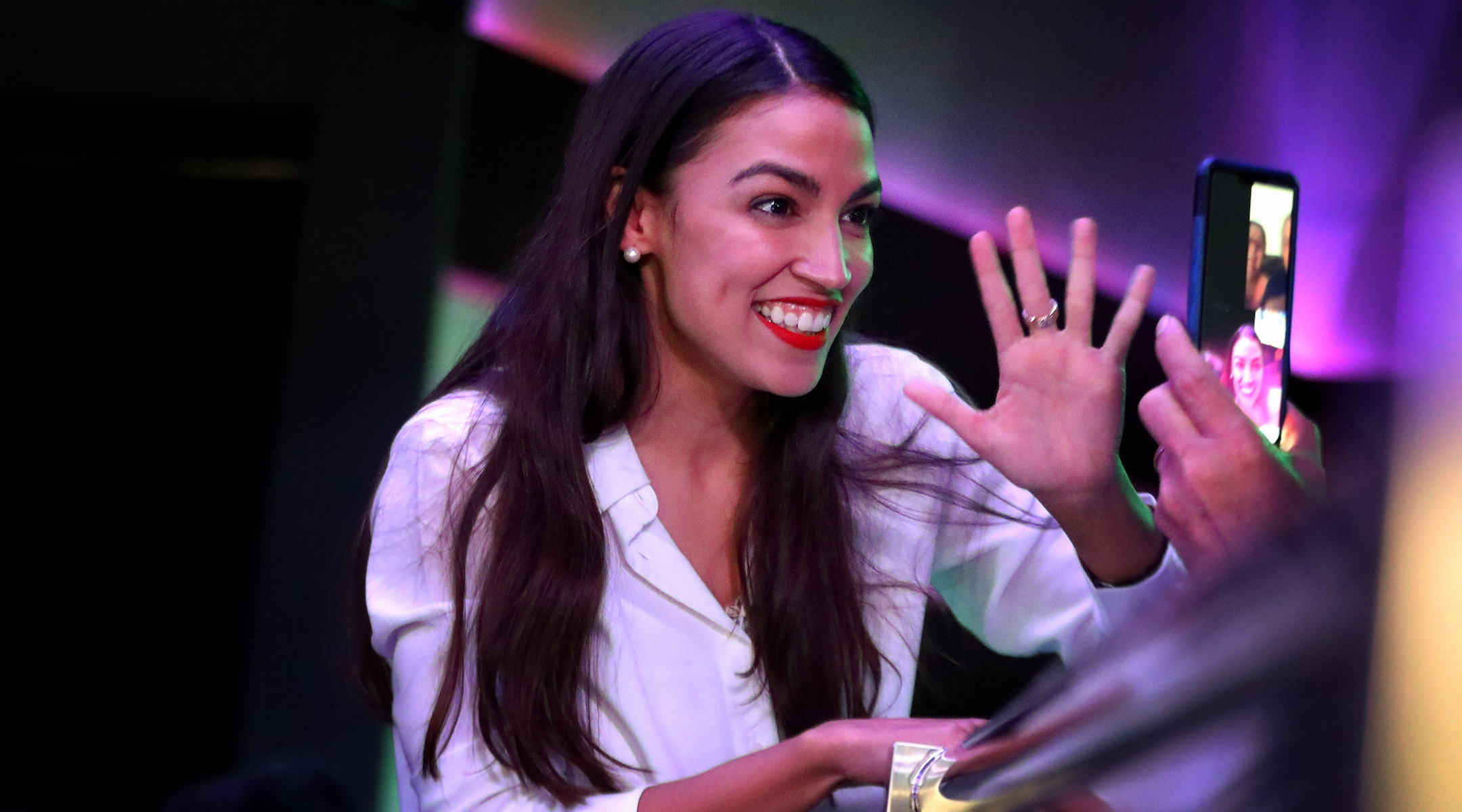 (JTA) — Rep.-elect Alexandria Ocasio-Cortez announced at a Hanukkah candle-lighting ceremony that she is descended from Sephardic Jews who fled to Puerto Rico during the Spanish Inquisition.

Ocasio-Cortez, a progressive Democrat, broke the news to a crowd gathered Sunday night at the Jackson Heights Jewish Center in Queens. It was a party organized by the group Jews for Racial and Economic Justice.

“One of the things that we discovered about ourselves is that a very, very long time ago, generations and generations ago, my family consisted of Sephardic Jews,” she said, according to a video of the event posted on Twitter by Taly Krupkin, a Haaretz reporter. “The culture in Puerto Rico was that people would open their closets and there would be a small menorah inside.”

She said that her knowledge of her ancestry came from “doing a lot of family trees in the last couple of years.”

“I think what it goes to show is that so many of our destinies are tied beyond our understanding, beyond even what we know,” she said, according to the Washington Post.

At Hanukkah event with @JFREJNYC in an moving speech, @Ocasio2018 shares that her family were Sephardic Jews who fled to Puerto Rico. “So many of our destinies are tied beyond our understanding” pic.twitter.com/68bjuCFnDD

In a tweet, the incoming congresswoman also posted a video of her learning to dance the hora at the event, writing: “I can never turn down an opportunity to try a new dance.

Plus I can never turn down an opportunity to try a new dance! 💃🏽 pic.twitter.com/qwTXLXGrDb

Ocasio-Cortez is affiliated with the Democratic Socialists of America, which supports the Boycott, Divestment and Sanctions (BDS) movement targeting Israel, though she has not taken a stand in favor of an Israel boycott.

She has, however, expressed support for the Palestinian cause and for a two-state solution, and in a tweet called the killing of some 60 Palestinians on May 14 during the 2018 Gaza border protests a “massacre.”

She later said in an interview that her Puerto Rican roots helped her relate to the Palestinian protesters.