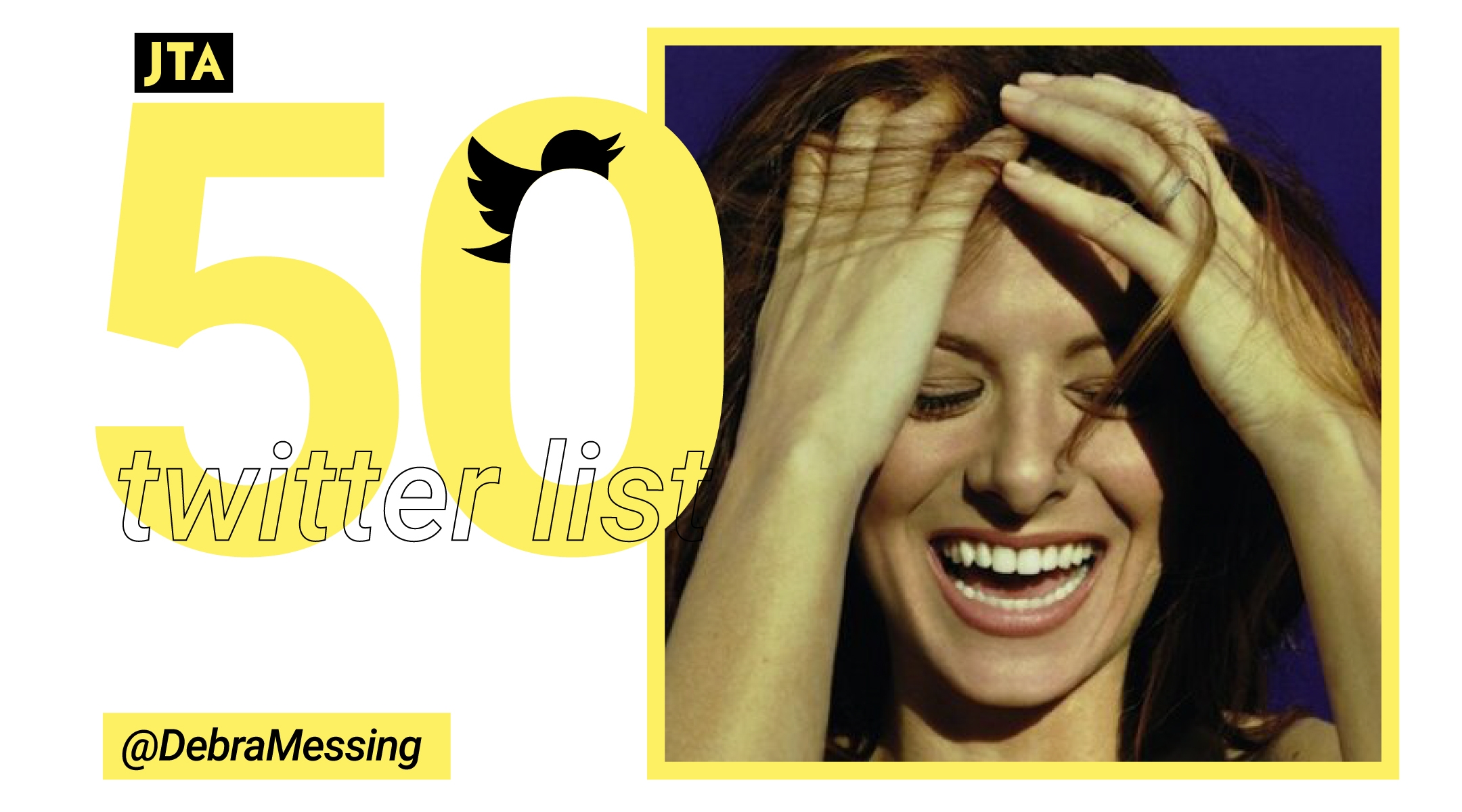 Messing uses her popular Twitter feed to advocate for progressive causes (like abortion rights, gun restrictions and environmental protections), and to push for women’s and LGBTQ rights, equity and power in Hollywood. Her Jewish identity often infuses her haimish feed.

It’s where she calls attention to anti-Semitic incidents and rhetoric:

And where she teaches followers how to identify anti-Semitism:

This is a very important piece about what Anti-Semitism is—for the left and the right. It is created by the Jews For Racial and Economic Justice. https://t.co/N5j3vGkPaT

It’s where she remembers the Holocaust:

One-third of Americans don't believe 6 million Jews were murdered during the Holocaust I CANT RECONCILE THIS .https://t.co/J1nbTCGVQQ

And where she nods to Jewish holidays. She rearranged her filming schedule for the High Holidays, and when Democrat Doug Jones won an Alabama Senate seat last December, Messing called it “A Hanukkah Miracle.”