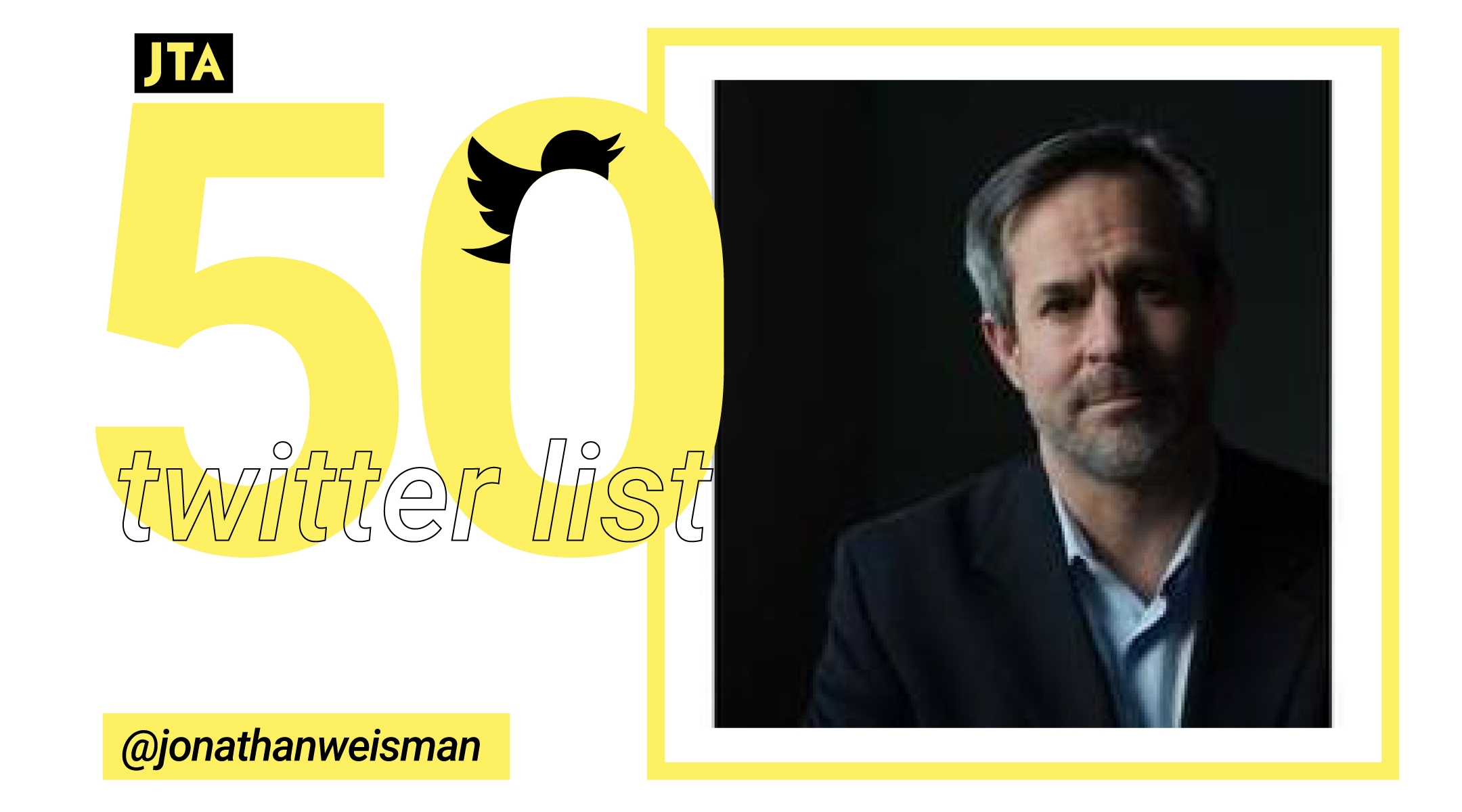 As the deputy Washington editor for The New York Times, focusing on the hullabaloo of modern politics, Jonathan Weisman was an unlikely candidate to become one of the most outspoken tweeters about anti-Semitism in the United States.

But after writing during the 2016 presidential campaign that some of Donald Trump’s supporters seemed anti-Semitic (fellow Jewish writer Julia Ioffe had been inundated with hateful messages after publishing her GQ profile of Melania Trump), Weisman himself was attacked by anti-Semitic trolls.

He left Twitter at first because of the deluge, but fought back, putting his Twitter name in an “echo,” the three parentheses symbol anti-Semites use to identify Jews on social media. Weisman has since authored a book on the subject, “(((Semitism))) — Being Jewish in the Age of Trump,” and spoken on anti-Semitism on panels and ADL events. His Twitter cover photo still blares the echo symbol like Batman’s signal.

Of course, he tweets strongly and consistently about the topic.

Holding any Jew anywhere and every Jew everywhere responsible for the actions of the Israeli government is collective punishment and anti-Semitism, pure & simple. More to the point, Muslims and Jews need to stand together against rising bigotry. https://t.co/Pts8dCBDX0

On Bernie Bernstein, the new anti-Semitism and thinking the worst about Jews and the media in the Deep South. Oy. https://t.co/SFTgrbjaDd